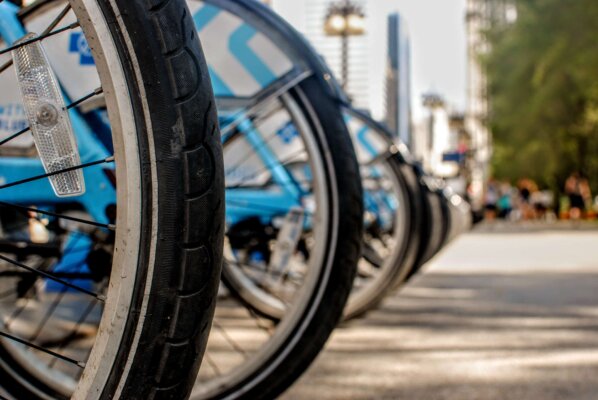 ABC’s Shark Tank may be coming to the Portland region—not in the form of a reality TV special, but as a taxpayer-funded project that positions the Metro regional government to act as a venture capital firm. Rather than investing in the success of growing businesses, however, the Sharks at Metro plan to fund temporary pilot projects that test new transportation technology.

Metro proposes that its Partnerships and Innovative Learning Opportunities in Transportation (PILOT) program—a component of the Emerging Technology Strategy—would help meet its “guided innovation” goals, but the shortsighted approach of this program ignores a vital question: Are risky technological investments the best use of taxpayer funding?

In a presentation at a Metro work session in July, Senior Technology Strategist Eliot Rose suggested the PILOT program would “guide innovation in transportation technology toward creating a more equitable and livable region.” Embedded in the presentation were numerous contradictions, beginning with the oxymoron of “guided innovation.” In Metro’s case, guided innovation more than likely means “hindered innovation,” with PILOT funding being a carrot-and-stick method of ensuring that emerging technologies take the direction technocrats deem appropriate, not the direction consumers are demanding.

By allocating government funding to the transportation projects of its choice, Metro risks preventing better ideas from emerging and hampering the innovation necessary for real progress to take place. As Metro strategist Rose noted, ridesharing, bikesharing, and other technologies PILOT wishes to foster have already been expanding in Portland. This technological progress has taken place with private investment, yet Rose still concludes that public money is needed for it to continue.

During the July work session, Metro staff claimed that the government “needs to intervene to bring technology to people and communities that the market doesn’t serve.” This assumption presents another contradiction: If an investment isn’t cost-effective for a private actor, what makes it a cost-effective investment to Metro? And how can successful projects be expected to continue without public funding, if the projects’ functions wouldn’t otherwise be demanded by the market?

Furthermore, Metro’s plan risks sinking taxpayer money into potentially unsuccessful projects. The $165,000 Forth-Hacienda project was presented by Metro as an example of a successful pilot project—not because the project itself was successful, but because its failure offered a great learning experience. The desire to better understand new technologies is not without merit, but the experimental nature of such pilot projects hardly makes them a good fit for taxpayer funding.

For all the project’s flaws, discussion about Metro’s Emerging Technology Strategy has included some promising aspects. For instance, during the work session, Metro Councilor Shirley Craddick brought up the idea of transitioning some of TriMet’s responsibilities to ridesharing networks. Considering more innovative modes for public transportation would be a step in the right direction and likely would improve cost-effectiveness, quality, and ridership of transit while meeting the needs of the populations Metro seeks to assist.

Transit vouchers could be spent on a variety of transportation options, including TriMet and the newer technologies the PILOT program intends to target, such as rideshare, bikeshare, and electric vehicle and autonomous vehicle rentals. Putting the money directly into the hands of transit users could drive innovation through consumer sovereignty on the demand side, encouraging competition and making companies work to meet transit users’ needs instead of Metro’s project specifications.

With its PILOT program, Metro seeks to encourage innovation while managing risk; but any risk associated with developing new technologies should be borne by the companies driving the innovation, not by the public. If Metro moves forward with the PILOT program, it will only hinder its own goals. Instead of shaping existing markets in the private sector, Metro should focus on applying technological improvements to public transportation options.

Moreover, Metro should reform the regulatory framework and barriers to entry that may be preventing the emerging transportation technology market from functioning at its best. After all, the expansion of Uber and Lyft in Portland didn’t take place because Portland subsidized these companies. It happened because Portland stopped banning them. Metro councilors and staff can’t foresee the direction that new technologies will take, so they can’t know enough in advance to guide the direction of innovation or adequately manage its risks. The best they can do is get out of the way.