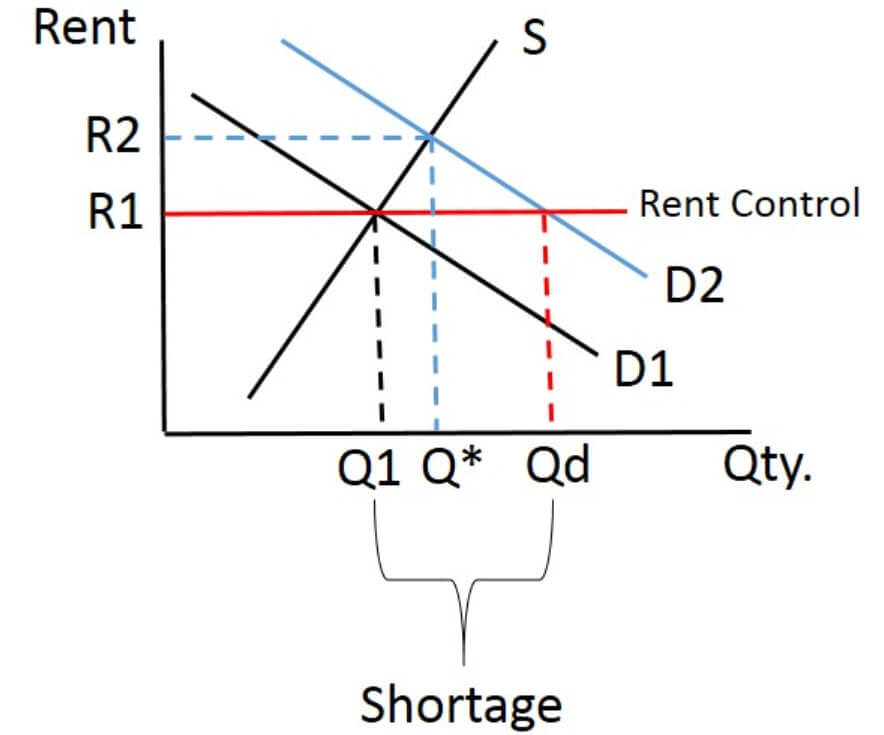 The nicest thing to say about SB 608 is that it’s designed to be watered down. Almost all increases in residential rental rates will be allowed to go into effect. Jointly sponsored by Oregon State Senators Ginny Burdick (D-Portland), Laurie Monnes Anderson (D-Gresham), and Peter Courtney (D-Salem) and, from the Oregon House, Representative Tina Kotek (D-Portland), this bill caps the growth of rent at 7% across the state of Oregon plus inflation.

Rent control is kind of like trade protectionism. It’s popular among the uninformed masses who vote, but elected officials, or at least the staff of elected officials, know it’s on net harmful and often has the opposite effect of what such the regulation is trying to accomplish.

This is why I think such a high cap was chosen. The actual intention of this bill is to avoid having an impact. SB 608 would not have had much effect on the average rents paid in Portland in recent years, the event that has motivated the change in policy.

So why pass it? Well, there’s always the political benefit of looking like you’re doing something without doing something. Another possibility is that Oregon Democrats think they could lower the cap later.