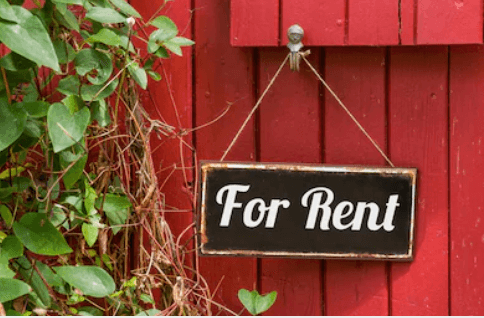 Oregon will soon be the first state to have a statewide rent control program. Last week, in my first week at Cascade Policy Institute, I testified in opposition to the rent control bill, SB 608. The bill has the support of the Governor Kate Brown, House Speaker Tina Kotek, and Senate President Peter Courtney. About 100 people signed up to testify, and supporters outnumbered opponents by 2-to-1. It’s a done deal and it’s a bad deal.

During World War II, the federal government instituted a national system of rent controls, establishing maximum rents for rental properties. New York City was the only city to retain this first generation of rent controls after the war. During the 1970s, rent regulations were introduced in many cities, including Boston; Washington, D.C.; San Francisco; and Los Angeles.

In contrast with pure rent control (a fixed maximum price), SB 608 is a form of “second generation” rent controls that allows annual rent increases, limited to 7 percent plus inflation. Rent controls under SB 608 apply to buildings that are more than 15 years old. The bill also places strict limits on “no cause evictions.”

Nobel laureate Paul Krugman wrote in the New York Times that rent control is “among the best-understood issues in all of economics, and—among economists, anyway—one of the least controversial.”[1] Krugman’s well known and widely used economics textbook describes the economic inefficiencies associated with rent control:[2]

Rent control, like all price ceilings, creates inefficiency in at least four distinct ways. It reduces the quantity of apartments rented below the efficient level; it typically leads to misallocation of apartments among would-be renters; it leads to wasted time and effort as people search for apartments; and it leads landlords to maintain apartments in inefficiently low quality or condition.

What you’re hearing from landlords about rent control is they have an idea of it that’s very much the model that began right after World War II where properties had hard, fast caps on rents. That’s not the kind of rent control we’re talking about. We’re talking about second generation rent stabilization where there’s a process for managing rent increases that protects investors and tenants.

While many proponents see rent control as one way to address housing affordability, none of them indicated it would do anything to resolve what is widely perceived to be a housing shortage. In fact, an expert flown in from Berkeley by the housing committee admitted that rent controls in other cities have led to the conversion of apartments to condominium. He went so far as to suggest legislation that would ban the conversion of apartments to condos.

The limits on providers’ ability to terminate leases will lead to providers becoming more selective in to whom they rent units. In this way, the ordinance misallocates rental units among would-be renters and may do the most harm to those whom the bill is intended to help, such as those with a history of homelessness, impaired credit, criminal convictions, or employment instability. An older woman testified about her horror story of trying to find an apartment with her retired husband in Medford, applying to dozens of apartments only to be told she’d be on a list. Her story will become more common as rent controls reduce the supply of rental units.

In addition to the inefficiencies identified by Krugman, SB 608 will ultimately lead to higher rents than would occur in the absence of the law. As rental units turn over, providers will factor in the expected cost of the law into the rents and other fees that they charge incoming residents. Some or all of the expected cost associated with SB 608 will be passed on to tenants. Ultimately, the law will have the perverse impact of increasing—rather than reducing or stabilizing—rents over time and reducing the amount of market rate housing available to low- and middle-income households.