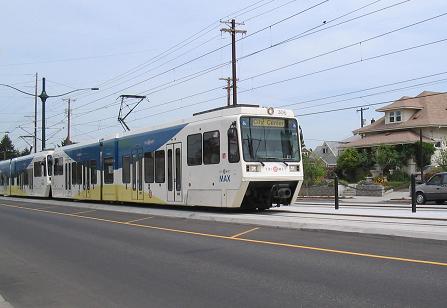 The Portland regional government known as Metro recently published the results of a poll regarding the most important issues to the region. Unsurprisingly, traffic congestion emerged as the number one concern: 96% of all respondents stated that congestion was a serious problem.

These results are consistent with virtually every poll taken over the past 25 years, yet congestion continues to get worse. The reason is that the Metro Council refuses to improve driving conditions and authorize new bridges and highways where they are needed, such as the west side of Portland.

Instead, Metro is determined to spend enormous sums of public money on additional light rail service that most people will never use.

Metro has appointed a 30-person Task Force to draft a ballot measure for 2020 seeking billions of dollars to build a light rail line to Bridgeport Village. This would be a complete waste of money. Transit ridership peaked in 2012. Since then, thousands of customers have left for Uber and Lyft, and they’re not coming back. TriMet is becoming irrelevant.

Sadly, no one at Metro or TriMet cares what taxpayers want—they only care about expanding their bureaucratic empires. Voters should remember this when the bond measure is unveiled later this year.