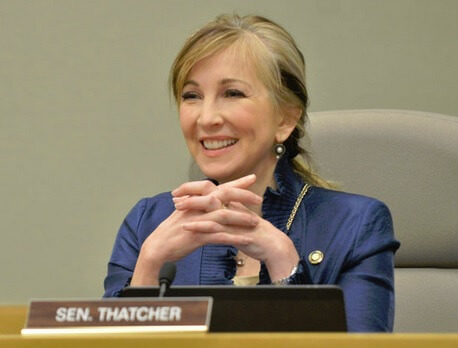 Sen. Kim Thatcher is optimistic that her bill on eliminating time changes twice a year will pass the Oregon Legislature during this 2019 session. SB 320 A, abolishes annual one-hour change in time from standard time to daylight saving time and places Oregon on a permanent daylight saving time. It has already passed out of committee and is making its way to a Senate floor for a vote. If it passes the bill will go to House of Representatives and then onto the Governor for signature.

The implementation of her bill depends on whether the states of Washington and California approve a similar measure as well as the US Congress.

“People are tired of switching their clocks back and forth and most people I talk to prefer daylight time, (SB 320 A will put Oregonians on permanent mountain time.),” said Sen Thatcher.

Thatcher was first elected to the Oregon House of Representatives in 2005 after challenging Republican incumbent Vic Backlund in the primary when he voted for a tax increase. She later ran for the Senate after Larry George retired and was elected in 2014 and has served in Senate District 13 since. SD 13 encompasses parts of Marion, Yamhill, Clackamas and rural Washington counties including Keizer, Newberg, St. Paul, Sherwood, the southern part of Hillsboro and part of Wilsonville.

Thatcher has sponsored many bills including but not limited to DNA analysis to prove innocence of a conviction in SB 321; giving judges the ability to award equal parental custody in SB 318; abolition of death tax; and two bills dealing with foster kids. She has also jumped into the vaccination debate by insisting that printed information is given to parents and doctors about substances used in vaccinations in SB 649; and a bill to stop illegal electioneering of groups in SB952.

In the interim she works at her business Highway Specialties, a traffic control supplier. She is an instrument-Rated Certified Small Aircraft Pilot. Sen Kim Thatcher lives in Keizer and is married for 35 years and has four children and five grandchildren. She can be contacted at [email protected]