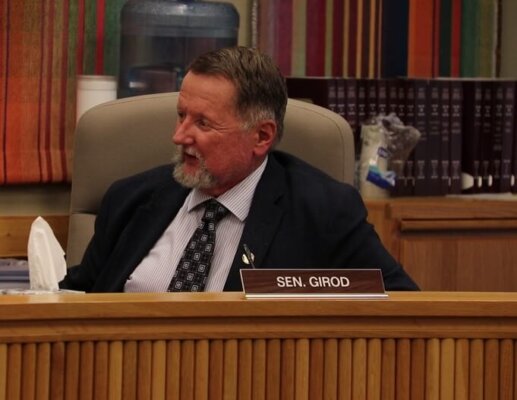 Zero based budgeting concept has been hailed by many as a way to control government spending. Sen. Fred Girod of Scio representing Senate District 9 has a bill that will do just that. He along with Sen. Linthicum are spearheading the idea and have support from the democrats. The bill is still being written by combining several ideas into one concept to be voted on.

As Co-Chair of Joint Ways and Means Capitol Construction Committee, Girod is also working hard to reign in the amounts of money that state government can borrow. By limiting debt will also limit the amount of loan payments that eventually come from taxpayers by way of the general fund.

Girod thinks he has bipartisan support of both concepts. However, that is where the agreements end, said Girod reflecting on the onslaught of tax increases this session.

Serving in the Oregon Senate since 2008, “this is the worse session I have ever seen,” said Girod.

Girod also served in Oregon House of Representatives in 1992 and again in 2006 when he then moved to the senate by appointment to a vacancy.

He reflected on growing up as a son of a grocer where his father’s profit margin was only one percent and any increase put the business in jeopardy. “I learned a lot how to run a business,” said Girod.

Girod later became a business owner himself, graduating from dental school at OHSU and setting up a practice in a district where he grew up and loves. He likes to fish on the Santiam River that runs alongside the property where he lives with his wife, Lori, who is also his chief of staff.

Girod also earned a Masters of Public Administration from Harvard. “I love being senator and writing policy that helps people,” said Girod.
Senate District 9 runs north into Clackamas County from cities of Mulino, Molalla, Colton; south to Silverton and Marion County; to Linn County including the cities of Sweet Home, Stayton, Scio with the largest being Lebanon. Girod can be reached at [email protected]