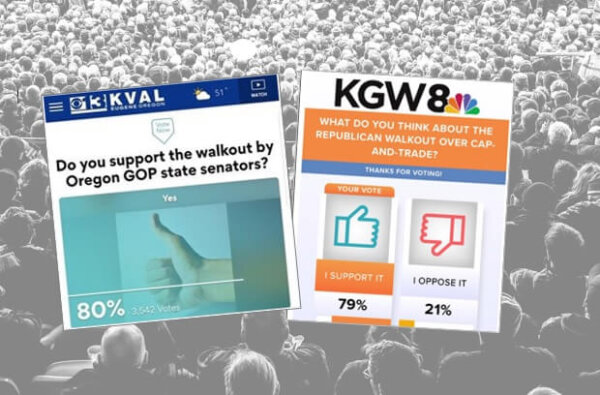 Victoria Taft has a great article that compiled two open-invite snap polls that local TV news stations did during the Oregon Senate Republican walkout over the Carbon Tax HB 2020 and their protest demanding that the public have a right to vote on the controversial and costly carbon-climate bill HB 2020.  The open-invite polls surveys showed strong support for the Senate Republican protest which bodes ill for the Carbon Tax HB 2020.

Although these public surveys are unscientific they do represent a gauge of citizen motivation at the height of the Carbon Tax battle.   The results were lopsided enough to indicate that there may be more to the public anger on this tax that has been previously been given credit for.