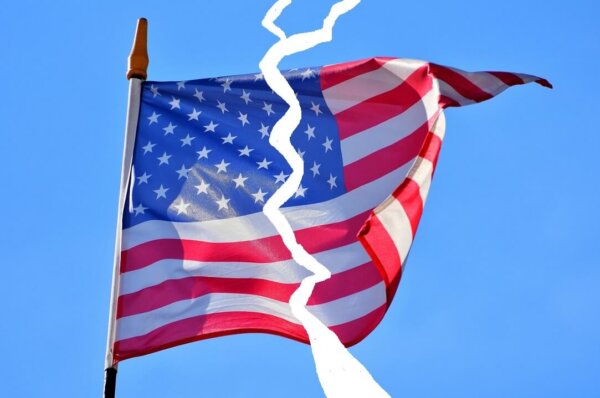 In his book “Shoe Dog,” Phil Knight tells how he compensated for missing time with his boys during their childhoods by telling them bedtime stories about the American Revolution. In these stories, Knight’s children were time travelers who become loyal soldiers in our nation’s battle for independence. It’s a theme and literary technique Knight uses throughout his book.

Here are samples of Knight’s stories about his time-traveler children:

“Boston, April 1773, along with several other angry colonists, protesting the rise of import duties on their beloved tea, Matt and Travis History snuck aboard three ships in Boston Harbor and threw all the tea overboard.”

“Thomas Jefferson was toiling to write the Declaration of Independence, you see, struggling to find the words, when little Matt History brought him a new quill pen and the words seemed to magically flow.”

Knight is also sentimental and reverential about our nation’s military heroes. “I found MacArthur the most compelling. Those Ray-Bans, that corncob pipe – the man didn’t lack confidence … how could you not love him?”

Knight, quoting MacArthur, explains why an entrepreneur would admire the larger-than-life American figure. “You are recognized,” he said prophetically, “by the rules you break.”

Knight’s prophesy didn’t take long to reach fruition. Just days before our nation’s 243rd birthday, July 4, 2019, Nike rescinded its gift to America by recalling its Betsy Ross shoes.
There was a time when scorching the nation’s flag on the July Fourth would have been a cultural faux pas, but Nike made quick work of that rule, breaking it to smithereens and in a most public way.

They did so on the advice of company guru, Colin Kaepernick, who convinced the company that celebrating American colonial history was … well … uncool, something to be ashamed of. Nike agreed.

In an exculpatory story just days after Nike’s abdication of American history, the Wall Street Journal published an article, “The Corporations and the Culture War, The big companies are becoming ‘woke,’” that let college business majors explain what went on inside Nike’s corporate brain.

Sam Krupp of Indiana University: “Pulling the Betsy Ross shoe may have moved Nike back into the social graces of the left. If it did, then it was a great success.”

Lindsay Lance, an MBA student from Vanderbilt: “Nike knows that people who buy its shoes weren’t likely to be offended when it pulled a design that included the Betsy Ross flag. Younger people tend to be more politically progressive and economically aggressive. They identify with companies that share their views, and they’re willing to punish those that don’t. Accordingly, businesses have learned not to step out of line. It’s not worth the headache. If they’re even insufficiently vocal about the liberal cause of the day, they risk negative press and social media wrath. In response, the corporations are feckless, bending to pressure and chasing trends.”

For Nike, stepping out of line was honoring American colonial history. Not cool—especially since the company’s founder is old, white, male and privileged.

Another loosely connected recent item was the reaction by Democratic governors to antics going on in the Democrat presidential debates concerning immigration and border security.

In the June debate, most of the leading candidates, Elizabeth Warren, Bernie Sanders, etc., raised their hands when asked who would make illegal border crossings a civic rather than criminal offense.

On immigration, Raimondo and Grisham, explain how they see their party’s candidates’ stances on open borders. Raimondo is appalled. “Come on, secure the borders, people need to be safe, people need to feel safe.”

So what’s the connective tissue between patriotism, American exceptionalism, and border security? Leaving Donald Trump out of it (if that’s possible), why are progressives so dug in against this national connective tissue?

In the WSJ’s “America’s Nationalist Awakening,” the Hudson Institute’s Christopher DeMuth explains why corporations have turned so left:

“Today’s recipe for success and happiness is not to manage within limits and accommodate constraints … I do not know where this impulse comes from. Perhaps wealth and technology have relieved so many ago-old constraints that we have come to imagine we can live with no constraint at all … It is a revolt against reality. Resources are limited. Lasting achievement is possible only with a structure.”

And that structure requires secure borders, or as Gov. Raimondo says, “Come on, secure the borders!”

Corporations want open borders until they don’t. The citizens of Hong Kong would certainly love to close the border between themselves and their unwanted partner, the Chinese dictatorship.

Corporations think in short terms. They forget who sacrificed to give them the climate, the freedom, to succeed. That climate can change, especially if patriotism and national borders become uncool. In America these concepts are inextricably linked to entrepreneurism. If one is on the decline, the other surely follows.

Knight ends his 2016 memoirs with this warning about our business climate. “I’d like to remind future entrepreneurs that America isn’t the Shangri-La people think. Free enterprise always irritates the kinds of trolls who think to block, to thwart, to say no, sorry, no. And its’ always been this way. Entrepreneurs have always been outgunned, outnumbered. They’ve always fought uphill, and the hill has never been steeper. America is becoming less entrepreneurial, not more. A Harvard Business School study recently ranked all countries of the world in terms of entrepreneurial spirit. American ranked behind Peru.”

The American colonists were the original risk takers, the original rule breakers. No wonder Knight admires them and wanted so desperately to impress their values on his children.

Knight may be out fashion, but he’s not wrong.