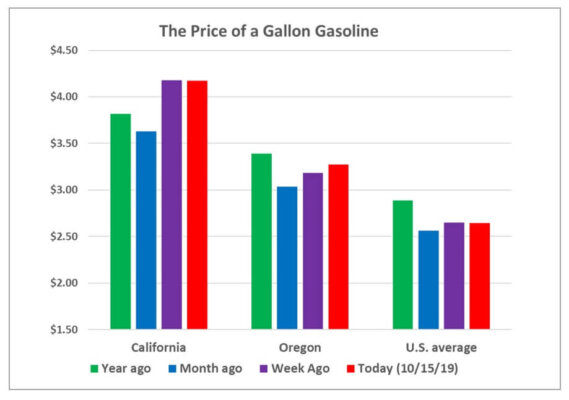 Back in the year 2012, world oil prices are still at a peak and California is preparing to launch in 2013 its Cap and Trade Program to reduce CO2 emissions.

Not to fall behind California, Oregon state politicians earlier this year (2019) attempt to enact approximately the same California Cap and Trade Program.

What’s not to like about today’s California energy system, blackouts of over one million Californians in recent days – supposedly to prevent transmission lines from sparking and causing wildfires. Residents buying up locally high-priced gasoline to run power generators because of the blackouts, needing in some cases to keep their government subsidized Tesla automobiles charged. Now, California electric utilities, facing bankruptcy because of last year’s catastrophic wildfires, do preventive blackouts; and the California governor calls out the utilities as greedy – the usual political case of ‘round me up some scapegoats.’

But are high gasoline prices and blackouts in California possibly connected to the “green” political policies of California? It’s difficult to say with any certainty. But the responsible and unbiased politician in Oregon might give pause to adopting California’s green policies such as Cap and Trade. Just as a small inclination there may be a connection between being green and having power black outs: A recent article published on the “Watts Up with That” website reports that National Grid company research “admitted that renewables increased the unpredictability and volatility of the power supply which could lead to faults on the electricity network.” I.E what if the sparks igniting some of California’s wildfires are caused (in part or full) by increasing amounts of intermittent, scattered renewable power supply sources? Why “Green” then means “black” as in blackout.

We know already by observation “green” means “red” for the motorist’s pocketbook.

Three charts for your viewing: 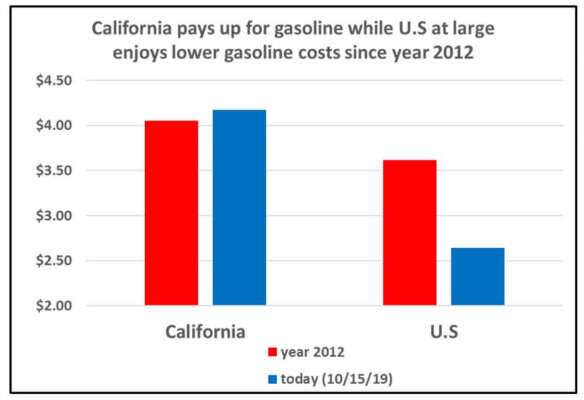 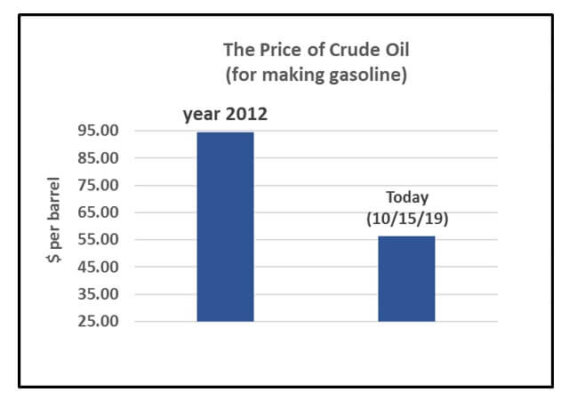