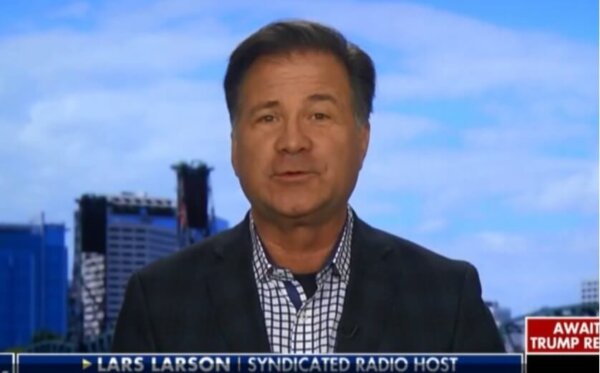 KXL notes, “KXL’s Conservative talk radio host Lars Larson is getting lots of attention this morning after naming the suspected whistleblower on a Fox News segment Thursday. Lars Larson hosts a daily local and nationally syndicated show on FM News 101 KXL. According to The Hollywood Reporter, Larson became the first person to name the suspected Ukraine whistleblower on live television. He made the comments during a segment on “Outnumbered Overtime,” hosted by Harris Faulkner. When addressing the issue on his radio show Thursday evening, Larson said the American people had the right to know the name of the whistleblower.”

KGW-TV notes, “Larson told KGW, “I believe all of Washington knows, all of the press corps knows, and the only people in the dark are the American people. If you’re talking about removing the president, chosen by the American people, you have an obligation of telling them who’s accusing [the president]…Fox News released a statement to The Hollywood Reporter on Thursday, saying, “Fox News has not confirmed or independently verified the name of the whistleblower.”.”