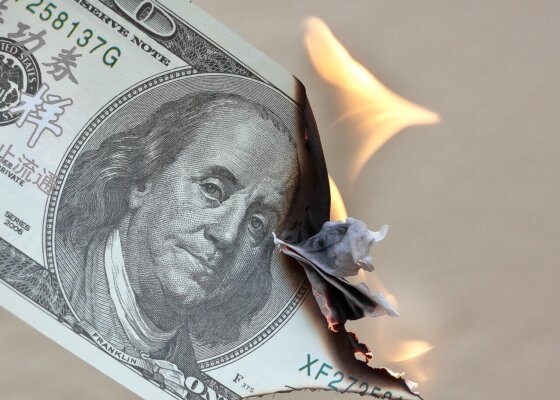 By Allen Alley
As featured in the Oregon Transformation Newsletter,

It seems like every year Oregon Democrats have another new billion dollar tax. In 2019, we got the billion-dollar annual “Corporate Activity Tax” (aka Sales Tax). The year 2020 brings us a new “Cap and Trade” system (aka energy tax). Why on earth do we need a billion dollars a year in new taxes? The answer is the Public Employees Retirement System (PERS) system. If left unchanged, it will bankrupt the state.

We have been chronically under-funding the Oregon Public Employees Retirement System (PERS) system for decades, and what they are afraid to tell you is that every penny of new taxes goes toward attempting to bail it out. The Oregon governor and Legislature have created a Ponzi scheme that would make Bernie (Madoff, not Sanders) proud.

Here is how it works: The governments of Oregon make promises to their employees that when they retire they will receive a percentage of their salary. The percentage is based on their years of service. The financial size of the retirement promise is calculated, and that money should be set aside every year. The problem is the governments don’t do that. They don’t fund the liability. They use a virtual “credit card” to fund it. The really big problem is that the name on the card is yours, the Oregon taxpayer.

Every year in December, a new forecast of the PERS liability is released. It is not broadly publicized or read, but it is incredibly important. The latest release in December 2019 saw the liability grow by $2.5 billion in a single year. Put another way, it consumed 250% of the new controversial billion-dollar sales tax passed in 2019. And, next year, the liability will go up by another $2.5+ billion and again in 2022 and again in 2023 and again in 2024. It will go up year after year, billions and billions, decade after decade.

And they won’t fund it. They just keep using the credit card. The one with your name on it. Our Democratic Party state government leadership is making our children indentured servants to the Public Employee Unions.

There is a solution, but the Democrat-controlled super majority in Salem is simply too beholden to their largest donors, the Public Employee Unions, to fix it. The solution is straightforward.

First cut up the credit card. No more deficit spending. Unlike the federal government, the state can’t print money, so the bill will eventually will come due, and it will be paid by you.

Second, move all new hires – only new hires – to exclusively a 401K type plan. It can be a very generous plan that will yield retirement benefits similar to what they have today. The big difference is that the government would be required to fully fund it every year. The Federal Government made this adjustment decades ago and virtually every private sector company has done the same. Why should state and local government be any different?

If we had implemented this plan the last time we made a large change to PERS in 2003, the liability today would be about half of what it currently is today, and it would be dropping by billions of dollars each year, rather than growing by billions.

It will be interesting to see what happens in Oregon over the next five years. But here’s what you should expect based on current Democrat leadership: Every year expect to see at least a billion dollars of new taxes. Every year the PERS liability will grow and far outstrip the new taxes raised. Every year there will be less money in the classrooms, less money for road repairs, less money for the most vulnerable in our society.

What are we really seeing here – gross mismanagement, stupidity, apathy, or something else?

Oregon should be known for Ponzi Vineyards, not this Ponzi scheme.