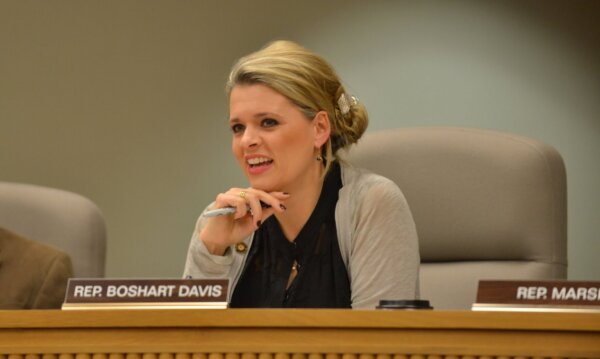 When is a tax a tax, but also not a tax? Welcome to the 2020 legislative session.
Representative Shelly Boshart Davis

SALEM, Ore. – As lawmakers continue consideration of SB 1530, the cap-and-trade bill, a new opinion authored by Legislative Counsel clearly states that the legislation includes a tax increase and suggests a significant portion of the funds raised by the program could not legally be used for the purposes established by the bill.

The opinion, which was requested by Representative Shelly Boshart Davis (R-Albany) and is dated

Does SB 1530-A impose a tax for purposes of Article IX, section 3a, of the Oregon Constitution?

We believe the answer is yes. (…) A-engrossed Senate Bill 1530 requires the development of a regulatory program that will require covered entities, including motor vehicle importers and distributors, to purchase allowances at auction. The auction price paid for an allowance by a covered entity from the transportation sector thus reflects the auction price that the market is willing to bear for obtaining authorization to emit one ton of carbon dioxide equivalent through the combustion, or use, of motor vehicle fuel. A court would likely hold that state proceeds from the sale of allowances at auction are “revenue from [a] tax with respect to or measured by the use of motor vehicles.” Article IX, section 3a, would therefore likely apply to the proceeds.

Per the opinion, revenues raised via taxes on motor vehicle fuel sales are required to be deposited into the Highway Trust Fund. SB 1530 does not follow this requirement, instead relying on these same revenues to fund a significant portion of the spending provisions contained in the legislation. According to Legislative Counsel, this is more than likely unconstitutional.

“Proponents of SB 1530 have suggested that the money raised by a cap-and-trade program could be used for seemingly innumerable carbon reduction projects,” said Representative Shelly Boshart Davis. “That simply is not true. Regardless of the merits of cap-and-trade policy and whether supporters like it or not,

this money must go to the Highway Trust Fund. It would be irresponsible for this body to knowingly advance an unconstitutional bill.”

The section of the opinion also clearly states that SB 1530 is a tax, but later in the memo seemingly contradicts itself. The opinion reads:

“Only within the marble walls of the State Capitol is something so clearly a tax, but somehow not a tax,” added Representative Shelly Boshart Davis. “Any sane Oregonian would read this memo and conclude that SB 1530 is a tax increase. To suggest otherwise is just nonsense. This bill should clearly require a 3/5 majority in order to pass.”

Per the Oregon Constitution, any bill raising revenue must originate in the House of Representatives and cannot include an emergency clause.