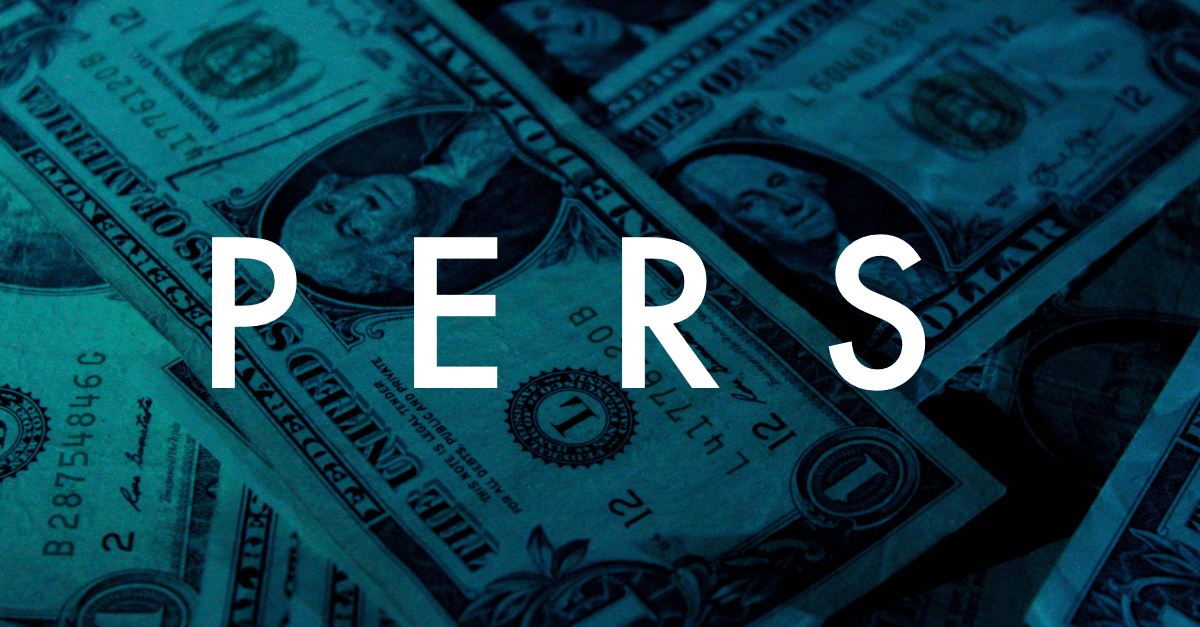 Coronavirus has hit the economy hard. Nearly all the stock market gains from the past two or three years have been wiped out. While it’s painful for investors and retirees, it’s likely to fuel the third major PERS crisis since the dot-com bust.

PERS, the public employee retirement system, has two major sources of funds: investment returns and employer contributions. PERS investments are managed by the state treasurer, under guidance from the Oregon Investment Council. “Employers” are state and local governments whose employees are PERS members.

PERS charges these employers a rate equal to some percent of their payroll to fund the costs of their employees’ anticipated retirement benefits. Currently, the average rate is approximately 25% of payroll. For example, for a city employee with a salary of $60,000 a year, the city must pay an additional $15,000 to PERS.

One of the many factors that affect the employer rate is the unfunded actuarial liability, or UAL. The UAL is an estimate of how much money would be needed to pay off all existing beneficiaries if the system were liquidated. Think of it this way: If you sold everything you owned—house, car, checking, savings, retirement—would you have enough to pay everyone you owe? If you don’t, you have unfunded liabilities.

Here’s where investment returns come in.

Because of the way PERS benefits are calculated, the system’s investments must earn an average of at least 7.2% a year to stop the UAL from getting bigger. That’s a very aggressive, and optimistic, target. 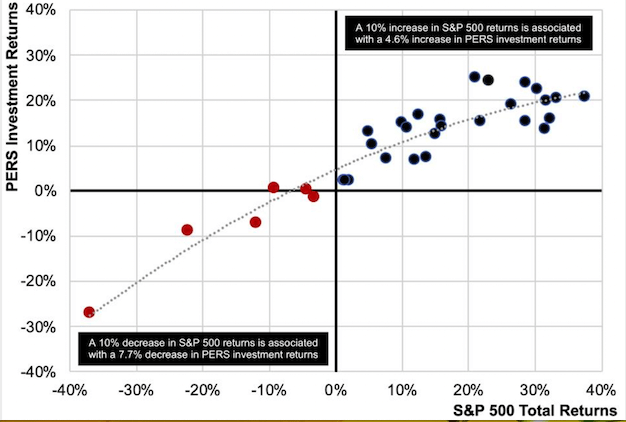 The stock market is down more than 20% from the beginning of the year. That means PERS investments would be down by about 11%. Based on past experience, such a drop would add another $6 billion to PERS’ unfunded liabilities, for a total UAL of about $30 billion.

Let’s say the economy improves and the stock market recovers all its losses, ending the year unchanged from the beginning of the year. PERS investments would be up by about 5%, based on past experience. Even so, PERS unfunded liabilities would increase by about $3 billion for a total UAL of about $27 billion.

Based on these observations, it’s very possible that state and local governments would face an employer contribution rate for PERS of 30% or more. That $60,000 employee would now come with an $18,000 additional cost to pay for PERS.

Where will that additional money come from?

It’ll come from us. Legislators and local governments will be under tremendous pressure to raise taxes to pay for skyrocketing PERS costs. Along with that will come budget cuts, with fewer teachers, state police, foster care workers resulting in bigger class sizes, reduced law enforcement, and more children stranded in the foster system. It’s not just a financial crisis, it’s a human crisis.

PERS has been a ticking time bomb for two decades. Attempts at meaningful reform have been put off by timid politicians and thwarted by powerful public employee unions. In the first PERS crisis of 2002, the system’s unfunded liabilities were less than $4 billion. In the second crisis, beginning in 2008, the UAL ballooned to $16 billion. Today, we’re looking at a third crisis with a UAL of $30 billion or more, or nearly $19,000 per household.

We are entering an era in which PERS cannot be merely tweaked or reformed. We are entering a PERS crisis that will require a radical overhaul of the entire system. It can begin with some straightforward first steps:

These are just first steps that can be handled quickly in an emergency session of the legislature and an emergency meeting of the PERS board. There’s never a good time to upset the public employee unions. Now that we’re in a crisis, it’s time for leadership and action to save the state from fiscal disaster.