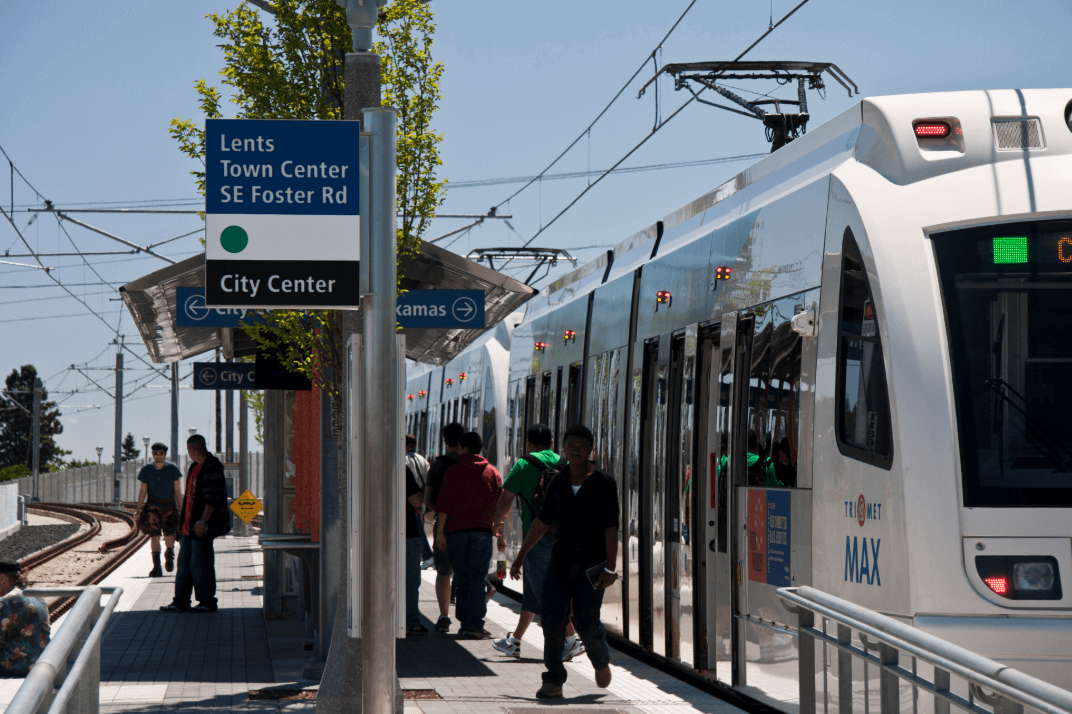 TriMet’s weekly system boardings were down 68% in May compared to last year due to the Coronavirus, and ridership will likely stay down since the CDC is recommending that people avoid transit altogether. But it’s not just the pandemic; ridership has been dropping for years.

TriMet’s revenues have increased by 171 percent since 2000, while the agency’s ridership (number of originating rides) has increased by only 18 percent. However, ridership peaked in 2012 and has since dropped by 7 percent between 2012 and 2019. 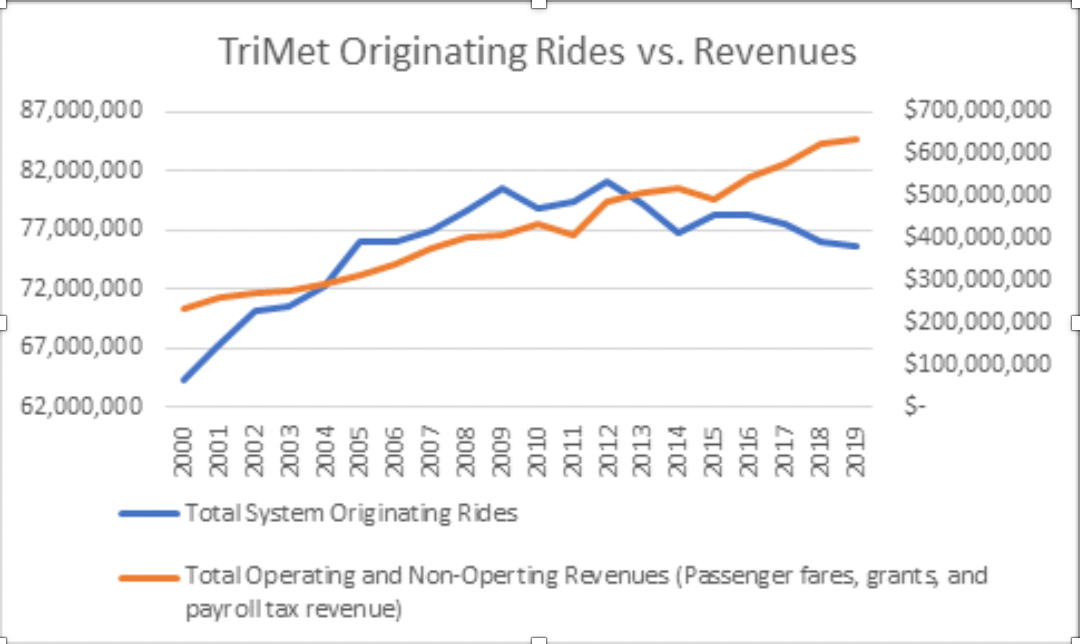 Since 2000, TriMet has constructed four new light rail lines: the Red Line (2001), Yellow Line (2004), Green Line (2009), and Orange Line (2015). However, the costly increase in light rail capacity has not corresponded with a similar increase in ridership.

TriMet seems to have learned the wrong lesson from this underperformance. The agency is proposing a $2.6-2.8 billion light rail line from Downtown Portland to the Bridgeport Village mall, nearly $1 billion of which TriMet expects will be paid for by Metro’s Get Moving 2020 transportation measure.

The Southwest Corridor project is the wrong investment for our region. Portland Metro area voters should vote “no” on Metro’s transportation measure this fall.