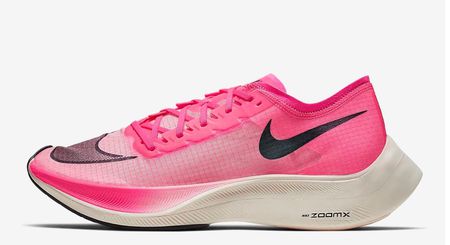 Both Nike and Wieden+Kennedy announced layoffs this week, two Oregon companies that dominate their respective sectors of the global economy. This is, of course, not a sign of failed corporate strategies. It’s a sign of the times.

Every economy on this planet is hurting right now, not just that of the Beaver State or the other 49 states. The world faces a shared deep recession.

But that will change. The natural state of an economy is to grow, and we will bounce back. Both Nike and Wieden+Kennedy stand well-positioned to rebound stronger and faster than their peers in a post-Covid-19 world. These two iconic Oregon employers also represent the kind of high-paying jobs a free market can bless the United States with, in contrast to the stagnation that an industrial policy of replicating the U.S. economy of the 1950s has to offer.

The largest company headquartered in Oregon, Nike has consistently led the sports apparel business as a relentless innovator, a reputation that would have been on display this year at the Tokyo Olympics had the summer games not been postponed by the global pandemic. Olympic officials actually had to decide on whether or not to allow runners to wear Nike’s new Vaperfly running shoe, because it adds such a demonstrable advantage to athletes that have them. That’s a nice problem to have.

Highly-paid engineers designed this technological marvel, a design team that lives on the affluent west side of the Portland metropolitan area. Left-wing critics of free markets from Bernie Sanders to Donald Trump would rather trade-off such competitiveness by taking away Nike’s freedom to outsource its manual labor abroad. This would give us a less efficient company that would merely produce mediocre products for a local market. And the average wage in Oregon would be lower as a result. By manufacturing its shoes in Southeast Asia, Nike has raised our standard of living.

Nike also competes so well in the global economy because it has world-class marketing prowess. This comes from outsourcing as well, to another Oregon firm: Wieden+Kennedy. The slogan “Just Do It!” is well known on every corner of this earth, and it was coined by W+K.

Far from a Mad Men Madison Avenue ad agency, W+K too is a bold innovator of its own. They employ not just creative artistic types. W+K is data-driven.

When W+K advised Nike to embrace Colin Kaepernick in an advertising campaign, that was a risky move. It was also a well-researched move. Nike’s marketing geniuses realized that Kaepernick’s protest is attractive to America’s highly educated upper class which is more likely to afford expensive shoes and not-so-cheap clothing. Angry old blue-collar men shouting at their TVs as Fox News described Nike’s new billboards were more likely to be wearing off-brand sneakers from Walmart as they vowed never to wear the swoosh. Even if you question the wisdom of Kaepernick’s choices, you have to admire the strategic vision of W+K.

Like most employers on this planet, these firms are laying people off right now, but eventually, they will be growing their labor force again. When Nike and Wieden+Kennedy do, the fortunate new hires will post their job offers on Facebook and friends will admire them for working at some of Oregon’s best companies. Those that were laid off this week have great resumes and promising careers ahead of them.

When politicians talk about jobs, these are the jobs they should want. Policymakers need to know that only an efficient economy delivers them, a free economy. Heavy-handed government regulations that dictate whom businesses hire or from where physical products get manufactured don’t lead to such excellence.