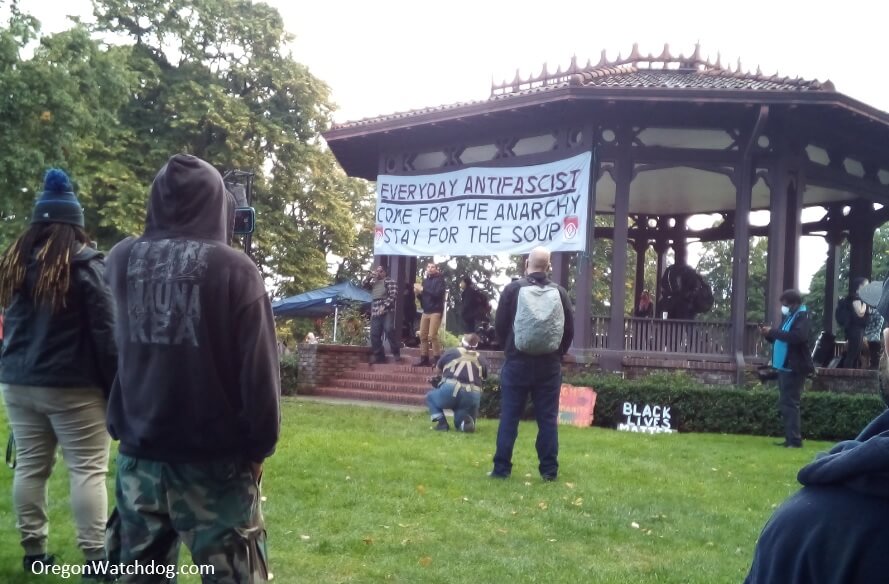 The Taxpayer Association team attended the September 26th anarchist rally in Peninsula Park where a lawyer from the Oregon Justice Resource Center, Juan Chavez, was a guest speaker.   The lawyer basically said that all law enforcement and the United States Constitution are fascists.  Here is a paraphrase of what he said;

“There are no cops that are anti-fascists.  Our Constitution is not anti-fascist.  It can’t be antifascist because of who wrote it and where it came from”

There was another statement made about the Constitution and imperialism as well.

The United States Constitution is the most anti-fascist, most liberating, most limiting on government powers document ever created and put to use by a human government.

Yet they act like they wish to destroy it.

The lawyer was bashing the US Constitution because they people there have an interest in rebooting it.

Check out the Anarchist and Communist materials distributed at the same Portland rally that day: 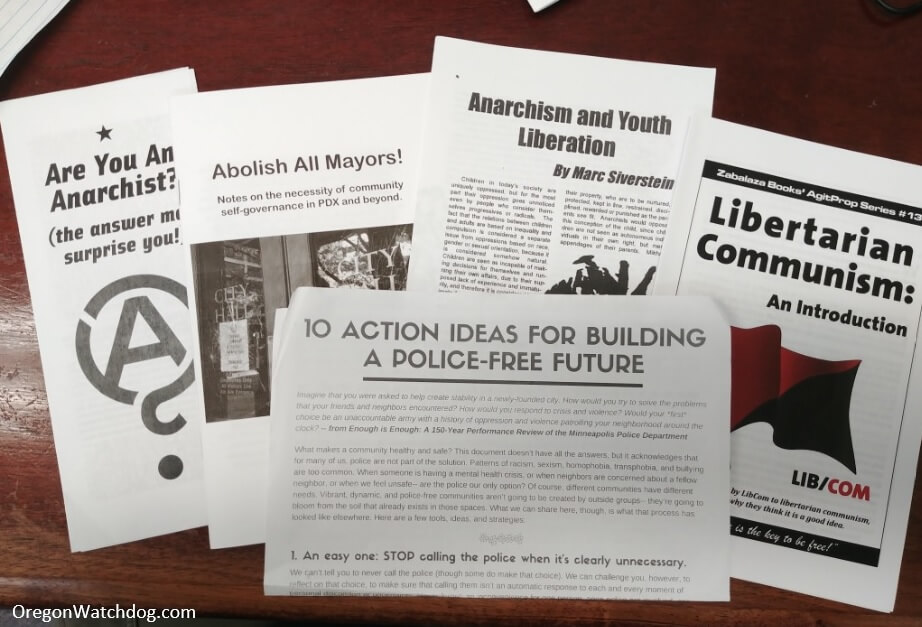 And the pro-communist signs at the rally. 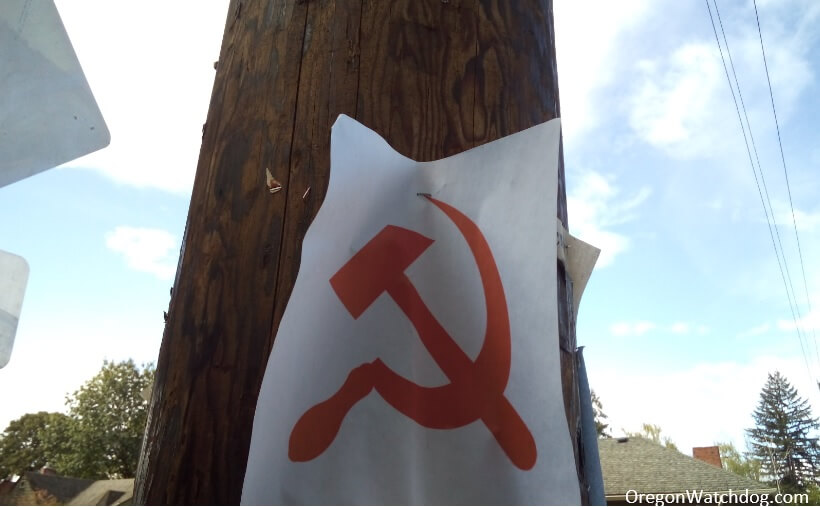 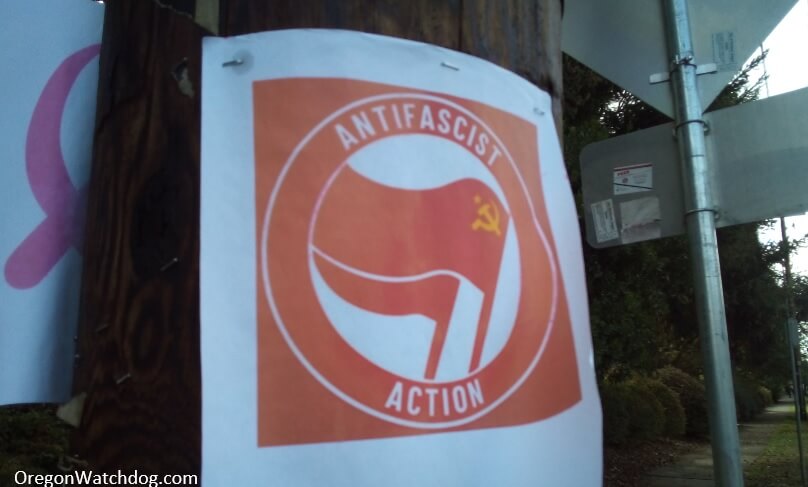 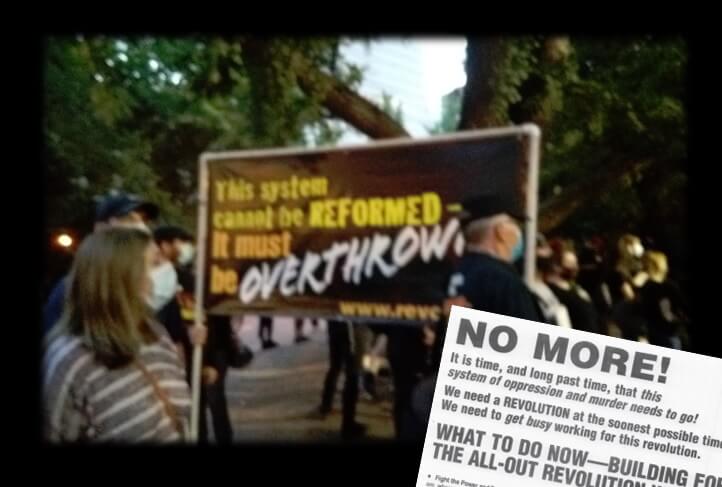 In fact, amidst the many brochures at the event, most focused on these types of topics and very little at all on topics on racial justice or racial reconciliation.  The entire Portland protests are becoming something entirely different than the racial narrative it started out to be and the public should be informed.

America doesn’t want to be like Venezuela or Ecuador that have burned through several Constitutions.

Please speak out on this.