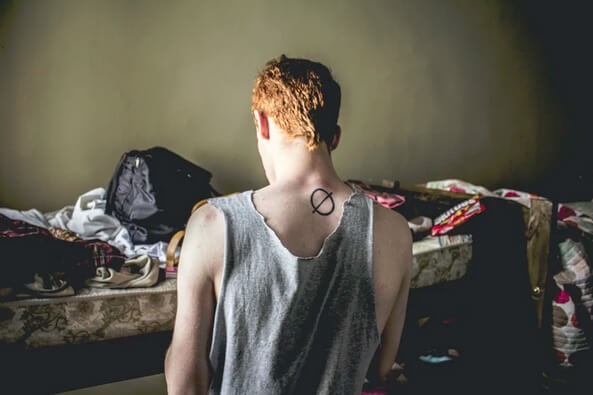 It is a cornerstone principle of our American system of federalism that states are the laboratories of democracy. United States Supreme Court Justice Louis Brandeis used that metaphor in 1932 when he wrote, “It is one of the happy incidents of the federal system that a single courageous state may, if its citizens choose, serve as a laboratory; and try novel social and economic experiments without risk to the rest of the country.”

As intended, this theory allows the citizens of a state the opportunity to exercise some control over their own destiny in order to preserve personal liberties and protect against powerful outside interests. But what happens when an ultra-wealthy person or group takes advantage of that principle in order to experiment on another state? If you are the state upon whom the experiment is conducted, there is another metaphor that perhaps more accurately describes your status – guinea pig.

Such is the fate of Oregon today as it faces Ballot Measure 110, a radical effort funded by over $3 million traced to George Soros and Mark Zuckerberg to turn Oregon into the first state in the nation to decriminalize the possession of most common street drugs.

Measure 110 is a Trojan Horse measure. On the surface it seems to be a well-intentioned effort to increase the availability of treatment services for Oregonians struggling with drug addiction. But upon closer review it eliminates the criminal justice system framework for compulsory drug treatment, hampers the ability for courts to address juvenile drug use, and redirects revenue away from schools and other critical services.

Oregon’s progressive criminal justice system prioritizes rehabilitation and treatment for the crime of drug possession. Since the modernization of our sentencing guidelines in 1989, Oregon law has made it virtually impossible for a person to be sentenced to prison for simple drug possession. While drug dealers, drug manufactures and drug addicts who commit property crime are rightfully sent to prison, drug users are not. Rather, they remain in our communities where they are placed on supervised probation with required drug treatment. Incarceration in the county jail is an available tool, but it is used sparingly for situations such as an initial arrest to remove an addict from a dangerous situation or a short sanction for violating the terms of probation. Indeed, an October 2020 point-in-time survey of the three metro area jails (Multnomah, Clackamas and Washington counties) demonstrated on a single day that only three inmates total were sitting in jail either serving a sentence or waiting for trial because of simple drug possession charges.

If our prisons and jails are not generally used for drug possession charges, then what is the benefit of funneling drug users through the criminal justice system? The answer is relatively straightforward. Our current court-ordered tools of supervised probation and mandatory drug treatment are critical components in the effort to pull drug users away from the powerful draw of addiction. Measure 110 would do away with these tools. Instead, it gives drug users a choice between a voluntary health assessment or a $100 fine. However, the common heroin or meth addict will simply choose neither. And without the tools of the criminal justice system to compel behavior, there is nothing the system will be able to do about it. While there are some who will engage in voluntary treatment to be sure, many drug users will remain addicted until they meet an inevitable end of their cycle by either committing a more serious crime that does send them to prison or overdosing.

Many of today’s adults who struggle with drugs began their addiction as juveniles. Yet, under Measure 110, juveniles would be able to possess and use drugs without fear of any effective criminal justice intervention. If a 16-year-old is caught with a baggie of meth or heroin, the Measure 110 remedy is to offer a voluntary health assessment or a $100 fine. Juvenile authorities would no longer be able to detain a juvenile drug addict or require drug treatment. Furthermore, notification to the juvenile’s parents is completely voluntary and subject to the discretion and resources of each county’s juvenile department.

The harm to children by Measure 110 extends to funding for schools and other critical services. If passed, over the next three years it would take away an estimated $45 million from city and county mental health and addiction services, $11 million from alcohol and drug abuse prevention, and $90 million from the state school fund. Importantly, Measure 110 does not add any new revenue to the state, it simply redirects existing funds away from current recipients. Like squeezing a balloon, revenue for schools and existing treatment services will contract so that voluntary health screenings and referral centers may expand.

Proponents and opponents of this ballot measure can agree on one conclusion – if passed, Measure 110 would trigger a revolutionary and experimental approach to Oregon’s drug addiction response. Do not be mistaken, there is much that can and should be done to improve the system, which was never designed to address complicated issues like mental health and addiction. But we Oregonians, who do not have the luxury of spending millions of dollars to experiment on the people of another state, deserve the opportunity to determine our own fate free from outside ultra-wealthy special interests.