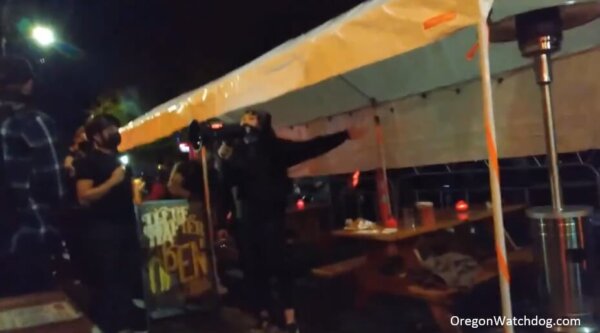 The Portland Protest on election night marched down Belmont Street and quickly encountered the Hereafter restaurant with outside diners.  The customers quickly left out of fear as marchers banged the table, ridiculed the diners and used a bullhorn in their face.

The woman with a bullhorn yelled later “I’m not begging you to join us, it is a command”

Meanwhile other marchers were shining lights into people’s homes yelling in another bullhorn messages like “You white-ass people need to get down from here and march with us”, and “Stop eating your pita bread from New Seasons and join us” and intimidation statements like “Yes, I can see you in your window, Don’t you ignore us”.

This businesses had their front doors vandalized. 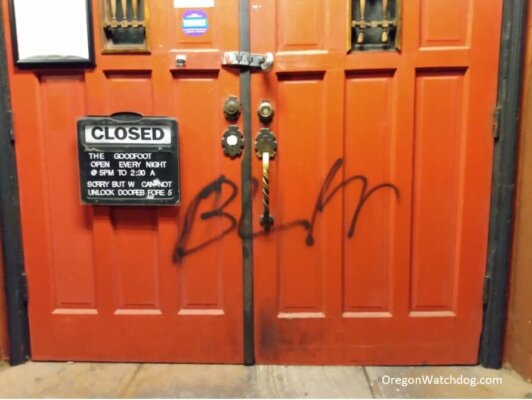 This apartment unit was vandalized with this message that conveys that Black people must have been displaced for the current residents to have lived there. 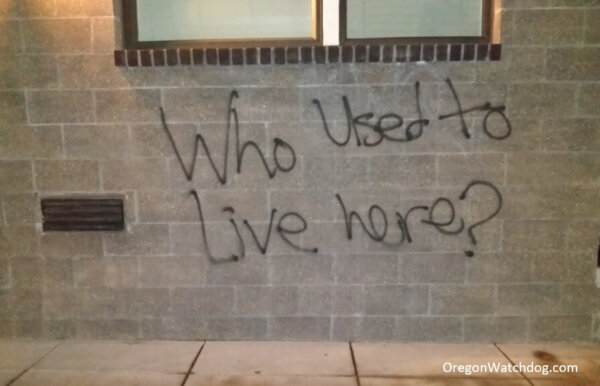 A bank ATM was vandalized 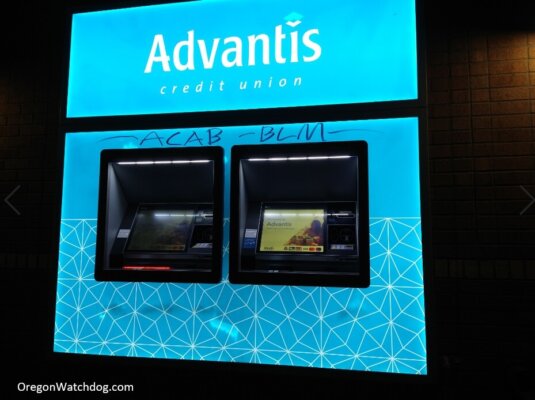 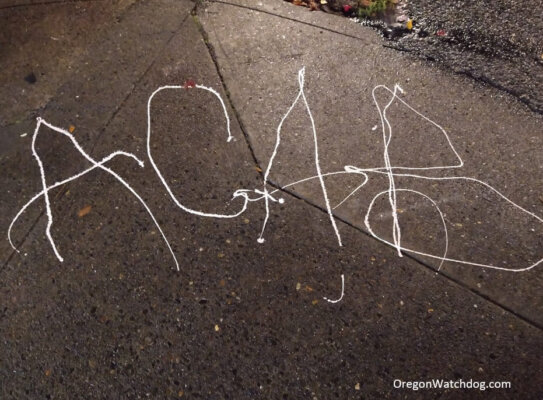