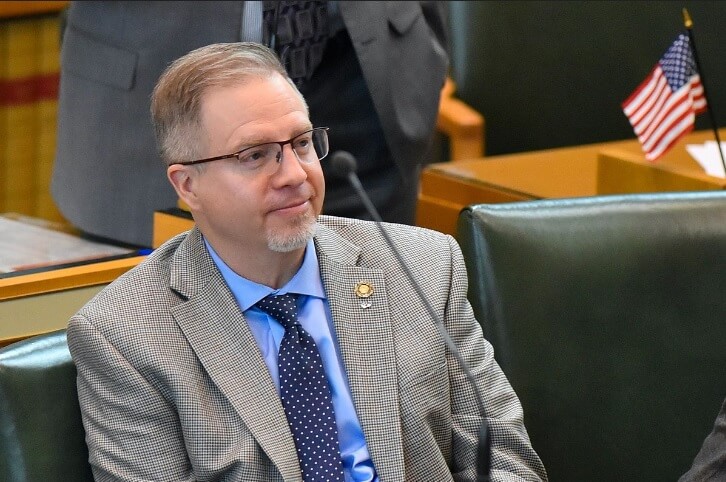 Declaring a Catastrophic Disaster, Requirements Not Met
Oregon’s Speaker of the House has asked the Governor to consider calling a special session in December using a never-used Oregon constitutional provision: Article X-A. This provision was written and amended to provide for a functioning state government given a catastrophic disaster like a massive earthquake, war, tsunami, etc. The requirements to declare an Article X-A are extremely high, because of the many constitutional provisions Article X-A bypasses, in order to respond to the catastrophic disaster.

It’s important to note: Government actions or inactions, and the fall out from those decisions, should not be considered a qualifier to declaring an Article X-A catastrophic disaster.

The definition and requirements for such an extraordinary declaration is found in Section 1 (a) & (b) of Article X-A of the Oregon Constitution. One of four items from 1 (a) must be true and then one of the four elements in 1 (b) must also be true. Following is the text.

My focus is on 1 (a) because I believe none of these requirements are true as of today. Conditions may change in the future, but as of now Article X-A may not be used by the Governor.

The word “extraordinary,” which is listed in the first requirement, must be applied the following three conditions, otherwise ANY injury, or ANY property damage would qualify. This is a catastrophic disaster declaration, meaning the bar is extremely high for any one of the four conditions to be met, otherwise they would be, not extraordinary, but ordinary.

Results in extraordinary levels of death

Oregon Health Authority (OHA) data shows this not to be the case. Assuming a linear trend from the first 10 months of 2020, mortality rates in Oregon this year may actually be lower than previous years. This requirement is not met.

While few Oregonians have been hospitalized, even fewer have died directly due to SARS-CoV-2. A virus with the survival rate of over 99% does not constitute extraordinary injury, especially considering how little of the population have tested positive. Furthermore, over half of those who have died related to the virus in Oregon were over the age of 80, and many of those who have tested positive for the virus are asymptomatic or have mild symptoms. This requirement is not met.

The only extraordinary property damage done during the past eight months is due to riots in Portland and the unwillingness by political leaders to stop them. Inaction by political leaders should not qualify as a means to calling a special session under this Article. Otherwise, the government could use this tactic with any protest that causes property damage in order to enact this constitutional provision. This requirement is not met.

(Extraordinary) disruption of daily life in this state

Therefore, since none of the four requirements of Section 1 (a) have been met, calling an Article X-A Catastrophic Disaster by the Governor would currently be unconstitutional.

We do not need to continue this State of Emergency to work through the virus. We can end the lockdowns and return to our regular form of government returning policy making back to the legislature. The result will be our economy will recover quicker and our hospitals will be fine. Today, we have developed far better care treatments for the those who need it than just eight months ago. I have faith in Oregonians to make the right choices for themselves and their families, while having concern for those around them. Just like the state of emergency, government fanning the flames of panic needs to end. The real power to claiming victory over this virus will be found in a free people, not its government.