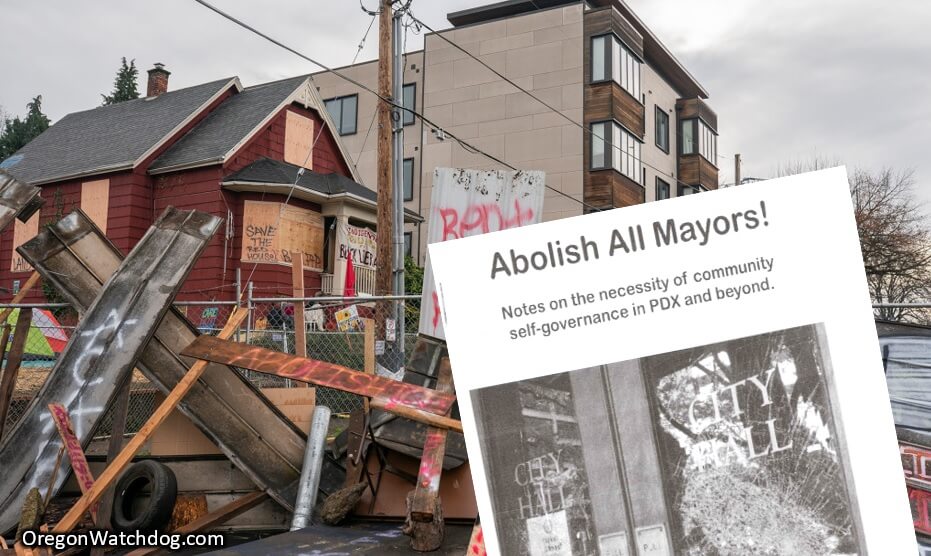 One of the ideas promoted at the Portland protests is to abolish all mayors and to promote more autonomous communities (as just experienced with the Portland Red House Autonomous Zone) by following the successful model of Syria.

At the thousand person Portland protest rally on September 26th, one of the booklets available was entitled “Abolish All Mayors” (notice the bashed Portland City Hall window on the book cover) by a group called Symbiosis PDX.

“Since 2012 a movement in Northern Syria has developed which has put these politics to practice for 8 years. Millions of people everyday are involved in self-governing their own communities to great success. A living confederation of ethnically diverse self-governing communities exist in the Autonomous Administration of North and East Syria also known as Rojava. The parallels between this system and Portland’ Neighborhood Revolution” in realizing the potential of directly democratic self-governance are hard to miss.” 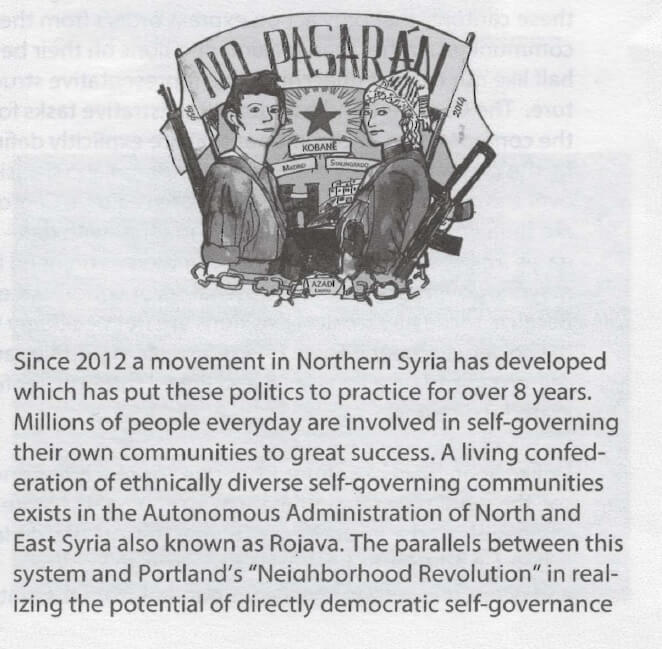 It is incredible that some Portland protesters look to the region in Syria where the government has collapsed as a role model. They applaud it’s self-policing but somehow ignore Northern Syria’s rampant human rights abuses of these self-governing militias who torture, engage in ethnic cleansing and force children into military service.

The booklet goes on to say that there is “no need for mayors, governors, presidents, senators or congressmen.”

Just be like Syria where government has been blown apart and now everyone lives in peace and harmony (but with limited access to electricity, clean water, medical care, basic rights and no peace or harmony).

Ultimately the liberal utopia of the Portland protesters and many of our liberal leaders is a constant dream of radically re-inventing absolutely everything in society and promising this time it will all work out.  Just re-imagine police by abolishing them and magically crime will go down.  This summer, Portland cut $12 million from the police budget forcing 100 staff positions to be eliminated and certain crimes rose 300%.  Don’t worry, the liberals plan to cut police even more and then the promised results of less crime will appear.

Self-styled autonomous zones were created in Seattle and Portland and they brought lawlessness, increases in crime and people feeling like prisoners in their own home with boarded up windows – much like Syria.

— Read our continuing series: original reporting on the Portland riots

— Contribute online at OregonWatchdog.com or OregonTaxNews.com (learn about a Charitable Tax Deduction or Political Tax Credit options to promote liberty).