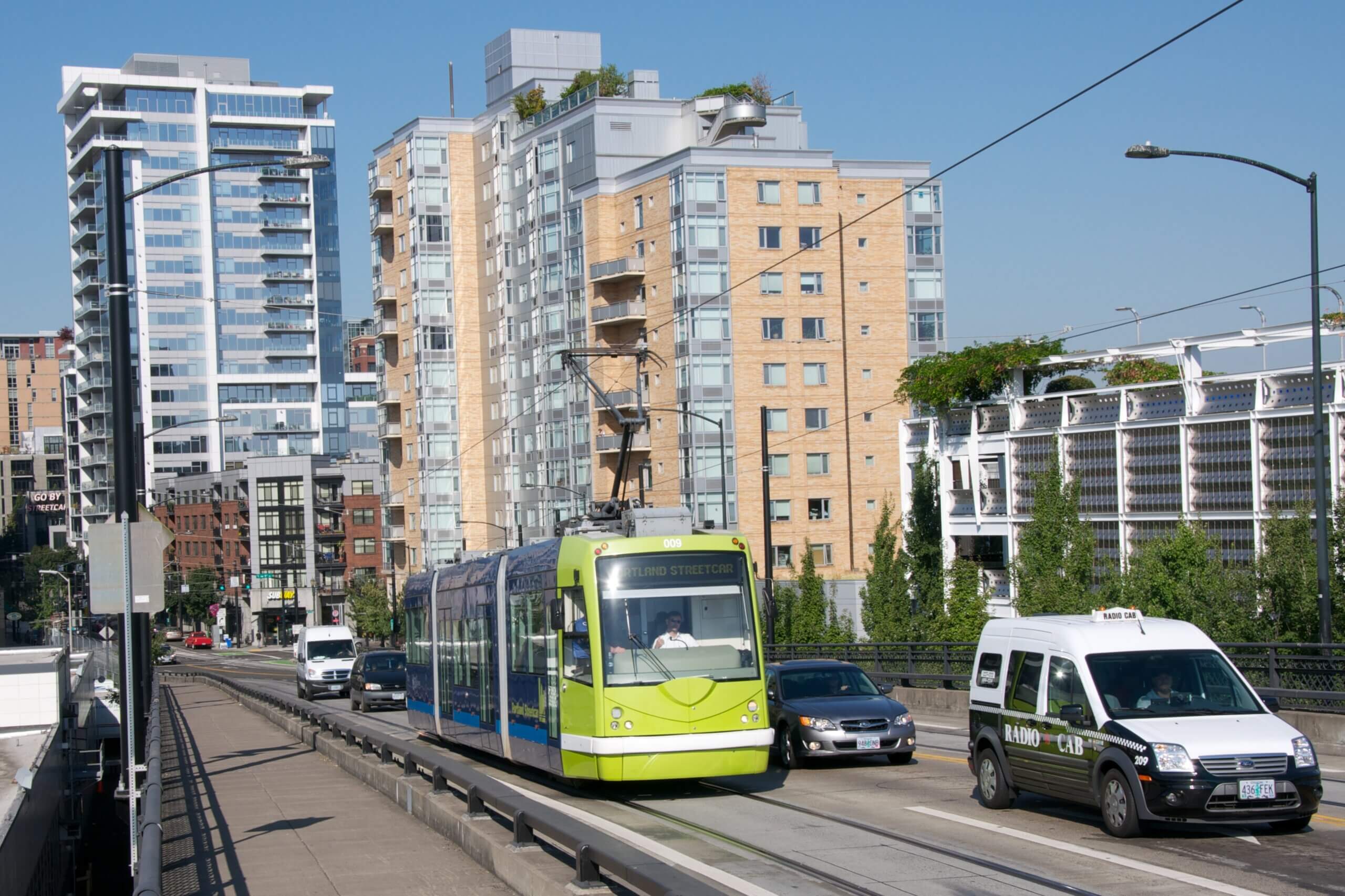 I am a regular reader of the Oregon Office of Economic Analysis’s blog where Josh Lehner, the smartest man in Oregon government, publishes a lucid analysis of local data. He recently analyzed construction labor. 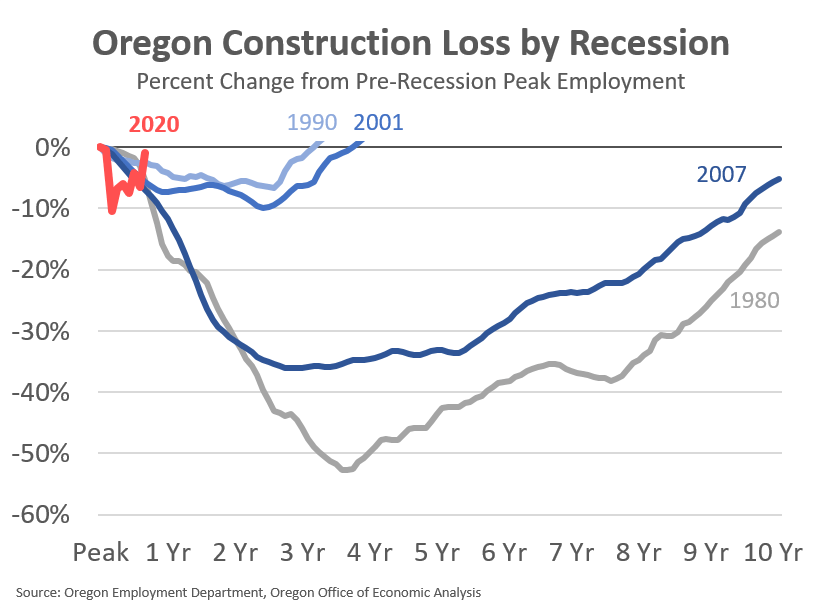 This recession has seen the fasted recovery in construction employment. Two previous recessions took more than a decade, but even that was better than the recovery of employment in the timber industry which basically never recovers. 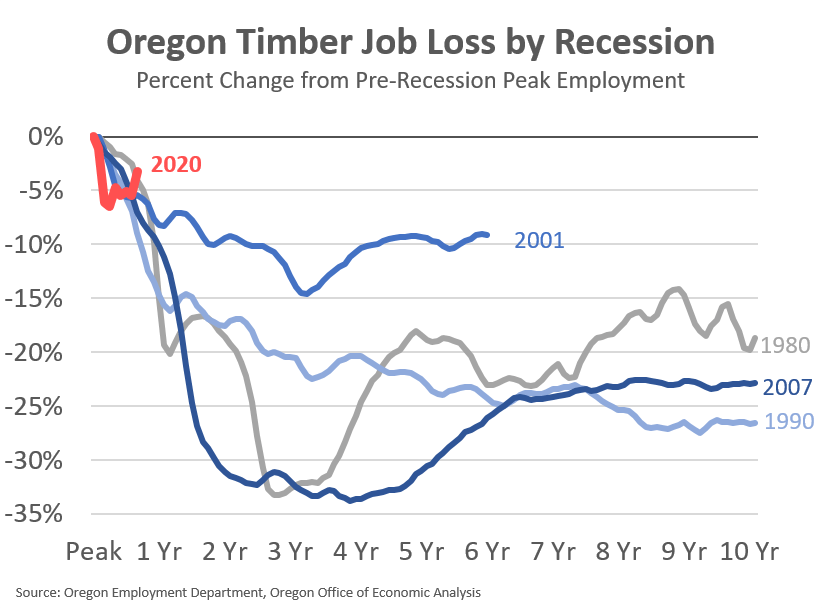 One possible explanation is that, because construction employment in Oregon didn’t recover much from the previous recession, a smaller number of construction workers were employed before COVID. So we’re talking about a mere blip on a longer, secular trend. 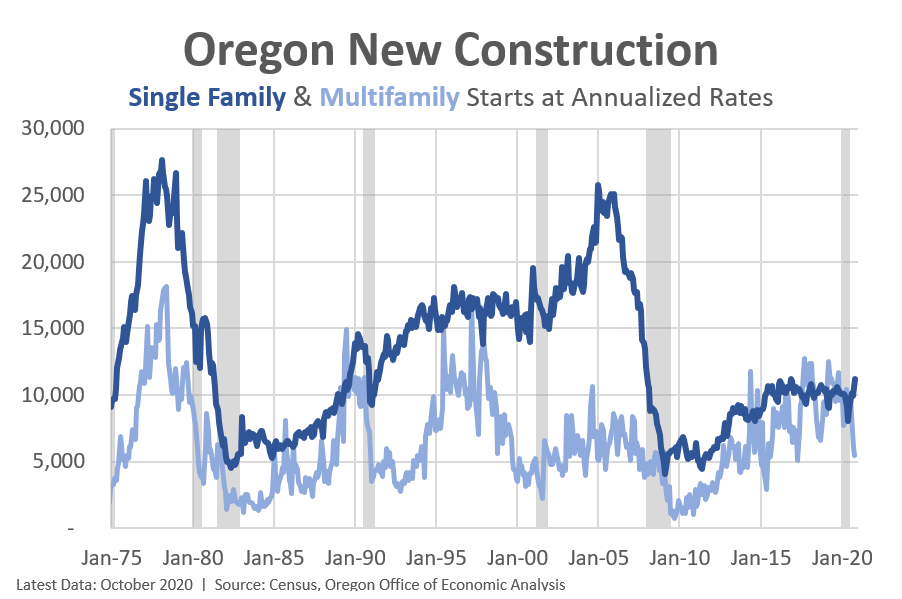 But when Lehner compared the development of multifamily housing in Multnomah County to Oregon’s other more urbanized counties, I couldn’t help but wonder what is driving the relative decline in the Beaver State’s most populous county. Usually, more units are built in Multnomah, but that reversed this year. 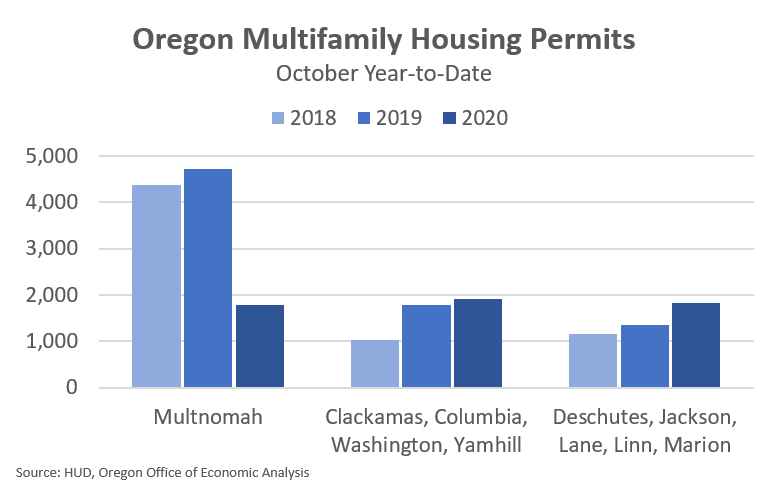 Maybe this is due to tighter COVID restrictions on employment, delaying projects in Multnomah County at a higher rate than surrounding counties. Maybe this is a response to the increased regulation of housing by the City of Portland. Another explanation is that people are voting with their feet. It’s likely a little bit of all three, and it’s a rather stark metric to look at.