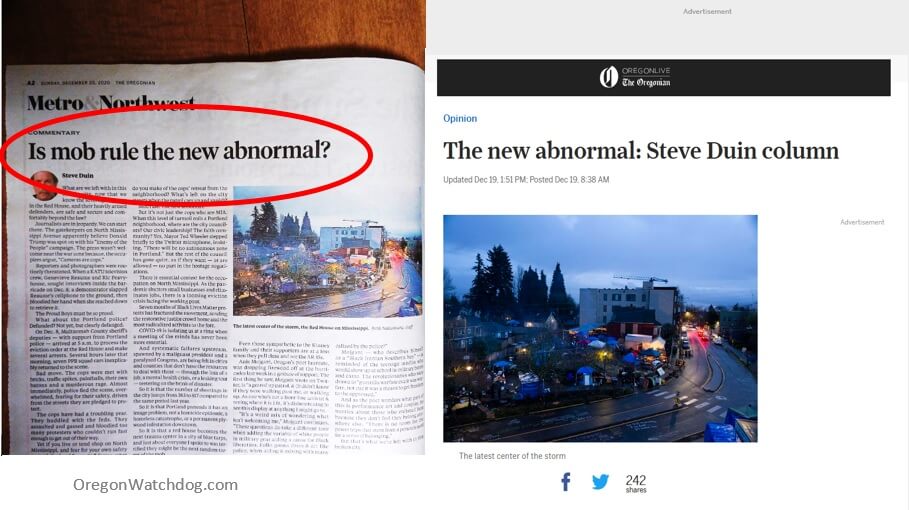 All I can say is that when I opened up The Sunday Oregonian and read the headline, Is Mob Rule the New Normal?, I thought “Perfect headline!  At last! we are seeing more media scrutiny of the Portland riots”.  The article by Steve Duin hits all the best points on the recent Red House Autonomous Zone riot and their violent takeover of a the people’s neighborhood.

It was just sad to see the printed headline be de-throned from a sense of boldness and stark reality to the online version where it was watered down to the point of not communicating anything.

Who knows what caused the change.  Likely the media culture which has been overly soft on the violent Portland protest riots this year made it natural for some headline staffer to think that it is too much to call out the rioters for what they are.  Who knows.   This is not the first time I have seen this happen.

In the end, I am deeply appreciated for Steve Duin’s column, please read.  Duin’s article is what is important and I do feel like there may be a turning point soon in the media’s tolerance for the Portland riots. I hope the headline crew keeps up.

— Read our continuing series: original reporting on the Portland riots