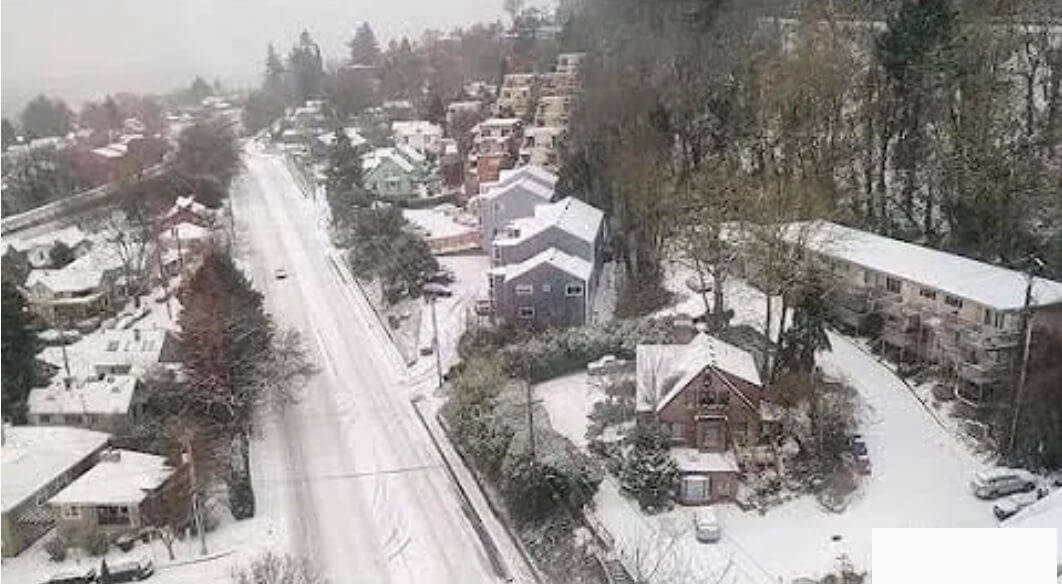 This past week of cold weather across much of the U.S highlights the importance of maintaining a diverse set of reliable energy sources.

Here are some of my own observations from the snow and ice storm here in the greater Portland Metro area from the homeowner perspective, as my neighborhood and others experience black outs from downed power utility lines.

My neighbor’s roof top solar panels are covered in about 5 inches of snow and ice, and either way, this neighbor family is also blacked out. Fortunately, they have a natural gas insert for warming in emergencies.

Another neighbor warms with wood in his wood stove. While I myself don’t want to spare the room year-round for storing wood for making my home warm. I instead scramble and set up a 2,200 watt fairly new portable Honda gasoline generator. But this has its downsides, as only a small number of space heaters can be run off such a portable generator. Also, I run it in Eco mode because it becomes really noise if operated at a higher speed. [I think high localized noise is the case also for standby natural gas fired home generators.]

The other night I saw on television (as my neighborhood’s power is restored earlier in day) that some folks in rural Clackamas County are buying gasoline by the pickup truck loads to run generators to run water well pumps which they rely on for water supply.

Here are some quotes from the Wall Street Journal article “A Deep Green Freeze,”:

“…heavily subsidized wind power and inexpensive natural gas, combined with stricter emissions regulations, has caused coal’s share of Texas’ electricity supplies to plunge by more than half in a decade to 18%.”

“Some gas wells and pipelines in Texas and Oklahoma also shut down in frosty conditions.”

“The Biden Administration’s plan to banish fossil fuels is a greater existential threat to Americans than climate change.” [against this idealism for banning fossil fuels:] “China has some 250 Gigawatts of coal-fired plants under development enough to power all of Germany.”

Moral of the story: American economic history contains a mix of idealism pitted against reality. The building of the continental railroads in the 1800s involved a high degree of national idealism, as the federal government granted land rights to the companies building these railroad lines (there were tradeoffs to railroad development but overall, it seems very successful). Idealism also has its failures, which locally is demonstrated by such programs as the City of Portland’s “Ten Year Plan to End Homelessness” published in the year 2004.

For the last couple of decades, many parts of the U.S are driven by the idealism of creating an all-electric economy. But this idealism seems to be running up against the reality that our society is not nearly capable yet of an all-electric economy while also maintaining and advancing prosperity. Our society must be more patient and open to balancing the environment against the trade-offs forced by nature and its realities.