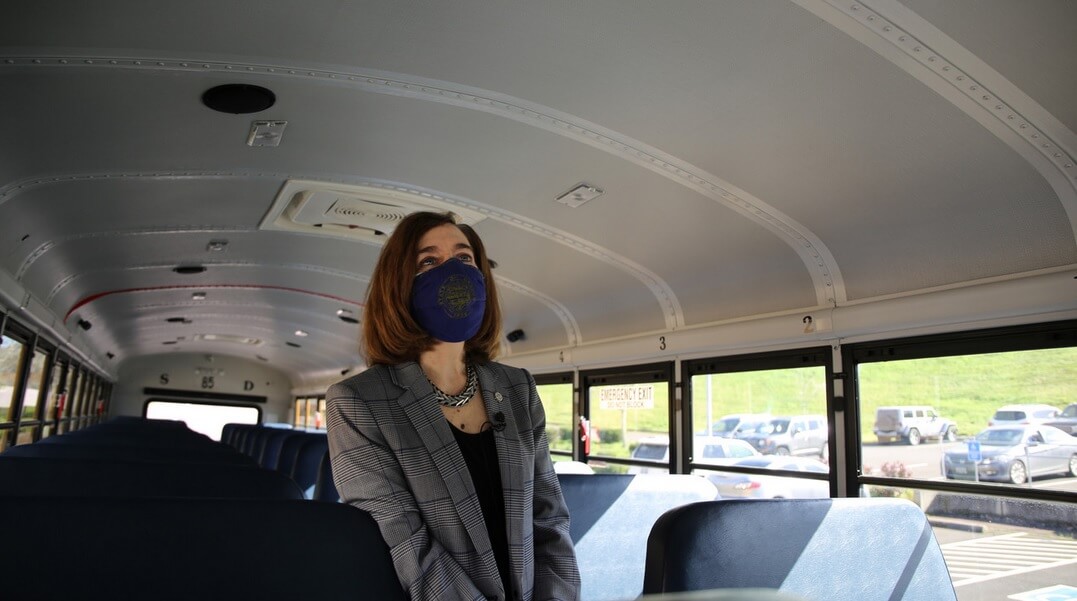 SA After releasing her executive order requiring schools to at least partially reopen, the Governor touted her achievements in her press conference.

In the press conference, she declined to commit to enforcing her order by saying she would be “flexible” with school districts that don’t meet the timeline.

Many school boards failed to reopen schools after the Governor kicked that responsibility to them in December. Now, she is letting them define what ‘reopening’ is. Some have indicated they will skip academic classes altogether and simply hold study halls or other elective courses.

“After keeping the vast majority of Oregon students locked out of their classrooms for a year, the Governor should hold off on crowning herself as the champion for Oregon students,” Senate Republican Leader Fred Girod (R-Lyons) said. “Too many kids have lost an entire year of education. She should not fail them again by not enforcing her own order. Teachers are vaccinated and cases continue to decline. Students should return to the classroom.”

Jennifer Noonan, a mom of 4 and a social work student, has been fighting for nearly a year for schools to reopen. She represents families whose needs aren’t being met by current government school policy:

“The Governor’s hybrid loophole doesn’t work for working families like mine,” Noonan said. “As a mom and a student, I go to school and work on the weekends to lift my family out of poverty. I can’t afford to continue to be a part-time teacher also.

“This is a social justice issue. The Governor should mandate that all schools open for full, in-person, 5-days-per-week instruction for families who need it. Science says we can do this safely. It’s what is best for our kids, low-income families like mine, and our communities of color.”

Earlier this week, the Governor and Democrat lawmakers released a proposal for summer enrichment programs. A week before, Senator Chuck Thomsen (R-Hood River), Vice-Chair of the Senate Education Committee, announced a similar plan.

“After losing a year of education, our students need options to get caught up,” Senator Thomsen said. “As lawmakers, we need to hold the Governor accountable and ensure she delivers on her promises to Oregon students.

“So far, she has been light on details. Much of this money will be going to brand new programs. Her administration has only months to implement them. Are teachers unions going to willingly staff these programs? Where does the money go if all of it is not spent?

“These are the questions Oregonians deserve answers to if the Governor expects them to believe her promises.”