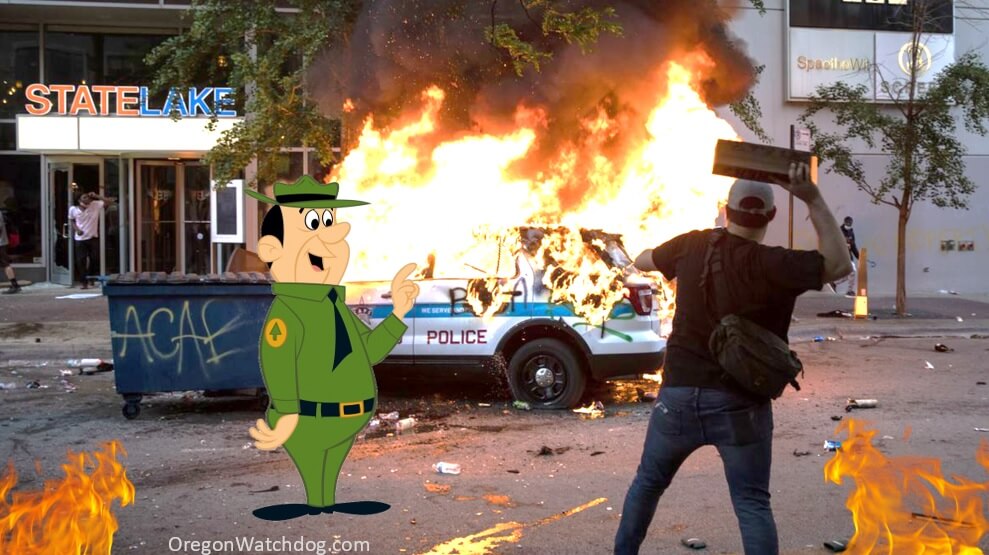 As you may know, Portland de-funded police by $12 million, eliminated 100 positions and dissolved the Gun Violence Response Team which (surprise) caused a 2,000% increase in homicides.

instead would immediately give millions of additional dollars to community organizations and hire 24 additional unarmed rangers as a way to increase law enforcement without hiring actual police. It also included granting $3.5 million to community-based groups to help stop the gun violence. So more unarmed park employees teaming up with an army of social workers.

The ranger plan fizzled. Now the police is being asked to hire more investigators — but — the catch is they must do it with EXISTING FUNDS despite $12 million less and a staff that is 14% less than previous years.

It looks like the entire life-or-death decision in the wake of 2,000% crime spike is to be a purely political decision designed not to save lives, but to appease a small group of political activists and reward them with $4 million taxpayer dollars.