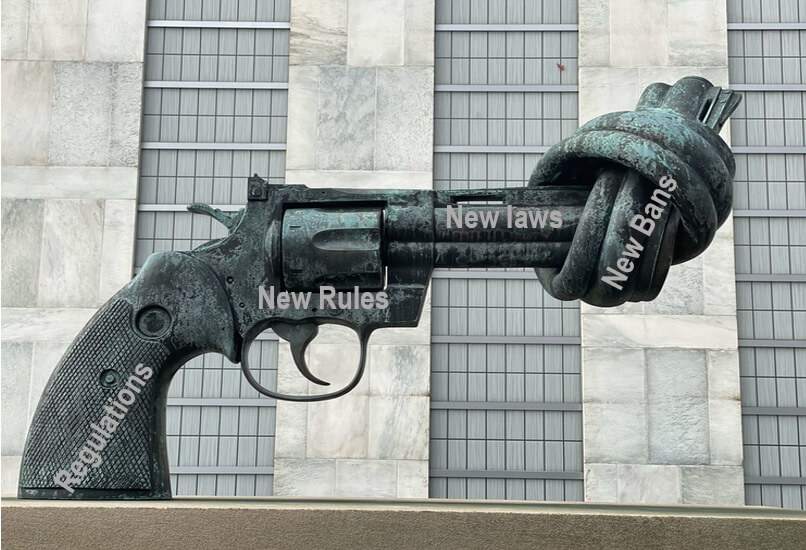 In fact, they make it worse.

The transit worker who did the deed bought his guns legally.

Background checks would not have helped.

He didn’t use a ghost gun but most of the news reports mention ghost guns since it’s the mainstream media’s latest shiny object.

Sheriff Laurie Smith says the minute the killer SAW deputies, he stopped shooting and killed himself.  We’ve seen that before too.

In December 2012, the Clackamas Town Center killer stopped shooting when a private citizen named Nick Miele simply pointed a gun at him.  That killer ran away and blew his own brains out. Wish he’d done it sooner.

98% of mass shootings in the last 30 years happen in “gun free zones”.

On top of that, Joe Biden’s nominee for ATF wants to ban all semi automatic rifles.

Rifles are used in a couple of hundred murders a year.

Pistols are used in about 15-thousand.

Liberal gun grabbing politicians want to disarm law abiding citizens and forbid them from carrying a gun where they might need it the most.

Someone please tell me how that makes sense.