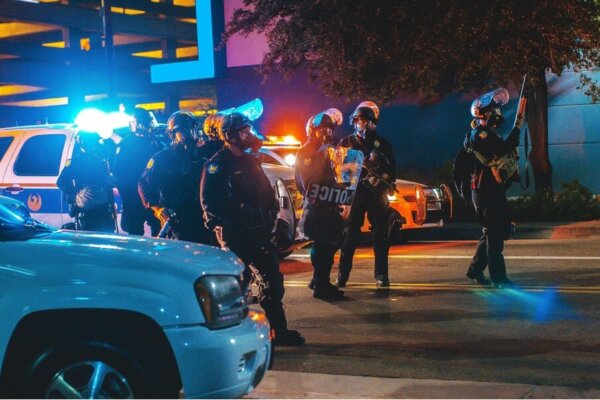 SALEM, Ore. – Over the last year, violence, chaos, and organized crime have crippled Portland and are increasing across Oregon’s cities. Oregon has become known nationally for left-wing political violence. Police funding has been slashed, leading to record levels of gun violence and murder. Officers have been demonized and attacked constantly over the last year, leading to staff shortages and service cuts.

Today Senate Republicans forced a vote to consider Senate Bill 547, a bill to pay law enforcement officers double-time for responding to riots and violent demonstrations. Senate Democrats voted in lockstep to say ‘no’ to more pay for these officers.

“Our shortage of police officers and increasing violent crime are not unrelated,” said Assistant Senate Republican Leader Lynn Findley (R-Vale), who made the motion on the floor and is a sponsor of the legislation. “We need to find ways to attract qualified candidates to help protect our communities. Over the last year, policing has become an increasingly thankless job. The legislature is doing a lot to change how they do their jobs. It’s time to thank them for keeping us safe.”

Last week, the Senate passed HB 3059, which would make breaking up riots optional for police departments. SB 547 would reward police officers who put their health and safety on the line to enforce laws for the protection of lives and property by breaking up a riot.

“Beefing up pay for our police officers who put their lives on the line for the safety of our communities is the least we can do to say thank you,” said Senate Republican Leader Fred Girod (R-Lyons). “Their jobs have become exponentially more difficult in the last year. The inability of Portland officials to enforce the law has put countless lives in danger and has in part led to burnout. The legislature needs to step up to support our officers.”

Since July of last year, over 115 officers have left the Portland Police Bureau. The Department of Oregon State Police has 64 openings for troopers. Oregon police departments experienced a 10% increase in police separations last year. According to the International Association of Chiefs of Police, 65% of police departments around the country have too few applicants. 25% are reducing services because of these shortages.

The vote to withdraw SB 547 was shot down by Senate Democrats and will stay dead in committee while violence continues across our state.