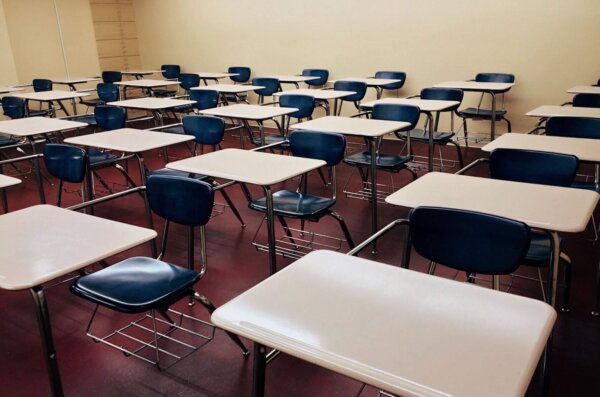 The minority report, carried by Senator Chuck Thomsen (R-Hood River), mirrors the bill passed out of committee, but would also raise the decade-old arbitrary cap on virtual public charter school enrollment from three percent to four percent of the school district’s student population.

“The reality is, many students don’t thrive under traditional learning models,” said Senator Thomsen, the vice-chair of the Senate Education Committee. “Virtual public charter schools are a great option for many kids for many different reasons, whether it be bullying, the flexibility to learn at their own pace, or to accommodate mental and physical health conditions. The current cap is a cap on student potential. It doesn’t serve what should be the main goal of our education system: to serve Oregon students’ needs and set them up for future success.”

Despite overwhelming support from families and students to raise the cap, Democrats voted in lockstep to defeat the motion to include this provision.

“This is the time for real education reform,” said Senate Republican Leader Fred Girod (R-Lyons). “This session, the Democrats have lowered education standards and avoided meaningful reform by throwing more money at a failing system. School choice is fundamentally about giving students, regardless of wealth, the best education possible for them. Republicans will continue to be the party of educational opportunity and school choice.”

Increasing the cap on virtual charter schools would have been a small victory for those trapped in a system that doesn’t meet their needs. For communities of color and low-income households, too few education options exist. Without options, families will be stuck in a failing system that hinders upward mobility. Giving these families the freedom to choose an education that works for their students correlates with increased academic achievement.

Despite promising to promote “Access and Equity in Public Education,” Senate Democrats have blocked all school choice measures from advancing this session, including a measure that would have completely lifted the cap on virtual public charter school attendance. Senate Democrats held a public hearing for SB 240, but only after it was ‘dead’ due to legislative deadlines.

Public support for school choice has skyrocketed since the onset of the pandemic. Traditional, government-run public school models were no longer a viable option for many, including our most vulnerable populations. When Governor Brown shut down schools in the spring of 2020, students and parents flocked to virtual public charter schools. The current three percent cap on enrollment led to record transfer rejection numbers. Since July of 2020, the Oregon Department of Education has received at least 839 rejection appeals, the vast majority of which have been upheld without reasonable explanation as to why.

Yet, at least 41 school districts in Oregon have exceeded the three percent cap on virtual public charter school attendance, further demonstrating the demand for education alternatives. New data from Real Clear Opinion Research finds overall support for school choice is increasing as parents need more options than ever before:

The minority report for HB 2954 was voted down by Democrats. The Senate passed the original bill that carries the same language but fails to provide necessary education options.