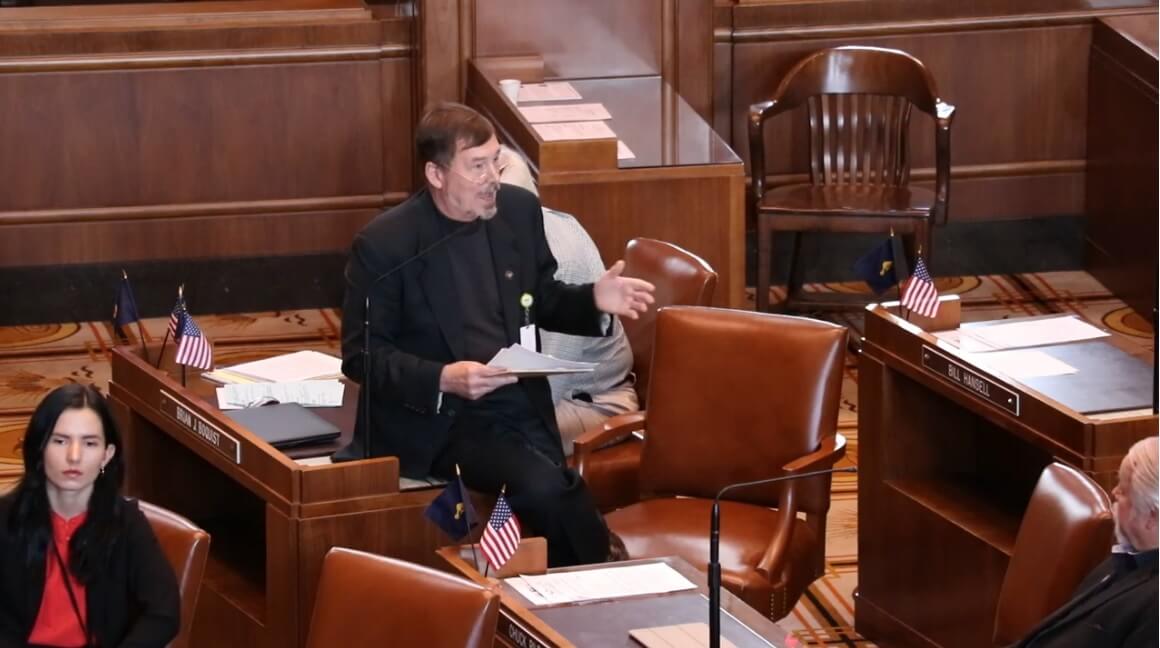 The establishment legislature is racing to pass higher budgets along with end run bills against citizens then flee the closed Oregon State Capitol.  Follow bills on OLIS, and in Joint Ways and Means – a 5000 series bill is a budge bill.  This past week, I voted against most of the state budget bills, some containing over 23% increases, claiming it is more expensive to keep government closed so state agencies need more money to keep out the public.  Bizarre.

HB 3284 passed into law allowing the release of vaccination data if the release complies with federal laws.  The Carrier of the bill claimed on the Floor of the Senate the bill was not about vaccine passports but the federal law release is written in the bill.  See the link.  Further, the Governor, Oregon Health Authority, and OSHA with Attorney General backing continue as of today to demand businesses check for vaccines upon entry of any business.  If not, police will be used against you.   So who is right?

Be watching for more 5000 series budget bill increases and bills like HB 2680 the public funding for legislative campaigns up to $600,000 per State Senator.  This is a decent article on HB 2680.  Public taxpayer funding of legislative campaigns will ensure incumbency after re-districting is completed by the establishment Democrats.  To be fair, likely some Republican deal making in this process as well.

House Bill 3115 is on the way to the Governor’s desk and it decriminalizes where the homeless sleep by allowing the homeless to sleep on public land in all communities. In a totalitarian fashion, it forces communities to rewrite local rules to allow homeless people the ‘right’ to sit, lie, sleep and keep warm and dry on public (taxpayer) property.

Oregon Democrats passed HB 3273, or the “protect rioters identity act.” No longer can the media obtain arrested booking photos for publication. The rioters, anarchists, etc… BTW, this law is so poorly written, if a police officer beats a civilian, the officers booking photo cannot be released. Transparency in Oregon. Portland coddling criminals. Nevertheless, these democrat enablers keep getting elected and dictate policy for the rest of the state.

The legislature revised history by changing the words of the Oregon state song to make them more “equitable” (a favorite word used by critical race theory proponents – more below).

Author Naomi Wolf was the latest target in Big Tech’s censorship campaign as she was banned from Twitter for reading a press release by Oregon State Senator Kim Thatcher.   Naomi Wolf is a bestselling author, journalist and one of America’s leading feminist voices.

The Portland Police Association moved out of its North Portland office and plans to sell it after it became the target of vandalism and fires by antifa and anarchists in the past year.

“Catch and release” Multco DA arrested antifa members who vandalized the Democrat headquarters in downtown Portland after Biden was inaugurated. Interesting how they go after people who harm things important to Democrats…

While this topic may not impact many Oregonians, it is critical to gain more awareness. Media is already reporting on the droughts and fires expected this year, many down in Southern Oregon, including the Klamath Basin, just in time for the area to have its water severed for outrageous reasons.Family farmers and ranchers served by the federal Klamath Irrigation Project will receive NO WATER from the A Canal, the primary facility that delivers water to the Project from Upper Klamath Lake. The reason is a combination of drought and regulatory restrictions under the Endangered Species Act. The water is going to suckerfish and salmon instead of critical farming irrigation.