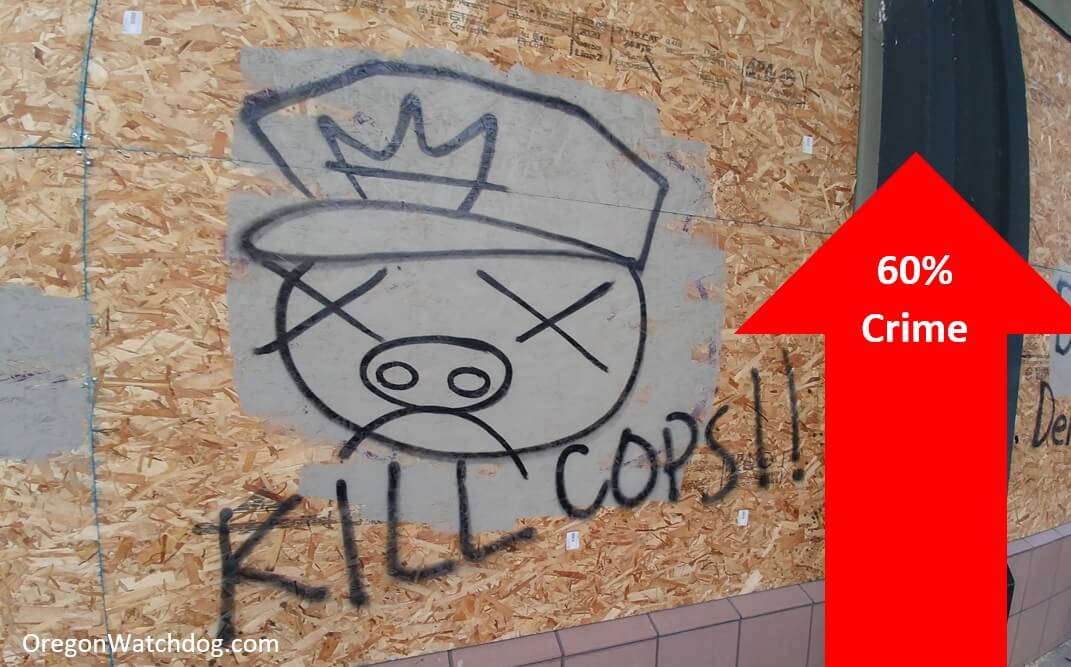 Nearly a third of Oregonians favor abolishing police departments, with 45 percent of those under 30 endorsing the idea, according to a poll by the Oregon Values and Beliefs Center.

While 67 percent of the 1,400 people surveyed in June want to keep funding the police, the one-fringe concept has gained traction..

Nearly three-quarters (72 percent) supported a ban on chokeholds, with more college graduates (82 percent) supporting the ban than high school graduates (63 percent). Forty-four percent want a ban on police use of tear gas and crowd-control munitions, but 48 percent opposed it. More women than ban supported the ban.

This poll results reflects an extremely disturbing liberal trend that is having real world impact.  Since Portland defunded police by $12 million and 100 positions, the city has seen near record breaking crime rates and a 60% increase in homicide.