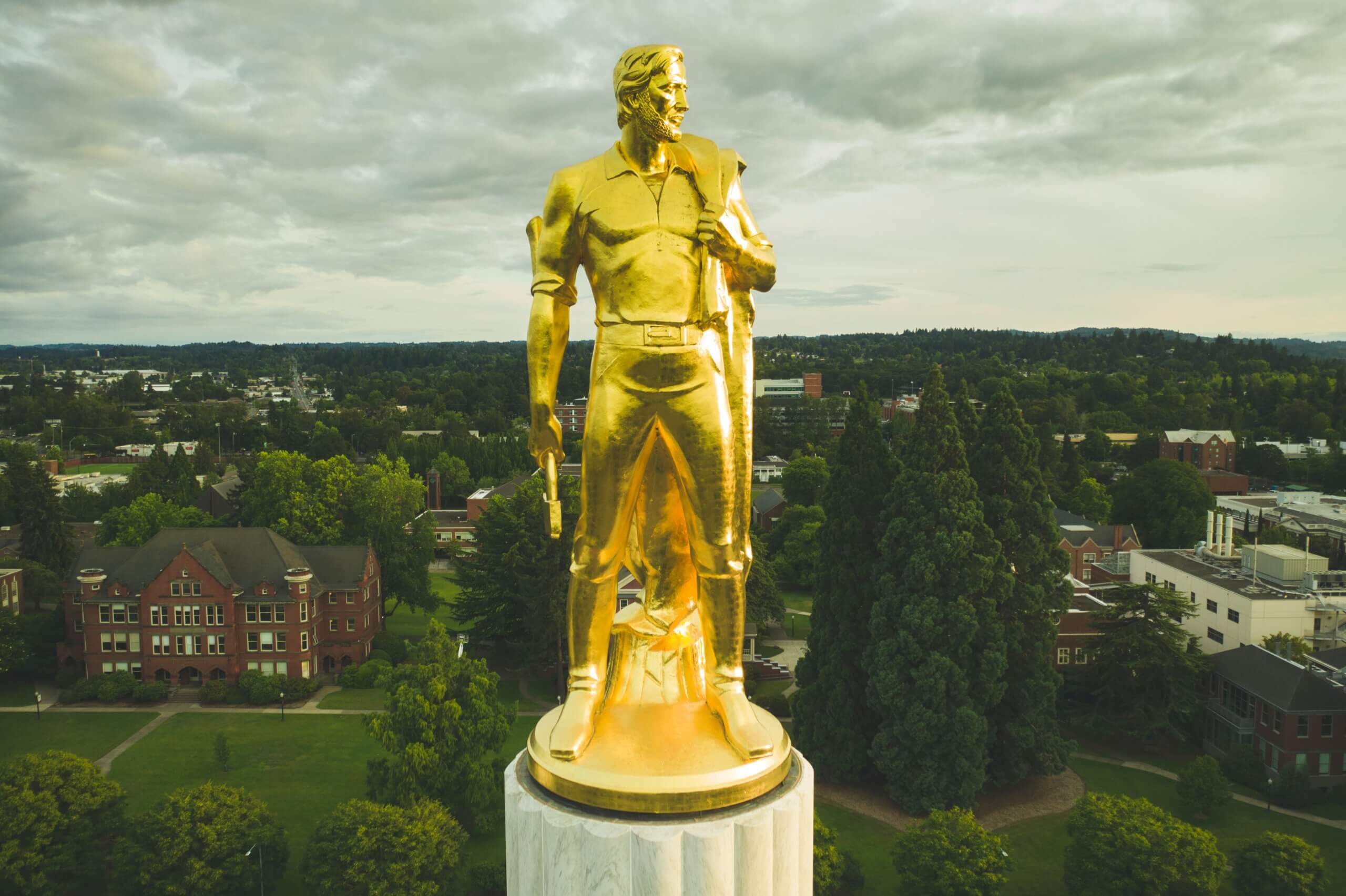 This article was originally published in The Oregon Way.

Article IX, Section 14 of the Oregon Constitution — known colloquially as the kicker — has been a feature of Oregon budget politics since it was statutorially approved by Oregon voters in 1980. The policy was referred to voters in 1979 by a much more conservative Democratic-majority legislature than the legislatures we’ve experienced in recent decades. Later, a constitutional amendment to enshrine the kicker in the State Constitution was presented to and approved by voters in the 2000 election by the 1999 Oregon Legislature controlled by Republicans.

The basics of the kicker are simple. Immediately after the Oregon Legislature concludes its session, the Oregon Office of Economic Analysis is responsible for creating projections for personal income tax collections. Oregon’s Constitution requires a balanced budget so these projections are important for budgeting. If state economists project more income taxes than are collected, a budget shortfall results. That shortfall leads to budget cuts in the subsequent short legislative session. But, if economists project less income taxes and the amount collected exceeds 2 percent of the project, all the revenues above projections are returned to taxpayers.

Many Oregonians have strong feelings about the kicker. Among those with strong, negative feelings are Oregonians concerned with income inequality. They tend to view the kicker as regressive — because it does not give an equal amount of funds back to Oregonians. The merits of that argument won’t be addressed here.

Many other Oregonians (mainly Democrats, but some Republicans as well) think the kicker prevents good government spending by locking away unexpected tax collections when the economy is strong. This argument needs a little further examination.

First, it’s not as though the triggering of the kicker bankrupts the state. The state economists have several bites at the apple to try to get their projections as close to the actual total as possible. Even in years when we have received a kicker, they’ve already had a chance to make more aggressive forecasts in reaction to new data. The following is direct quote from state economists in May 2021:

Given Oregon’s unique kicker law, a booming economic outlook requires an equally aggressive revenue outlook to match it. Taxable income is expected to continue to post healthy gains, showing no evidence of the economic shock we are living through. The outlook for General Fund tax collections has been revised up by around 5% over the next few years. This translates into significantly more resources for policymakers.

Similarly, the May revenue forecast completed by the economists noted that “[a]vailable resources have increased by more than $1 billion per biennium through 2025-2027.” In other words, state economists adjusted their forecast based on a strong economic rebound. Today, the rebound is still going to outpace even those projections.

Second, the alternative to the kicker suggested by this group of Oregonians would likely hinder, not help state finances. Those concerned with overly draining state coffers argue that an excess of collected taxes shouldn’t go back to the people; instead, they argue, those dollars should go into a rainy day fund. But if that alternative to the kicker was in place the $5 billion worth of reserves created (the combined total of every kicker since its creation) would have wreaked more havoc on state budgets, rather than made them more sustainable.

The Legislature’s historical track record on proactively planning for rainy days is not good. It seems to me that poor budget practices — not a lack of revenue — has been the more systemic issue for state budgets. Our imagined rainy day fund would have merely become a slush fund allowing lawmakers to direct general fund dollars away from education and health care to lesser priorities. Slowly, but surely, legislators have realized they don’t have access to a huge backup fund and, as a result, they’ve become better stewards of our tax dollars.