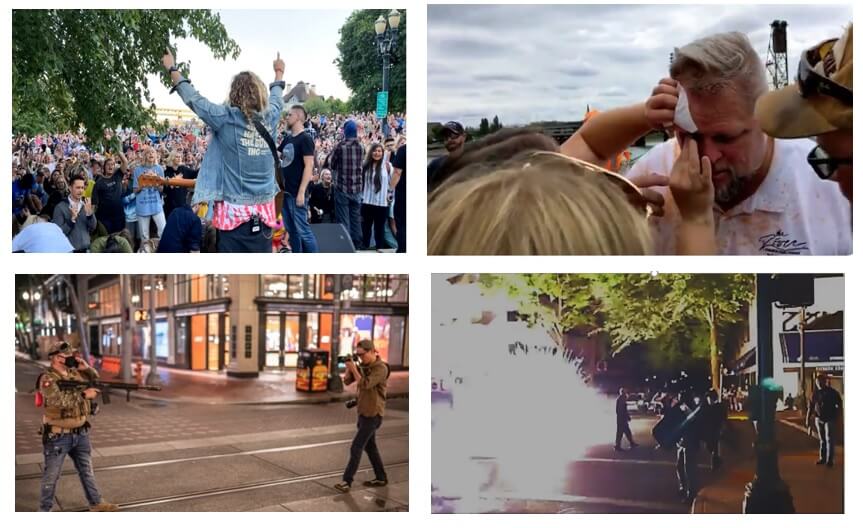 It was a confusing weekend with four different groups playing a part over two days in an event that drew national news attention.  One event was small the other large.

First, on Saturday Aug 7th there was a political activist preacher from Canada, Artur Pawlowski, who called for a small prayer event at Portland’s Waterfront park.  Pastor Pawlowski had previous been making news headlines during the pandemic with two arrests/fines for illegal gatherings related to protesting Covid restrictions.

Anarchist showed up to Pastor Pawlowski’s event and began to interfere at the small event.  It appears that mace was used, sound equipment stolen, and even flash bang devices used near children.  When worshipers complained, they were attacked even more by the anarchists.

Shocking video recorded in Portland show a large group of antifa carrying shields & weapons move in to attack & shut down a family Christian prayer & worship event on the waterfront. Police did not intervene. pic.twitter.com/8JZuI1LPHo

Then on the following night, Sunday Aug 8th, a much larger event took place with musician Sean Fuecht.  Fuecht is a popular Christian singer who has been holding large worship rallies all over the nation since Summer of 2020. 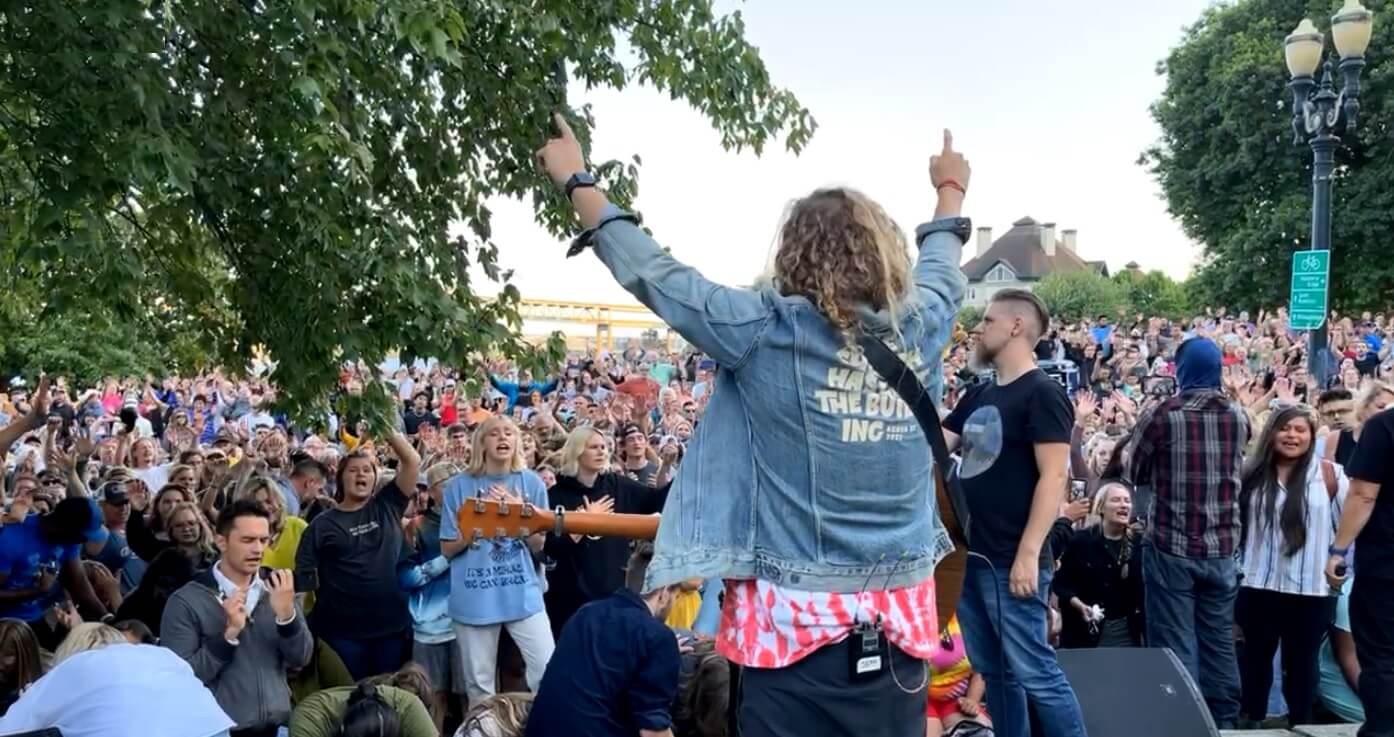 The singer posted a message about protesters throwing illicit items on stage: 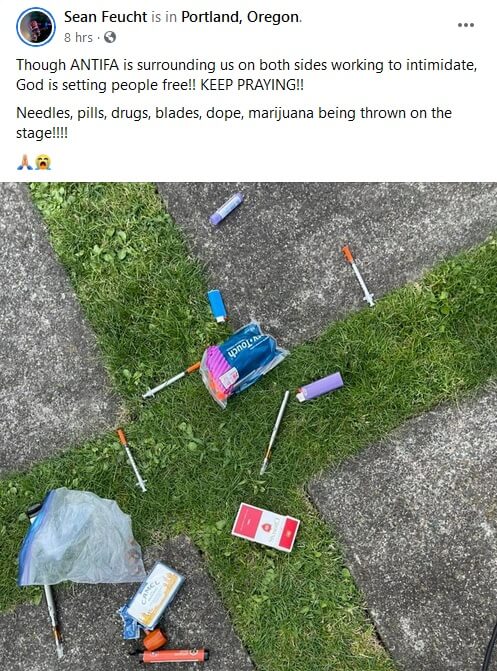 There were other disturbances at the concert:

As night fell, it escalated to open skirmishes with airsoft guns, mace and fireworks pic.twitter.com/pOtc63FxKP

Then a third separate group, reportedly Proud Boys members arrived at the concert including Proud Boys member Tusitala “Tiny” Toese (photo below) who has been previously jailed for 6-months for previous street fights with anarchists in Portland.  He can be seen in video walking downtown wielding a baseball bat. 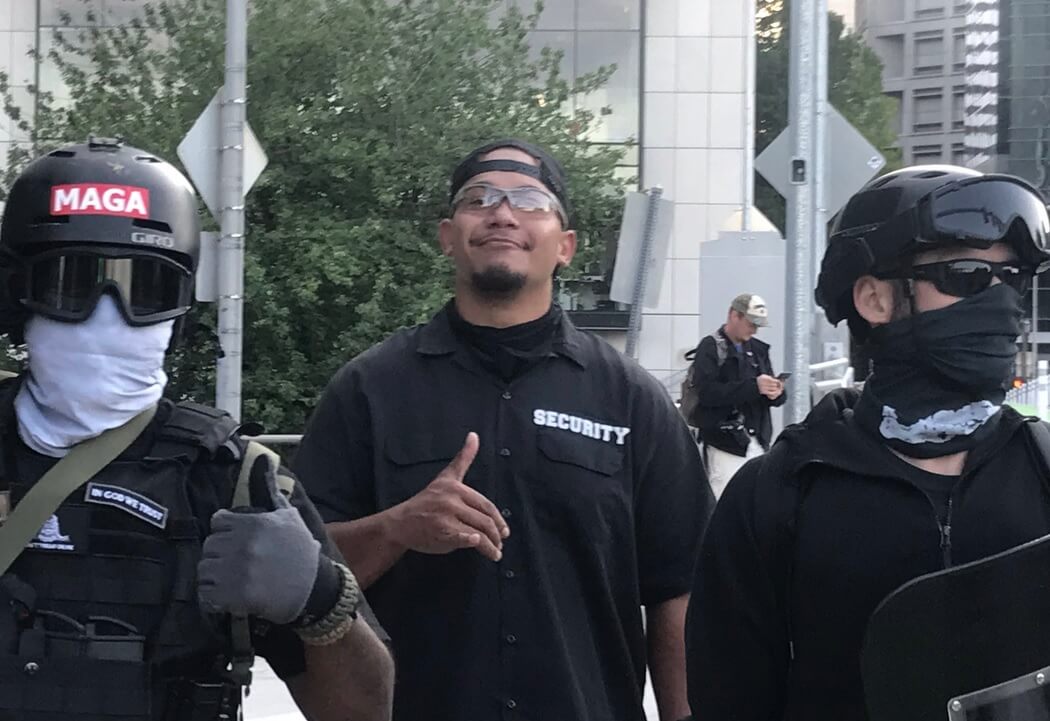 Later on these two sides clashed.

One of these men was seen pointing his rifle at a reporter.   The rifle was later to cited as an airsoft gun. 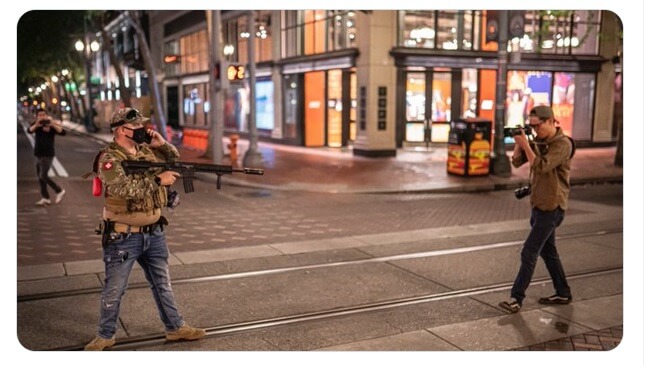 Later clashes between the Proud Boys and anarchists led to an exchange of mace and fireworks.   Video shows bystanders being maced.  It is difficult to make out which side is doing what.

Downtown Portland: Far-right extremists groups and anti-fascists battled on the streets off for over an hour.

There were beatings, mace, and improvised firework explosives.

Downtown Portland: Far-right extremists groups and anti-fascists battled on the streets off for over an hour.

There were beatings, mace, and improvised firework explosives.

The reporting on these two events have been confusing and conflicting and we will update this story as more information becomes available.