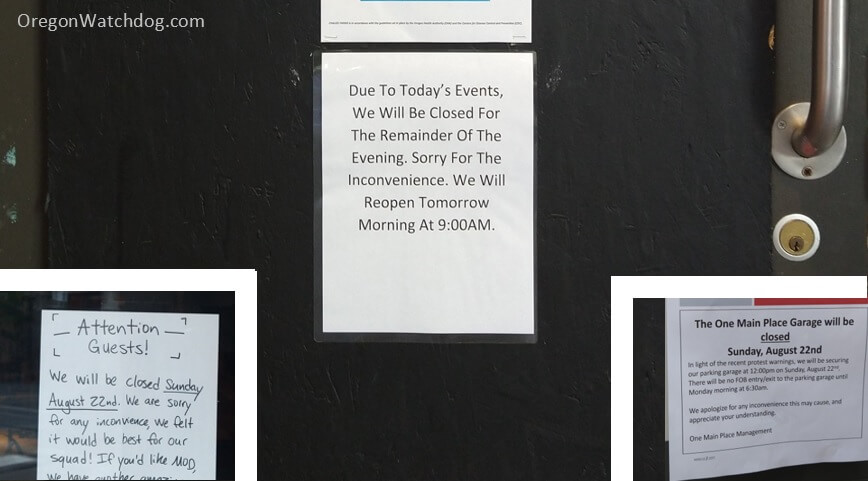 Portland small businesses suffered another set-back this summer when anarchists scheduled a protest at Portland’s Waterfront Park on Sunday.  As the above photo shows, many businesses simply had to shut their doors and turn away customers in order to be safe from the protesters.

Some businesses were vandalized.  Below shows the Portland World Trade Center building which had a rock thrown through their walkway windows, sending glass shards below. 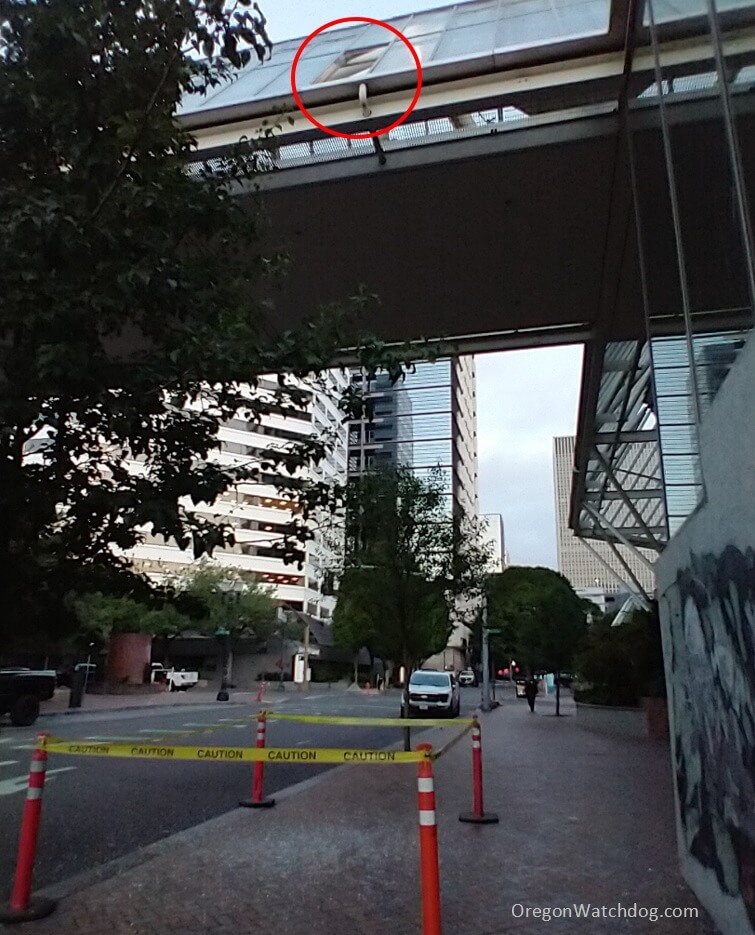 Another business had their boarded up doors ripped off.  Followed by a “Kill all Cops” message on the right. 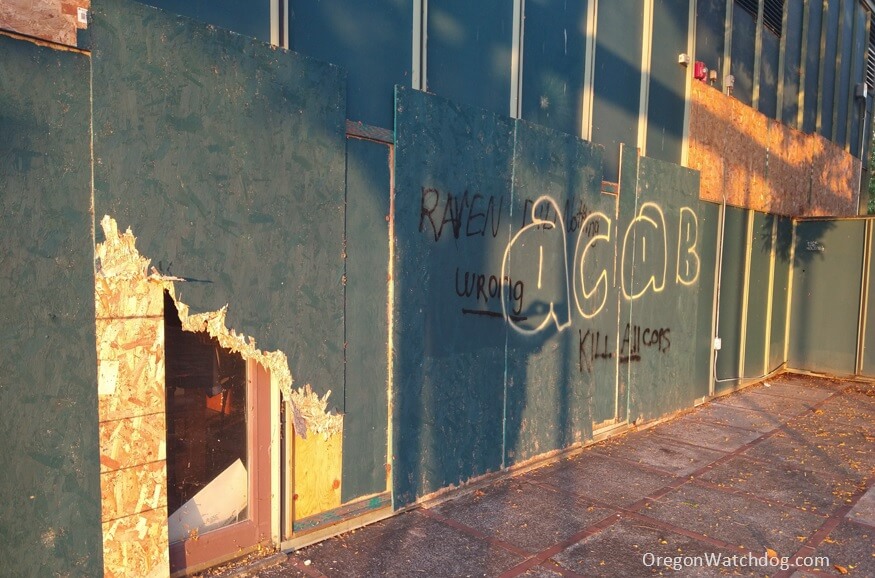 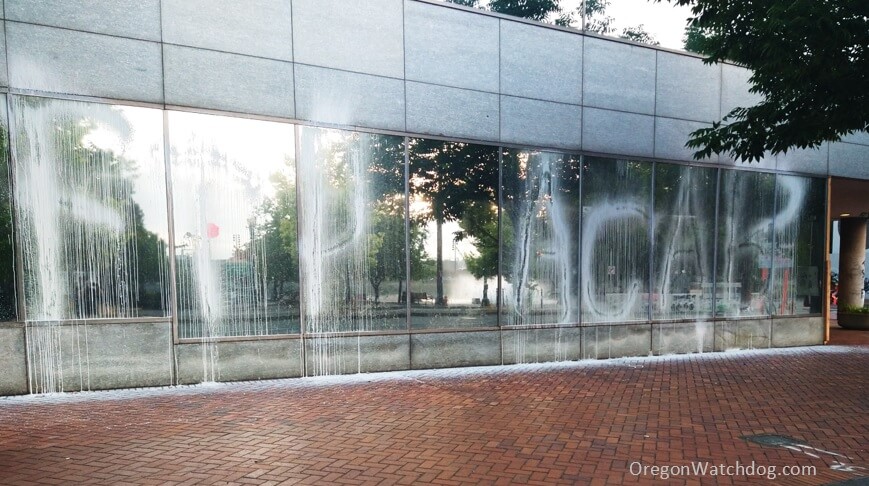 Entire blocks were covered with vandalism that afternoon. 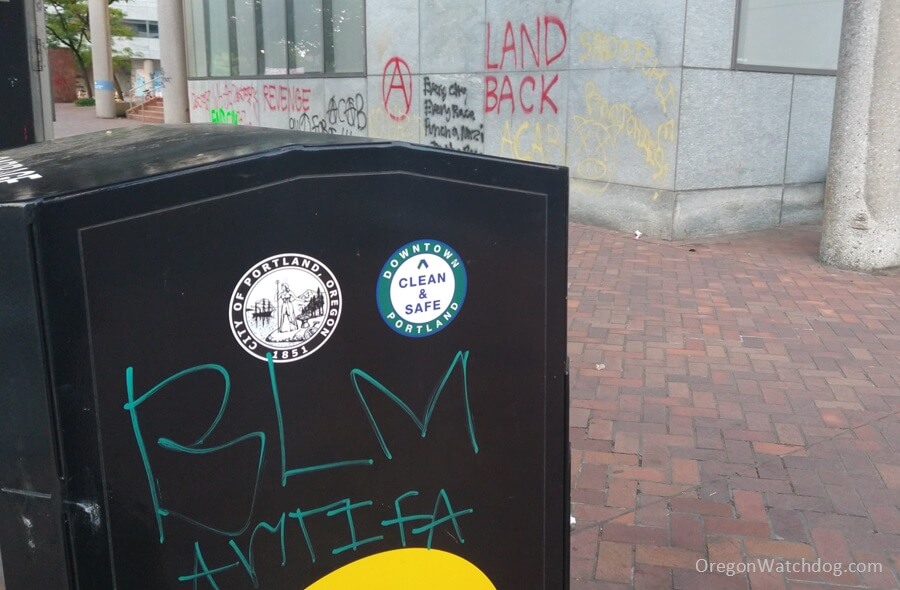 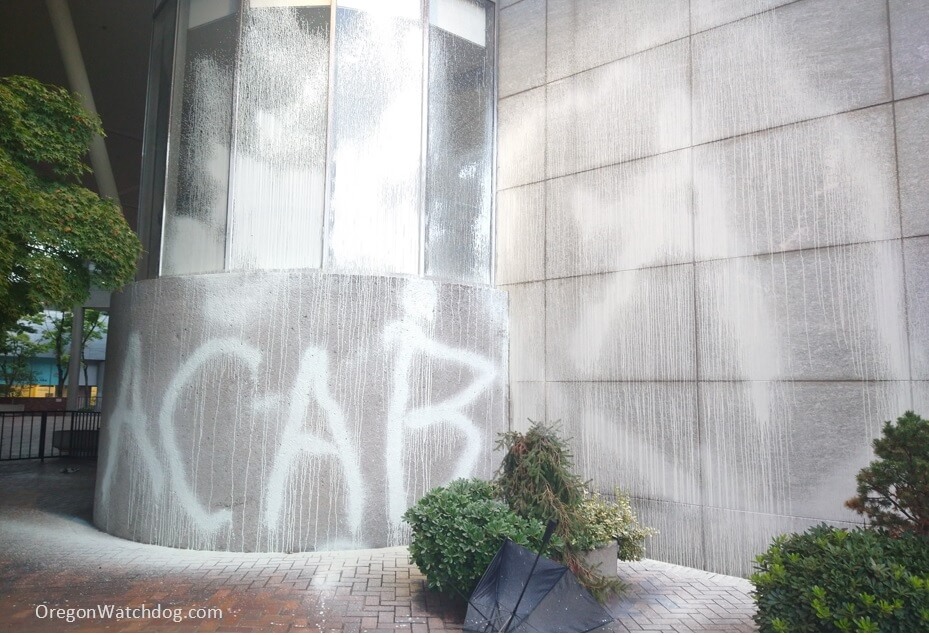