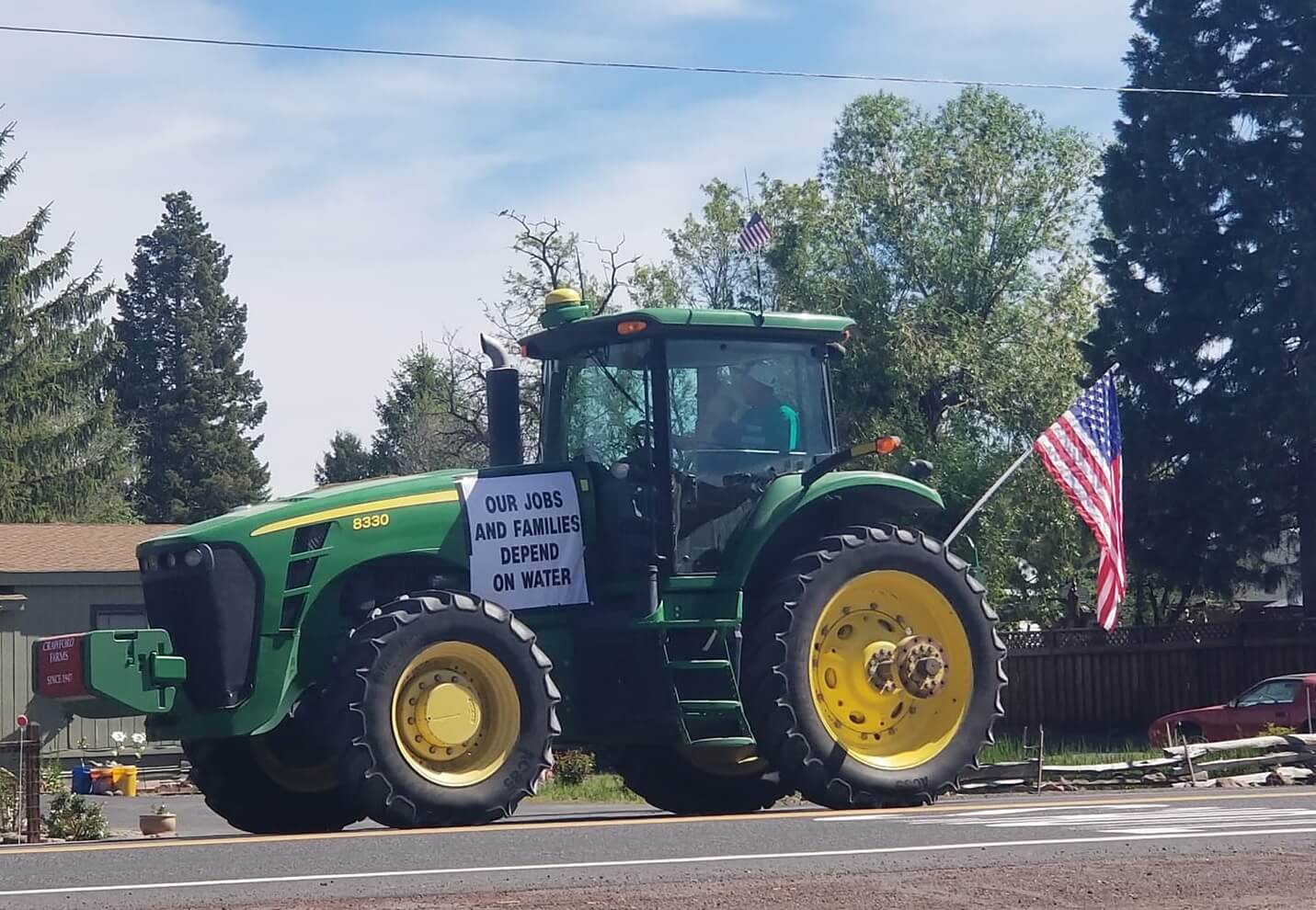 The Klamath River is a place of wonder and beauty. The miles of river run through the ancestral homes of indigenous tribes, such as the familiar names of the Yurok, Karuk, Modoc, Shasta, Klamath and Hoopa Valley Tribes, and some not so familiar, such as the Nor-Rel Muk. The Klamath River spans two states and several counties and is called by some an upside-down system, since the wetlands and marshes are at the top and not at the bottom as most river systems. The complexity of the geography and the vastness of the river kept some areas isolated until recent times. And the winding mountain roads that follow the river keep it that way even today. Communities like Sawyers Bar and Weitchpec lack high-speed internet that most people take for granted. Some rural homes only recently obtained electrical service. During the beginning of the COVID outbreak, people living in places like Klamath found themselves with real food shortages due to the quarantine.

The fight over the removal of the dams on the Klamath and the cutoff of water to the Klamath Project is what makes the major news stories, but problems with the fisheries and land use go back to even before the dams were built. These issues involve a common thread: the promises made to local indigenous tribes and farmers by the federal government that over time have been broken. This history of broken promises is one of the key reasons it is so difficult to come to consensus about land and water use issues, even though the region has tried hard to do just that.

Who has a right to the water? Farmers or tribes? Well, both of them due to promises made by the federal government – promises that it cannot fulfill unless it makes major investments and helps right past wrongs.

First the federal government gave land to the Klamath Tribes and then took it back and turned it into national forest land, and then the drive began to bring more people to the West with land and water promised to people if they moved here to farm and ranch. Both have paved the way for decades of conflict and lack of trust among all stakeholders. Unintended but highly negative impacts to water quality resulted in the violation of federal obligations to guarantee tribal fishing rights.

Currently, a biological opinion says that the Bureau of Reclamation must take into consideration the endangered suckers, and that water that would have gone to the farms and wildlife refuges – home to thousands of waterfowl – must be kept in Klamath Lake to protect those fish.

In addition, the fight over the dams owned by PacifiCorp but regulated by the Federal Energy Regulatory Commission (FERC) allowed many of the people who felt that the fisheries downstream from the dam had been harmed by the dam’s placement to ask that the license not be renewed. In a contentious process that has spanned three presidential administrations and more than a decade of meetings, most parties (including the dam owner) have agreed that the water-fouling dams must come out. Even with dam removal progressing, there is still an active group opposed, and that makes it difficult to work on issues such as a strategy to bring stakeholders together for restoration and water saving efforts that could save fish and farms.

As the Klamath River and the Klamath Basin confront one of the worst droughts in the last 100 years, the stakes have become even higher with the vast majority of out-migrating salmon showing signs of infection of a parasite that comes with high mortality, and no water provided for returning waterfowl or farmers. The tragedy of this year’s perfect-drought-storm is that a broad group of stakeholders came up with a plan to return land to the tribes, restore wetlands, provide water for farms and the refuges — and the plan was never implemented by Congress.

The land that was going to be purchased for the Klamath Tribes has now been sold, and the stakeholders lost hope that there could be an agreement. But this year’s drought has caused the effort to be revisited and there is guarded hope that a solution can be found that will mean water for fish, farms and waterfowl.

In his book “Klamath River of Renewal,” Stephen Most recounted meeting with people up and down the river and summed up the feelings of the communities there as “a hope of a future that will bring renewal.” As he admits, this can mean something different for each community, but there is still a tie to the river and the hope that a solution can be found. The Klamath needs an epic investment in landscape restoration to improve water quality, increase the abundance of endangered fish, and take regulatory pressure off agriculture. A win-win is possible, but the fractured communities and interests of the Klamath Basin must work together for this win-win outcome. It is hard enough to get congressional support when you all agree. It is almost impossible when people dig into their positions and try to litigate their way to success.

You can take a tour at the mouth of the Klamath given by a young Yurok man, who will tell you, as he paddles you up the Klamath River in his hand-made dugout canoe, that his people have lived along the river since time immemorial and that people who live on the river are the solution to the issues facing both the tribes and the farmers. He has hope that there can be a future for the forests, fish and farmers. He has hope. At the other end of the Klamath, you can walk the fertile soil with a farmer whose family came generations ago and carved out a life with hard work and sweat and built a community that feeds America. He is discouraged by the fact that people had a solution but political leaders let it slip through their fingers. He has not given up. The stakes are too high. The water pumped through the irrigation system provides not only water for irrigation, but for waterfowl as well.

These two people represent just a portion of the complexity of the issues on the Klamath River. It would take a book, and many have been written, to explain how the Klamath came to this point. The future for the Klamath River and its communities will depend not just on the people who live there, but it will depend on all of us. It will depend on the public not taking sides in a “winner-takes-all contest” that pits the fish against farmers. Because if that happens, then no one will win. There is hope for the Klamath, and it is because of the people who live there – all of them.