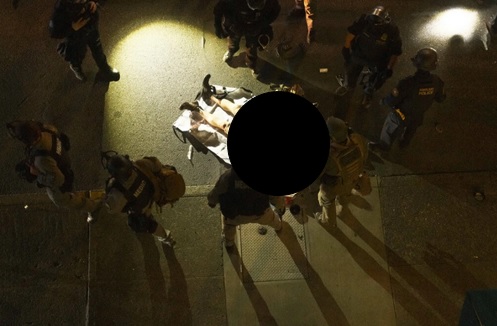 I don’t like lawsuits. Having said that, sometimes it’s the best way to get something done.

Aaron Danielson, a supporter of Make America Great Again, lived in downtown Portland. Walking down the street the night of August 29th last year a self proclaimed Antifa activist ran up to Danielson and shot him to death. Law enforcement caught up with the killer, Michael Reinhoehl, and shot HIM to death when he tried to pull a gun.

Now, Danielson’s family has sued the city, its Mayor and District Attorney for, quote, “encouraging a culture of vigilante policing.”

You see, Mayor Feckless Ted Wheeler ordered police to take a hands off approach to Antifa.

Self styled Social Justice Warrior DA Mike Schmidt publicly announced he would not prosecute hundreds of crimes committed by those rioters.

You can view the story HERE