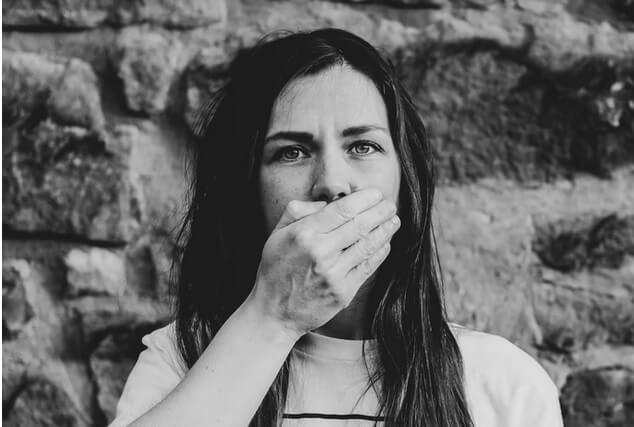 The largest labor union in Washington state, the Washington Education Association (WEA), represents nearly 100,000 teachers and support staff in Washington’s K-12 system. It is also one of the biggest forces for transforming taxpayer-funded government schools into indoctrination and recruitment centers for leftist activism.

While it has been true for decades, recent events have awakened many parents to the reality that the values and interests of teachers’ unions do not align with those of their families. Perhaps the biggest driving force behind this realization is the concerted effort to saturate government schools with the toxic and divisive ideology of critical race theory (CRT).

In August, the Freedom Foundation documented how the National Education Association (NEA) — the nation’s largest teachers’ union — had gone all-in backing CRT as a way to advance a far-left political agenda under the guise of fighting racism.

A review of WEA’s statements and materials confirms that the NEA affiliate is every bit as invested in CRT as the Washington, D.C., headquarters.

In August, WEA published a resource for its members alliteratively titled, “Teaching Truth: Tips for Teachers in a Tumultuous Time.” The document made it clear WEA views concerned parents as ideological opponents to be resisted, not listened to.

The document opens by claiming that, “Recent broad-ranging attacks on how we teach and what we teach has created confusion about how we can safely continue teaching accurate and updated curricula…”

Teachers are assured, however, that they are “protected” and “cannot be disciplined” for teaching district “prescribed curricula,” which they have “broad leeway” to implement, “whether that’s by choosing which books to read or by selecting which units on which to spend more or less time.” The only limitation acknowledged by the union is that “[e]ducators should not teach curricula that are explicitly prohibited by their administration.”

And what if a district has banned the teaching of CRT? Not a problem since, according to WEA, CRT is only “taught in universities and law schools,” while K-12 educators only “teach age-appropriate lessons that help our students understand and communicate across differences and portray a holistic and accurate picture of our nation’s history.”

This rhetorical evasion takes advantage of the difficulty of precisely defining CRT and highlights the complexity of attempts to ban the teaching of concepts like CRT via legislation.

WEA advises teachers they “do not singlehandedly need to justify or defend the curricula” and “do not have to reply” to parents’ emails “asking questions about what exactly we are teaching regarding equity, anti-racism, LGBTQ inclusion, sexual health education, and more.”

The union refuses to even acknowledge the sincerity of parents’ concerns, dismissing them as simply the product of “corporate interests” attempting to “undermine public education” by “inciting paranoia among families.”

And if a teacher feels “threatened by activists,” WEA encourages them to report it to school administration “and to the police” — a rather ironic position for a union that has endorsed removing police from schools and other anti-law enforcement positions.

This also echoes the chilling, un-American view advanced this month by the Biden administration’s Department of Justice that upset parents speaking out against school district policies deserve FBI scrutiny.

The WEA document also defends the display of BLM flags in classrooms as “appropriate, and indeed needed” and endorses inaccurate and anti-American history curricula like The 1619 Project.

Unfortunately, the resource is just the latest in a long line of examples proving WEA’s complete allegiance to CRT. Indeed, the ideology appears connected to much, if not all, of WEA’s advocacy.

At the outset of the COVID-19 pandemic, WEA produced a document titled, “Recommendations on Equity Guidelines for COVID-19 Continuous Education.” It proclaimed that, “Institutional racism and structural racism consciously and unconsciously exist in the systems that educate students in public schools,” an amusing, if not surprising, contention given the degree to which WEA influences Washington’s K-12 system.

The recommendation called on school officials to use an “Explicit Equity” lens to “examine new policies in teaching and learning during Covid-19 for online learning and distance learning.” Failure to do so, according to WEA, is effectively racist: “If an ‘Explicit Equity’ lens is not used, then ‘implicit bias’ wins.”

WEA inculcates this mindset in its staff, officers and members through regular publications and events.

The union’s summer 2019 newsletter profiled two WEA-sponsored “Educators of Color” conferences it described as “part of an effort to create a new culture in our schools that advocates for an end to institutional racism.”

The article highlighted the experience of Scott Wilson, president of the Pasco Association of Educators, at the Richland conference:

“‘I believe that one of the significant issues that we have to deal with in our society is implicit bias and this unrecognized racism … I believe we have a long, long way to go,’ Wilson says… ‘I have a lot of members who are on all sides of this… I need to help them wake up. My doing so could ruffle some feathers but that just might have to be what happens.’”

Fast forward to January 2021 and Wilson was ruffling feathers — and making headlines — after claiming at a Pasco School Board meeting that the district’s plan to begin re-opening schools was “supporting white privilege” and dismissing parents supporting in-person schooling out of concern for their suicidal children as “ignorant and another expression of white privilege.”

Following the Black Lives Matter protests in 2020, WEA released a resolution in November 2020 endorsing not just the unassailable proposition that black people have equal value and worth, but the worst elements of CRT ideology, like the belief in ubiquitous-though-ephemeral systemic racism, and a rejection of race equality and neutrality in favor of increased racial consciousness.

“[T]he WEA believes,” proclaims the resolution, “that the norms, standards, and structures manifested in White supremacy culture perpetually exploit and oppress Black people and serve as detriments to racial justice.”

So insidious are these racist forces, according to WEA, “[T]here are still many structures and symbols that uphold a legacy of racism, oppression, exclusion, and inequality” both “within the [WEA] and public school districts in Washington.”

These deeply ingrained racist forces within WEA itself would purportedly be eradicated by the union’s “commitment to becoming an anti-racist organization,” manifest through symbolic gestures like flying a BLM flag at the union’s headquarters.

Ironically, the WEA decided to raise the BLM flag on Martin Luther King, Jr., Day. Whereas MLK dreamed of a day when people would be judged not “by the color of their skin but by the content of their character,” the WEA resolution condemned “the philosophy of not seeing color, often referred to as being ‘color blind,’” as “detrimental to advancing the cause of racial justice.”

Some WEA subgroups and local affiliates have gone even further in their radicalism.

In 2019, the Seattle Education Association (SEA) — the WEA’s largest local affiliate — denounced the “racist history and influence on Dr. Seuss’ career” and called for the use of more “diverse books and activities” in the annual “Read Across America” program.

But that was nothing compared to the statement released by the “white allies” of the WEA-affiliated Rainier Educators of Color Network after the tragic death of George Floyd.

While the statement painted a picture of inescapable racism and white supremacy, more noteworthy was the gratuitous self-flagellation and extreme Marxism it endorsed.

To absolve these transgressions, the statement demanded that, among other things, school officials:

The lines have been drawn

While a great many teachers disapprove of CRT, unions like the WEA and NEA have fully embraced racial Marxism and, increasingly, old-fashioned economic Marxism. This ideology denies individuality and objective truth, and views America’s founding values and constitutional government as obstacles to be subverted on the road to utopia.

The unfortunate reality is that unions believe parents and families concerned about this radical world view being forced on their children in taxpayer-funded government schools should be fought, silenced and ignored.

There are no easy solutions. Hearts and minds need to be changed through winsome public discourse, but more is required. Activist parents getting involved in local schools, speaking out at school board meetings and organizing other parents to do the same is necessary, but not sufficient. To be successful in the long term, CRT opponents must do battle with, and defeat, the teachers’ unions.