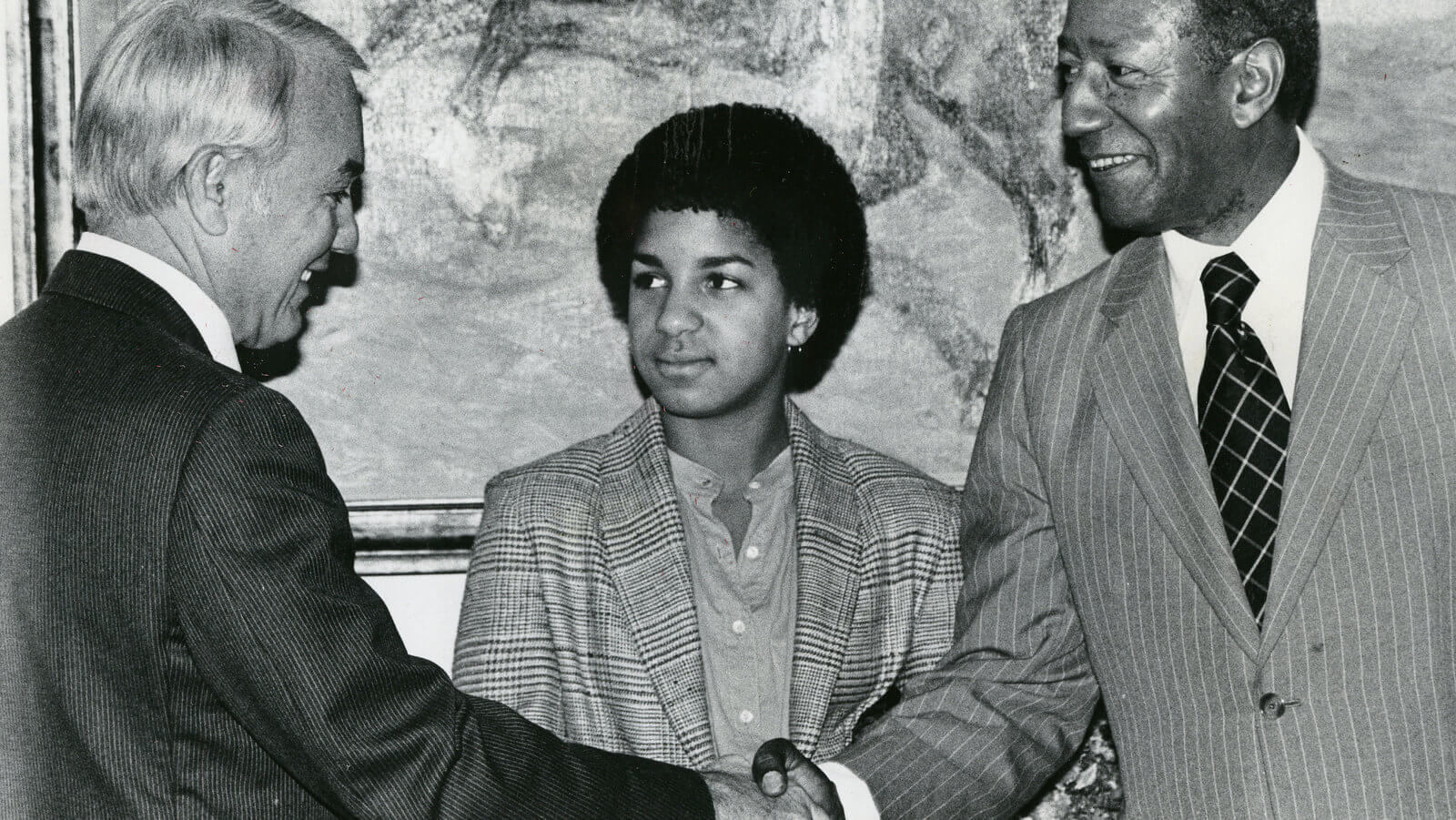 In her memoir, Tough Love, Susan Rice reveals that her father lived his last years in the Portland area, but, for tax reasons, he didn’t actually live in Oregon:

I was deeply disappointed when, in 1997, shortly after Jake was born, Dad decided to move across the country. His timing couldn’t have been worse. He was seventy-eight, and I wanted him close—especially now that his grandson had arrived. Yet, ever since his graduate school days at Berkeley, Dad had dreamt of returning to the West Coast. He was also sick of Washington after forty years and eager to escape the Mid-Atlantic, particularly its tedious winters with occasional treacherous ice storms and excessive summer humidity. Over several years, Dad had toured the Pacific Coast from British Columbia to Northern California, looking for the perfect spot. California, he concluded, was too expensive. He searched for a good view, nearby salmon fishing, reasonable cost of living, and proximity to a major airport.

Finally, he found his place: a comfortable house with an exceptional view of the Columbia River and Mount Hood framed spectacularly by his living room and kitchen picture windows. Camas, Washington, is just across the river from Portland, Oregon, and twenty minutes from its airport. Washington State has no state income tax, and Oregon has no sales tax. It was perfect for my frugal economist father.

Emmett Rice was a former member of the Federal Reserve Board of Governors. He knew a thing or two about money. Living in Washington while shopping in Oregon is a smart way to retire.