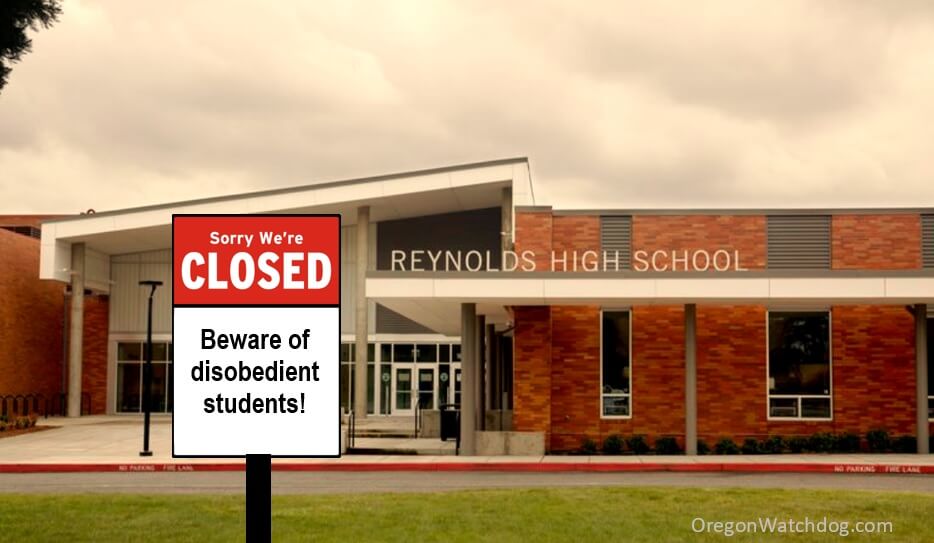 Reynolds Middle School has announced that they are closing their school for three weeks due to repeated misbehavior and fights among their students.   There have been a string of uninterrupted fights among students.  Among the girls they have complained about “Slap-ass Fridays” where they become targets of sexual harassment.  Some have complained of being hit in the breasts and crotch.

This comes at the same time that Oregon politicians have lowered graduation standards to make it easier to graduate.

It also comes at the same time when Governor Brown has been pushing for schools to cease using suspension as a tool to combat violent and disruptive students.  Instead of suspension, schools are moving fighting students to other classless to keep them separated.

The school says the three week switch to online learning is needed “to ensure Reynolds Middle School has the necessary social-emotional supports and safety protocols in place to provide a safe learning environment for all students.”