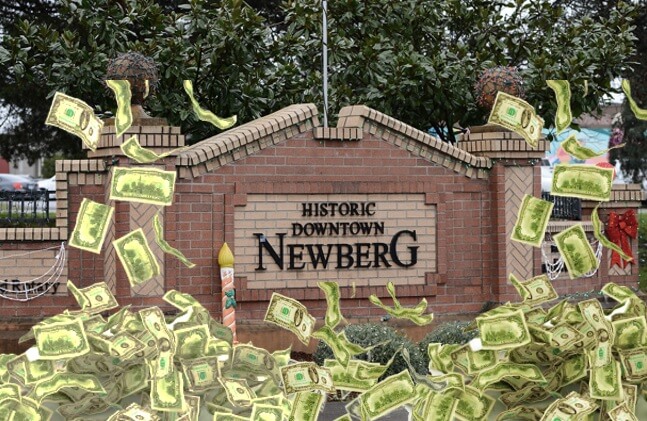 Quite a buzz has been created about the many recalls of local officials being initiated in Yamhill County.  At least two Newberg School District board members face immediate recalls. At least one County Commissioner, and perhaps as many as 6 more local Yamhill County officials are being threatened by activist groups.

This trend is important to the rest of Oregon as the recall strategy seems to be spilling over into nearby counties.

On January 5th ballots will be mailed for the recall of two Newberg School District Board Members, Dave Brown and Brian Shannon.

The recall activists have received heavy financial backing that could surpass $100,000 — an unheard of sum for a small town local school board election. Dave Brown and Brian Shannon have been met with aggressive opposition for attempting to curb political activism by school staff during classroom hours.

The top three contributors to the recalls are Hollywood actress Rosario Dawson (Los Angeles, CA), Hollywood director Justin Simien (Hollywood, CA) and the Oregon teachers union (Portland, OR).  More contributions are likely, but could remain unreported until after the Jan. 18th election.

According to the Oregon Secretary of State’s ORESTAR campaign finance records, Recall Dave Brown, Recall Brian Shannon, and Voices of Newberg, all share the same address on Southeast 20th Ave in Portland. Their combined fundraising total sits at $70,805, when discontinued signature-gathering committees (PAC ID#’s 21724, 21630) are included.  The campaigns have been running very professional TV ads.

The recall campaign websites avoid discussing the left-wing politics that appear to motivate their donors, but instead allege the reason for the recalls of Dave Brown and Brian Shannon is due to the recent firing of a superintendent, Joe Morelock.

Why was Superintendent Morelock fired?

Reports of staff-driven political activism and diminishing test scores were surfacing in Newberg Schools’ classrooms. So in May 2021, Newberg and Dundee voters elected a new majority to the school board.

In response, a majority of school board members, including Brown and Shannon, voted on a measure to end classroom political activism, and instead focus on improving student academics. Morelock refused to follow the direction of the Board.   However, he also did not resign, even though he was unwilling to implement the Board’s policy.

On November 12, 2021, just days after his termination, Dr. Morelock would clearly explain the Board’s decision during an OPB radio interview with Dave Miller. Morelock said, “…you know that we have different philosophies about how to move forward.  So I think for them, that was probably their only option, as our philosophies diverged pretty widely.”