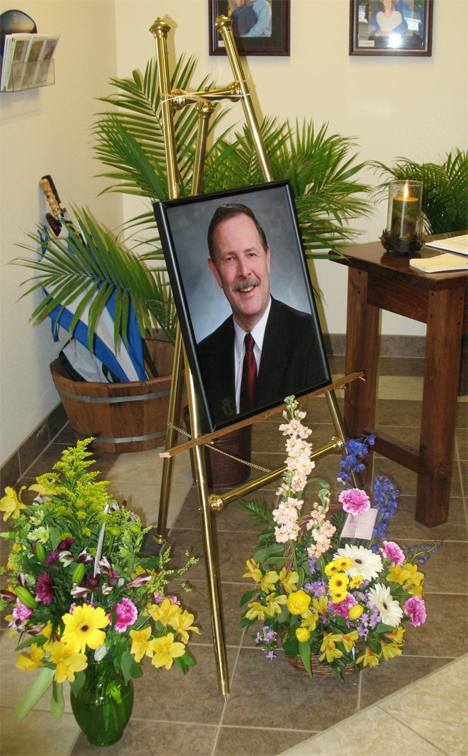 On the way to the funeral you could see Mololla storefront signs announcing Sumner’s passing, a fine tribute to both a great man Mac Sumner and to the values of rural town life.

Governor Ted Kulongoski delivered a funny and poignant speech. You could tell that this man, who has attended every funeral of Oregon’s fallen soldiers, has a sincere and soft side which showed through his remarks and his outreach after the service.

Former Representative Tootie Smith reminisced on running against Sumner for the House. Tootie retold how even as a political opponent, Mac Sumner exhibited kindness that she rarely saw in the political world. Tootie said it best when she concluded “I am proud to say goodbye to such a good man.”

It was hard for State Senator Roger Beyer to speak when he did. Beyer spoke about the emotional last six months of Sumner’s cancer battle and how he fought it to the end.

The attendance was a beautiful collection of lawmakers from both sides of the aisle. Those I saw were; Senate President Peter Courtney, Rep. Dave Hunt, Rep. Kevin Cameron, Rep. Scott Bruun, Rep. Bob Jenson, Rep. Karen Minnis, Rep. Chip Shields, Rep. Kim Thatcher, Rep. Vic Gilliam, Rep. Debbie Boone, And former lawmakers Jeff Kropf, Charles Starr, and Billy Dalto. I am sure there were many more in the crowded stadium that were not listed here but offered their time nonetheless.

A military flag posting was done to honor Mac’s service in the military.

Mac is survived by his wife Sandy Sumner, who works in the State Capitol and is well known around Oregon as a volunteer and activists for family values causes. Our prayers and thanks extend to Sandy for sharing Mac with us. 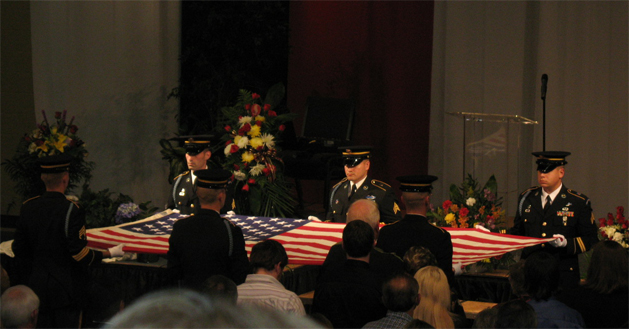