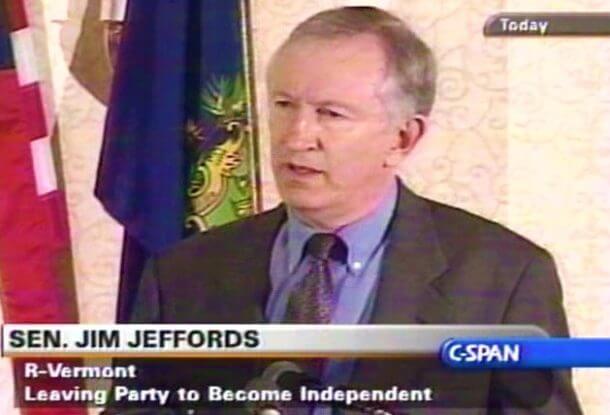 Someone is knocking on the national Democratic Party’s doors in Arizona, West Virginia, and the U.S. Senate. This knocking leads to two questions the big donkey needs to ask.

Given the absence of a surname in that first answer, the next question that needs to get asked is naturally: “Jim who?” The answer is “Jim Jeffords.”

If that name prompts another question like: “Who the heck is Jim Jeffords?” The answer to the third question is: he is the moderate Republican from Vermont that was pushed around too much by his party the last time the U.S. Senate was split 50/50 after the 2000 election. On May 24, 2001, Jeffords decided to leave the Republican Party and caucus with Senate Democrats, flipping control of the chamber. And it was a reconciliation bill that brought it on two decades ago. My, how history can rhyme.

I see too little reporting on this possibility. Either Krysten Sinema of Arizona or Joe Manchin of West Virginia could very easily pull a Jim Jeffords today and retain their seats as independents.