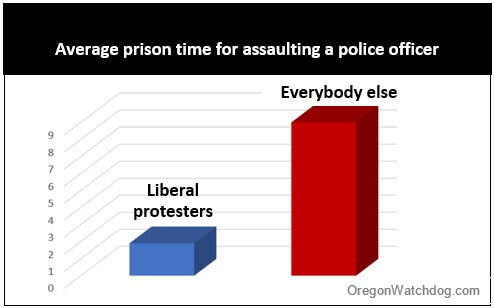 Here is an example of liberal activists at anti-police riots who received light sentences: 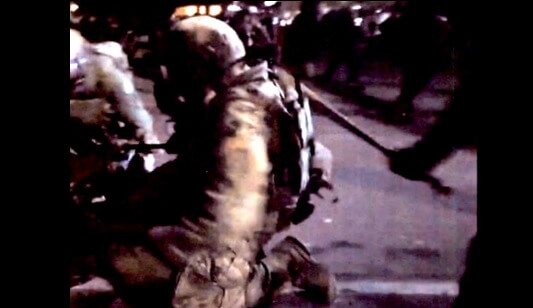 • During a 2020 anti-police riot near the U.S. Courthouse, Jacob Michael Gaines attacked police officers with a hammer that could have killed them. He was sentenced to only three-plus years in prison.

• Eva Warner was arrested three different times for rioting in the same month during anti-police protests. She was found guilty of assaulting a police officer by trying to blind him. She also tried to escape arrest. Warner received no prison time and only 30 hours of community service.

• Marcus Gene St. Clair was caught possessing meth, evading capture, and throwing a helmet at a police officer. He was sentenced to 12 years in prison.

• Hayden Davis attacked a corrections officer and attempted to break into a residence. He has been sentenced to six years in prison.

Liberal judges and prosecutors appear to be easier on criminals who commit the same crimes because of their politics—even when the crime is so serious and life-endangering as when someone assaults a police officer.

Note: There are limits on the comparisons because no two cases are exactly identical and also with multiple factors, yet we used every example we could find in the Oregon media on people being sentenced for assaulting a police officer, which was only five, but enough to make this observation.

— Help Taxpayers Association of Oregon’s campaign to end the soft-on-crime and early release of criminals efforts that are turning Oregon into a war zone. Contribute online at OregonWatchdog.com (learn about a Charitable Tax Deduction or Political Tax Credit options to promote liberty).