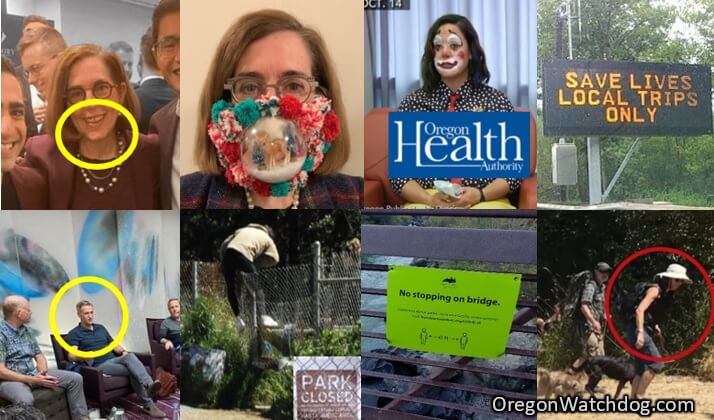 For the record, we were all in a pandemic and therefore we afford a lot of thanks to our public servants and grace to our leaders for human mistakes, but these photos represent avoidable errors in the name of enforcing Oregon Covid rules which were among the nation’s longest and most restrictive. 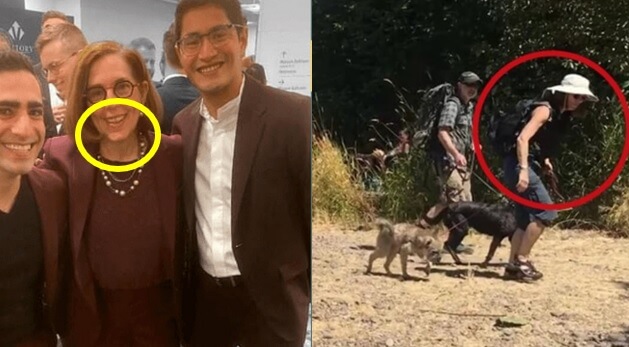 #1. & #2. Governor Brown violated her own rules:  Governor Brown didn’t wear a mask at a DC fundraiser while our mask rules applied.  During the 2020 outdoor mask rule (yes there was one) Governor Brown was caught hiking without a mask.  Also, Governor Brown jumped ahead of the line of other seniors to get a vaccine shot despite making a public promise not to do so. 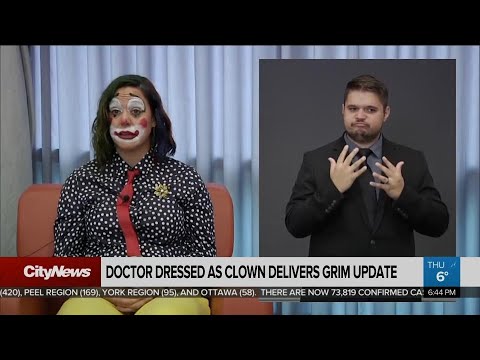 #3. Oregon Health Authority dresses as clown for Covid-19 death video update:  During Halloween the OHA spokesperson dressed as a clown while she gave out death reports on Covid. 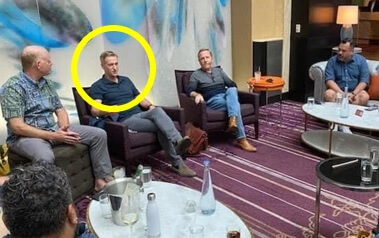 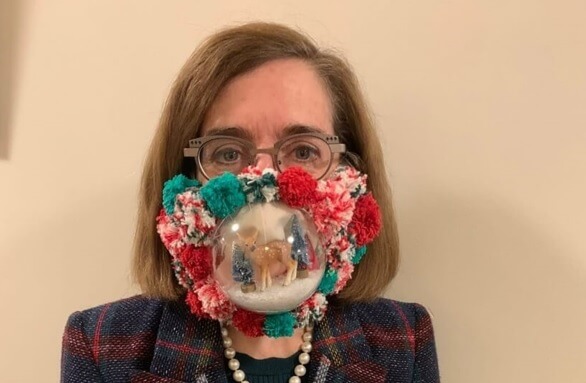 #5. Governor Brown mocked nationwide for mask show: Yes, Governor Brown did this for charity but her over-the-top snow globe Christmas mask wasn’t worth the national backlash or  feelings of disconnect among Oregonians who were wearing masks far longer than most Americans.  To tout one’s masks publicly but not to wear it privately (as previously shown) is a disservice.  Below is a chart of how late Oregon has been to lift it’s mask mandate. 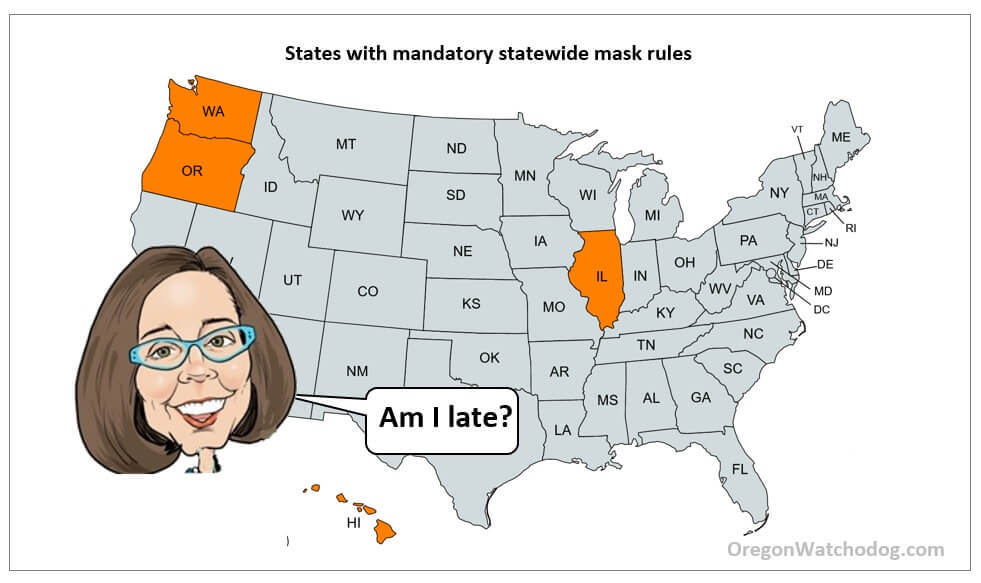 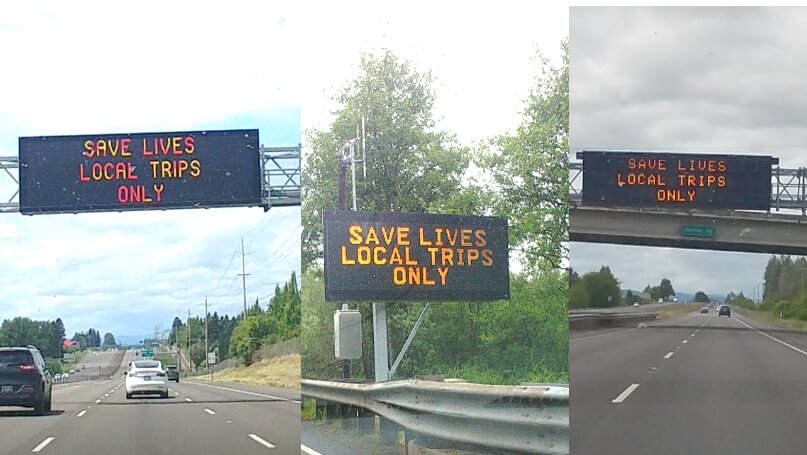 #6. Blocking people from leaving their own town: By June of 2020 there was a world scientific consensus that Covid’s greatest risk was (1) indoors, (2) poor ventilation (3) very close to infected person and (4) remaining close for 15 minutes to the same infected person.   Outdoor activities were seen as a widely safer activity.   Yet, Oregon told people to stay indoors and tried to prevent people from going to the beach or to a park long after it was known that these were safer activities.   Without being able to leave for safer open spaces people congregated more in their homes with others or in limited shopping areas with crowds which only increased the risk of the spread. 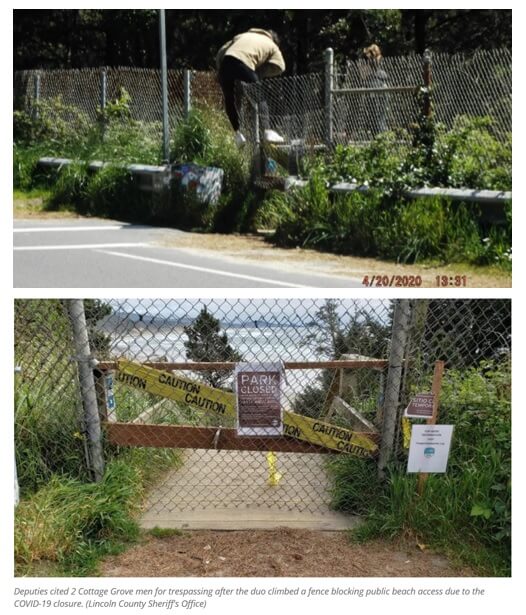 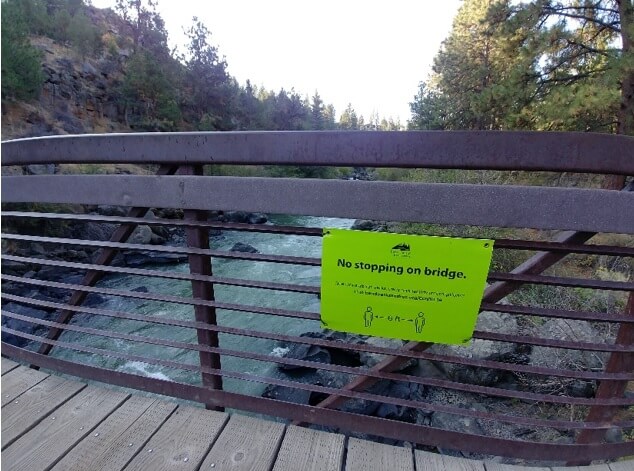 #8. Blocking people from standing still:  In Bend, this bridge sign instructs people to not stop walking to enjoy the view due to risk of endangering others with Covid.

What photos did we miss?

Send us your photo and we just may add it to our collection: