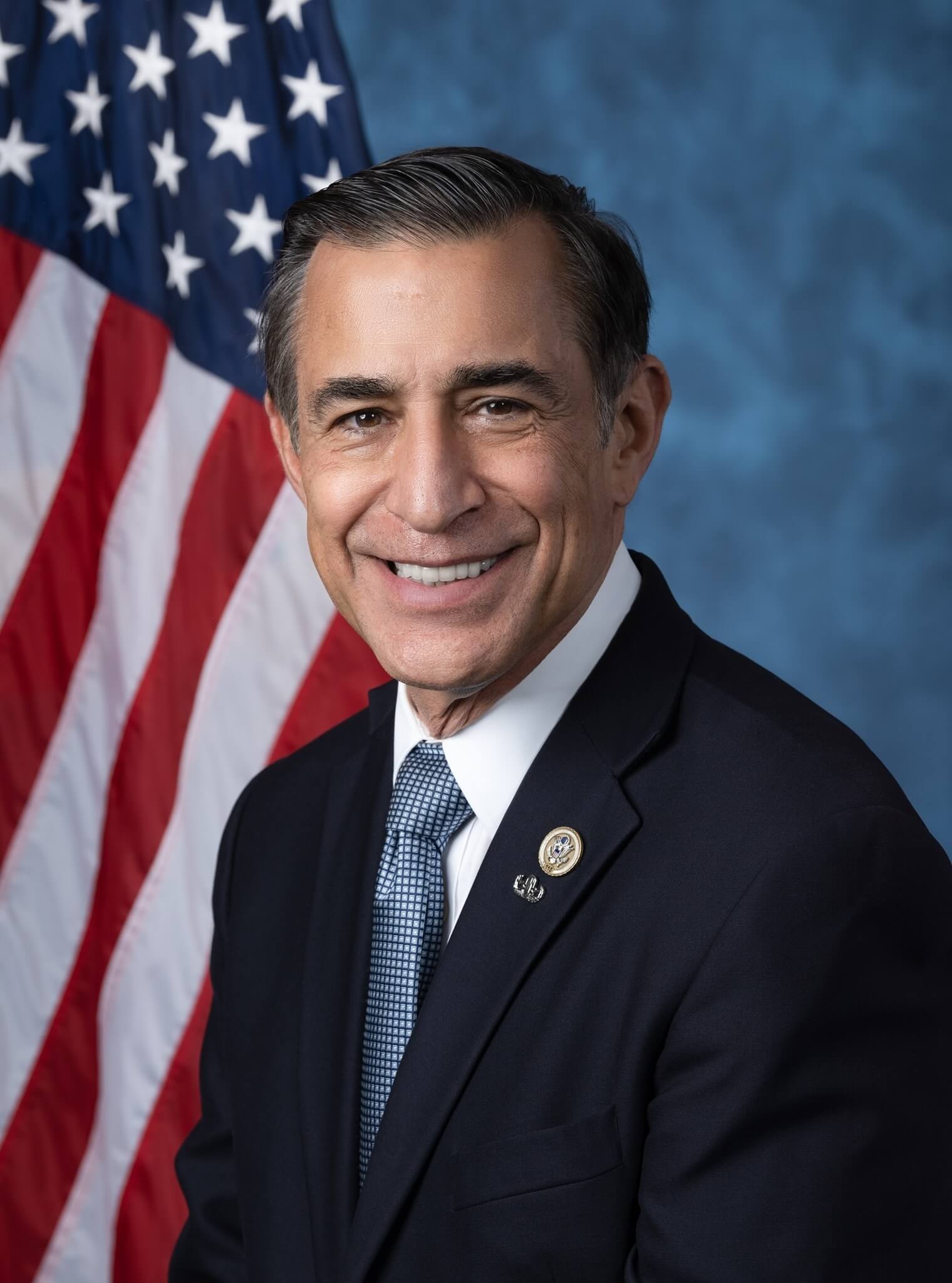 March 18, 2022—Darin Harbick’s campaign for United States Senate against incumbent Ron Wyden gained major ground this week with an endorsement from Congressman Darrell Issa, an influential member from southern California. “I am so grateful and humbled to receive this endorsement,” said Harbick.

“Like me, Darin has a strong record as a business leader and entrepreneur,” said Congressman Issa. “We need more leaders in Congress who understand what it takes to succeed in our economy and create jobs that benefit every American.”

Harbick is a hardworking small business owner, and community volunteer. “Darin is a man of faith and integrity, devoted to family,” the Congressman explained. “Oregonians can count on him to be a

principled leader who will fight for their values.”

Harbick appreciates Congressman Issa’s leadership as a senior member on the House Foreign Affairs Committee and the House Judiciary Committee, as well as his past experience in the US Army. Congressman Issa has been especially critical of the energy crisis created by the White House and the pain that Americans are feeling at the pump.

“One year in office and we go from energy independence to the highest prices for oil in seven years,” noted Harbick. “The Biden/Wyden agenda is costing us every time we fill up our cars.”

Congressman Issa’s House District 50 covers a large portion of San Diego county so he has worked hard on Capitol Hill to crack down on drug and human trafficking along the US-Mexico border.

Harbick recently spent time along the border to learn first-hand how criminals take advantage of holes in the border wall. He and Congressman Issa understand lives in Oregon and California are

devastated as a result of these gaps in security.

“The Biden and Wyden open border policy is having deadly consequences,” added Harbick. “Fentanyl and other drugs in massive quantities are flooding over our southern border. We’ve seen the brutal impacts of human trafficking by drug cartels. We need leaders in the US Senate who will hold the administration accountable. I will secure the border and lead where Wyden has failed.”