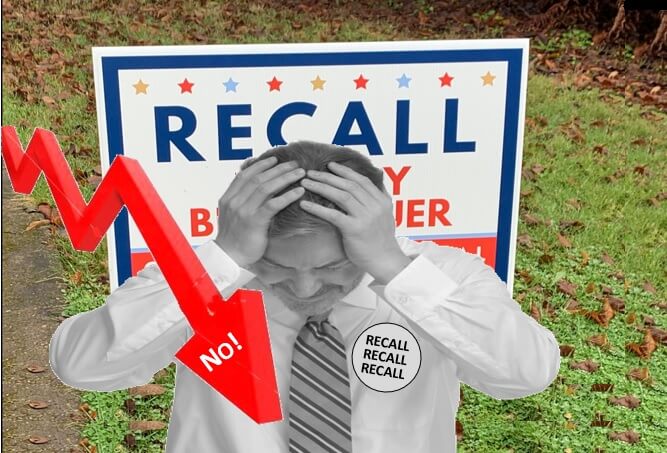 By early counts, the Recall County Commissioner Lindsay Berschauer is failing 52% No to only 48% Yes.

This is the fourth failed liberal-initiated recall to fail recently.

This all started when liberals tried to recall Oregon State Senator Chuck Thomsen for refusing to vote for a a 72-cent gas tax (Carbon Tax).  Liberals spent $158,578 but failed  to recall him.  It was the most expensive recall in Oregon history.

Earlier this year, a total of six leftist PAC’s raised $140,839.57 to recall two Newberg-Dundee school board members.  Liberal activists were angry that the Newberg School Board dared to fire a school superintendent that wasn’t performing.  The recall efforts failed.  These recalls were the second most expensive recall campaign in Oregon history.   Most of the funds came from big union contributions and Hollywood industry donors.

The fourth liberal recall has been the attempt to recall Yamhill County Commissioner Lindsay Berschauer.   The same liberal activists behind the failed Newberg recall were now angry that she wouldn’t break the rules in order to create a public trail.   The same liberals also hated her values on low taxes, government accountability and transparency.   Voters rejected the recall.

These four recalls are a complete waste of taxpayers election money.  It represents liberals attempt to violate the will of voters by undoing the results of the election where their candidate did not win.