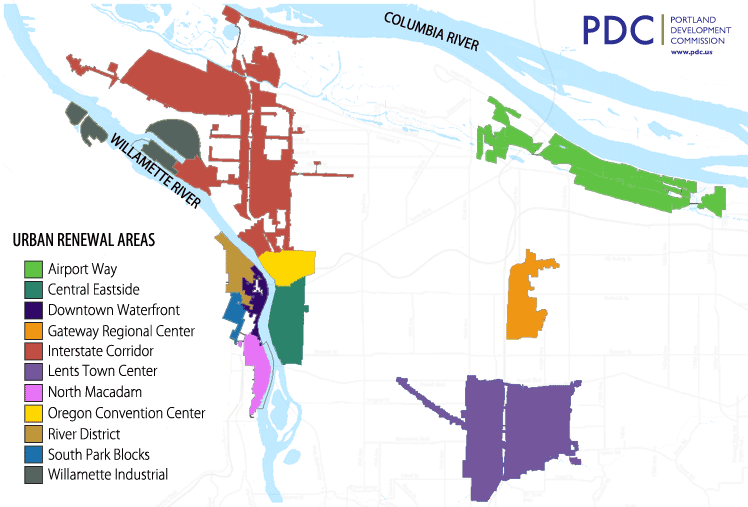 An agency of the City of Portland may come to an end in 2025. Prosper Portland, which is a cuddly new name for the rebranded old Portland Development Commission, may have its last funding sources dry up in three years.

This city commission funds itself by declaring an area of Portland blighted and establishing a tax incremental financing scheme where the tax growth in the area is diverted to fund development, which is another way of saying subsidies for developers get earmarked. And, for leading this effort, the Portland Development Commission would get a cut too.

The pipeline of new projects has been running dry. This agency hasn’t launched a new renewal area in two decades. With 87 employees on its payroll, the commission has seen a 60% reduction in staffing since 2009. Will the rest go in 2025?

The project that Prosper Portland has pinned its future to is the redevelopment of 122nd Avenue, the perennially down and out artery of Portland’s east side. But there is a problem. Progressive activists are actively opposing it. On Wednesday, Willamette Week reported Unite Oregon as saying tax incremental financing is not a mechanism that can be made better.

It’s hard to understand how Prosper Portland could manage to succeed in redeveloping the area around 122nd Avenue and not raise the property value. Maybe they will find a way to use tax incremental financing to fund social services rather than construction projects. That could conceivably avoid making the area more desirable to homebuyers by instead making it a magnet for even more crime and squalor.