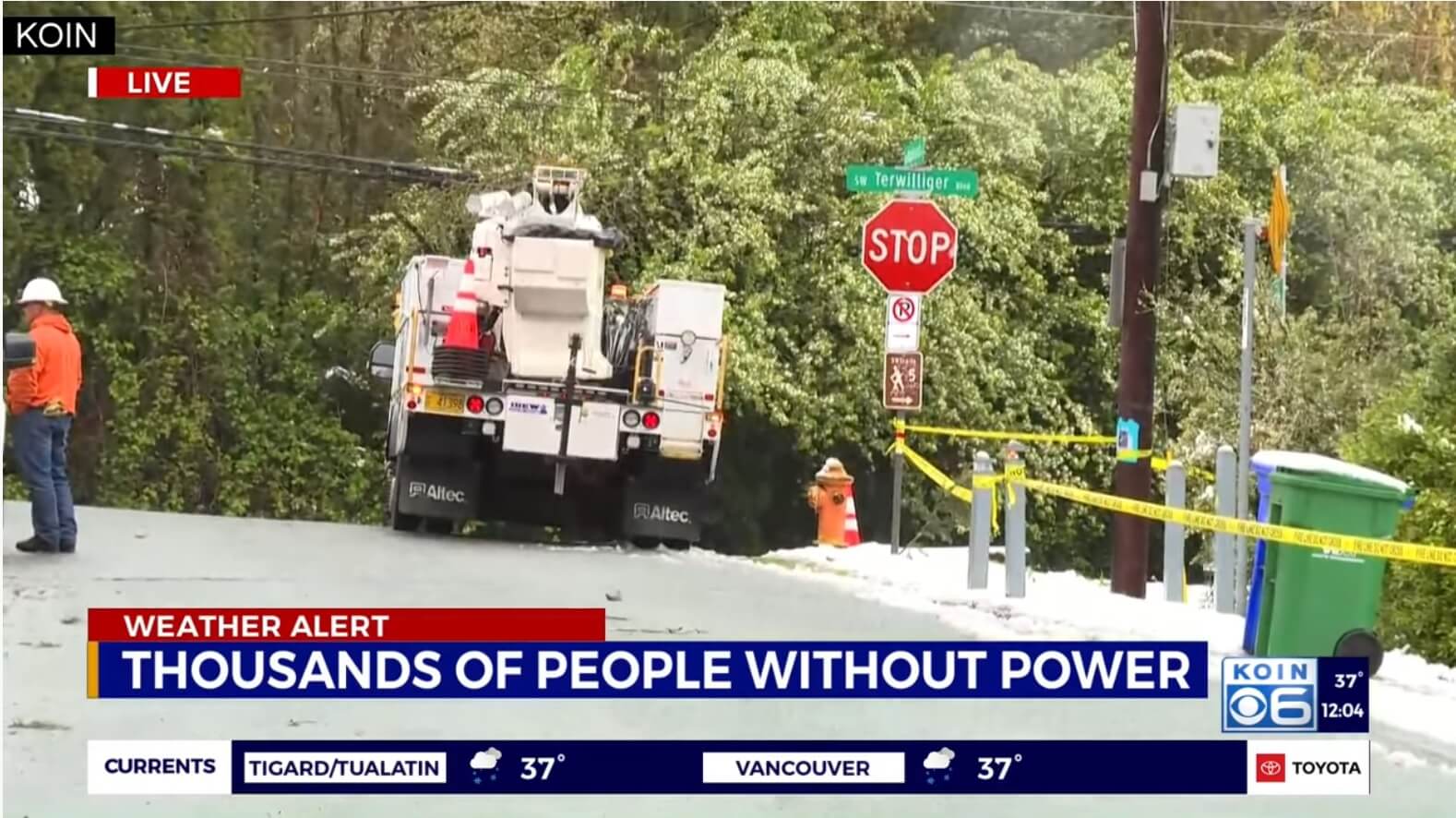 We all woke up to snow this week.

Record snow for the Portland metro

The normally cautious National Weather Service says it has NEVER recorded more than a trace of snow in the month of april.

And that white blanket is falling even as our state and national governments insist on green policies that have pushed gas prices to record highs.

Remember when Joe Biden bragged in the campaign that he would bring an end to the oil industry .

All if it is a sacrifice to the false gods of climate change.

Remember just over a year ago, when he signed executive orders on his first day in office to shut down oil drilling leases and cancel the country’s biggest new pipeline.

And I hope you remember my warnings for literally years that the Democrat Governors in Oregon and Washington plan to shut down coal fired electricity that puts the region’s grid at risk?

Then ask yourself, are you glad your lights and power are still on, on a morning when inches of snow are falling?

Do you want to vote for politicians this fall who promise to leave you freezing in the dark?

And for those who lost power due to this snow…tens of thousands of them, I certainly hope your battery car got charged before the lights went out?