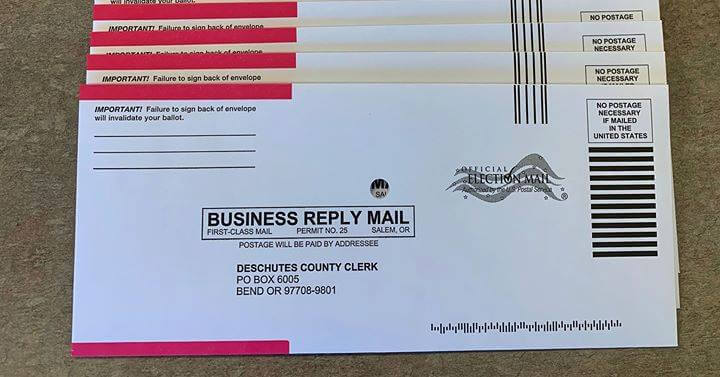 Clackamas County is hogging most of the news about why some Oregon election winners cannot yet be definitively determined. While Clackamas deserves the bad press, let’s not forget the ultimate procrastinator’s law, HB 3291, that replaced the deadline for ballots to arrive on election night with a mere requirement that they are mailed on election day. Add that to another law passed last year that made vote-by-mail postage free, and we seem to have created an unpredictable wave of last-minute mail-in voters who otherwise would have simply dropped a ballot off at an official location in their local grocery store.

Normally, Oregon Democrats don’t blink when given a chance to water down election law standards, but this bill actually barely passed the Oregon Senate. Senate Minority Leader Fred Girod, R-Lyons, put up a great fight to amend the bill, a fight that highlighted its problems when Democrats rejected his fixes. They wouldn’t let the bill get amended, but several Senate Democrats chose to vote no, requiring HB 3291 to pass the Oregon Senate by just one reluctant senator’s vote: Lee Beyer. And it was a close call for him. Springfield, Oregon’s senator did not initially answer when his name was called. Still, he voted yes when it became clear that his vote would be necessary for the bill to pass, saying “I reluctantly voted for this today,” What was his concern? “My concern is, in close races … that delaying the returns for a week or two afterward will undermine faith in the system. I hope I’m wrong.”

But wait. It gets worse. The bill didn’t fully require a postmark! The heart of Senator Girod’s fight centered on a provision in the new law that will allow mailed ballots to be counted if an error in the postal system meant a postmark is missing or not legible which could lead to gaming the system, inviting people to vote the day after election night news highlights a close count. According to OPB, Democrats countered that since ballots still require a voter’s signature, which will double as an attestation, under penalty of perjury that it was mailed on or before election day, we’ve got nothing to worry about. Yeah right, if the ballot is postmarked the next day, well at least it’s signed by the voter! That is not an ambiguous detail we should allow to exist for that rare occasion where an outcome depends on just a few votes. Democrats have replaced the uncertainty on what day a ballot should be mailed to arrive at the elections office with an uncertainty as to whether the ballot was cast after election day. It takes a high degree of partisanship to craft a bill that foolish.