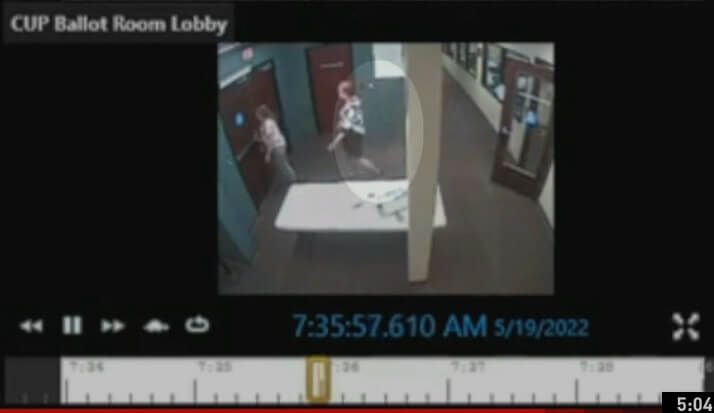 New video evidence contradicts a claim made by Clackamas County Clerk, Sherry Hall, that no one was given access to ballots until 8:00am.   The video obtained by KATU-2 shows an observer for the Congressman Kurt Scharder team being given access at 7:35AM before the building was officially open and other election observers were not allowed inside.  A complaint by Scharder’s candidate challenger, Jamie McLeod-Skinner, has sparked the investigation.

For many election cycles, conservatives have complained across the country of election observers not obtaining access to ballot counting.  It appears that now that the issue effects a contested liberal election, it has drawn media attention.   Welcome to what we have been talking about for ages.

7:34: elections staffer talks with Schrader observer and goes inside.
7:35: staffer walks thru internal doors, then shortly after comes out with Clerk Hall
7:36: staffer lets observer in
7:37: observer signs in
7:38: observer sits down pic.twitter.com/Ff8dHPKfDD

Lars Larson and The Oregonian have called for the Clackamas County Clerk to resign.