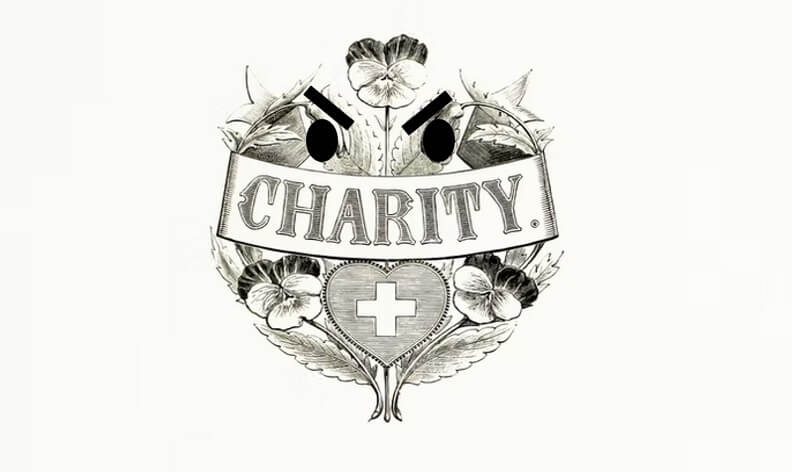 Talk about biting the hand that feeds, or fed, you!

There’s an ambitious, sprawling, and loosely coordinated effort by some of America’s biggest foundations to remake capitalism, according to the Chronicle of Philanthropy.

“Some of the country’s largest foundations…want to upend the very system that allowed them to build massive endowments and personal fortunes,” writes Alex Daniels with the Chronicle of Philanthropy.

“Capitalism must be remade, these foundations argue, because unregulated markets are at the root of the most important social and environmental problems we face,” Marc Gunther wrote in the same journal. “What’s needed, according to an expanding chorus of philanthropy leaders, is a change in the economic system itself.”

The Ford Foundation, the William & Flora Hewlett Foundation, the Omidyar Network and others have already committed nearly $500 million over the next five years to transform the economic system that, not incidentally, made possible the great fortunes that underpin their work, according to Gunther.

The controversy isn’t exactly new. The Ford Foundation has been attacked for years for funding initiatives that Henry Ford would surely have disagreed with. That kind of behavior often happens because Foundations end up controlled by professional do-gooders, usually with a liberal education and leftist leanings.

These types are calling for a new code of business ethics, expanded employee ownership of corporations, and rule changes that would put the environment and equitable distribution of wealth on the same footing as making a profit.

Their agenda bears a strong resemblance to the platform of the progressive wing of the Democratic Party, wrote Gunther. “There is a lot of overlap,” says Felicia Wong, CEO of the Roosevelt Institute, an influential Washington think tank and a grantee of Ford, Hewlett, and Omidyar.

Scott Walter, president of Capital Research Center, a conservative think tank that focuses on philanthropy, noted that huge foundations like Ford wouldn’t exist without the wealth generated by free-market capitalism.

“If the Ford Foundation’s money is so badly tainted, perhaps they should start on a swift course of no longer possessing it,” Walter says. “Let’s redistribute it.”

The entire controversy has been exacerbated by the growing visibility of younger woke anti-capitalist activists. Often they are in philanthropies run by only slightly older, and experienced, people who think they’re already pretty damn woke, thank you, and don’t need to be lectured by their juniors.

The environment has pushed expectations far beyond what workplaces previously offered to employees., columnist James Freeman wrote in the Wall Street Journal. “A lot of staff that work for me, they expect the organization to be all the things: a movement, OK, get out the vote, OK, healing, OK, take care of you when you’re sick, OK. It’s all the things,” said one executive director. “Can you get your love and healing at home, please? But I can’t say that, they would crucify me.”

Ryan Grim, writing in the progressive website The Intercept, said some left-leaning philanthropic leaders seem to have felt so much under attack by their own staff that they have adopted a mantra originating with Andy Grove, one of Intel’s founders, “Only the paranoid survive.”

It’s become so toxic that it’s getting more difficult to hire leaders. “Executive directors across the space said they… have tried to organize their hiring process to filter out the most disruptive potential staff. “I’m now at a point where the first thing I wonder about a job applicant is, ‘How likely is this person to blow up my organization from the inside?’” one, leader said to Grim.

And the turmoil has affected the philanthropies’ ability to do their job. “So much energy has been devoted to the internal strife and internal bullshit that it’s had a real impact on the ability for groups to deliver,” an organization leader told Grim.

Maybe people like Bill Gates, a fierce believer in the fundamentals of capitalism, should worry about the direction future leaders of their foundations will take them. “Flirting with radical change, dramatic change, how we run these systems, I personally — my vote will be not to make a radical change,” he has said.

The temerity of some foundation critics of capitalism is particularly irritating because not only were their foundations created through the success of their founders, but their continuing work is only possible because of capitalism’s success.

Large foundations like Hewlett are not only the product of free-market capitalism, but also remain tremendous beneficiaries of it., says Robert Stilson, a research specialist with the Capital Research Center, which examines how foundations, charities, and other nonprofits spend their money.

Stilson points out that according to the foundation’s website, Hewlett’s $14.4 billion endowment is invested mostly in private and public equities, and its performance has consistently exceeded the benchmark. Its most recent tax filings disclosed almost $3.8 billion in corporate stockholdings. “Capitalism drives the creation of wealth at left-of-center philanthropies no less than it does everywhere else,” Stilson said.